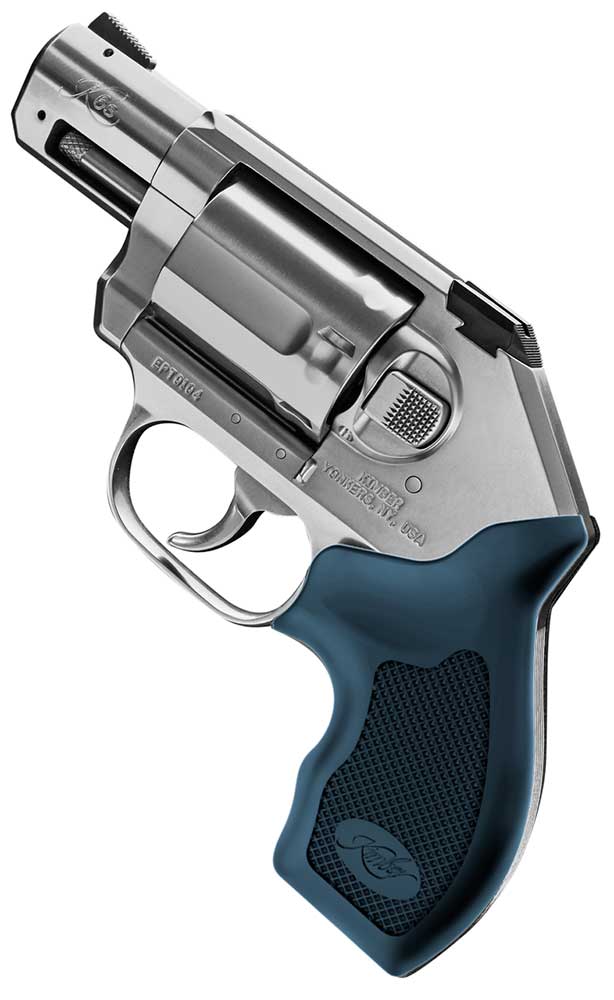 Accuracy was also very good.  Recoil was very manageable, with surprisingly low muzzle flip.  The design really pushed the recoil backwards into my hand, and despite the snubby barrel, I was back on target very quickly.  Kimber was using .357 Magnum rounds–I was sure to check.

If you like revolvers, you owe it to yourself to at least test fire the Kimber K6s yourself.  I think you’ll see Kimber did a fantastic job with this little gun. 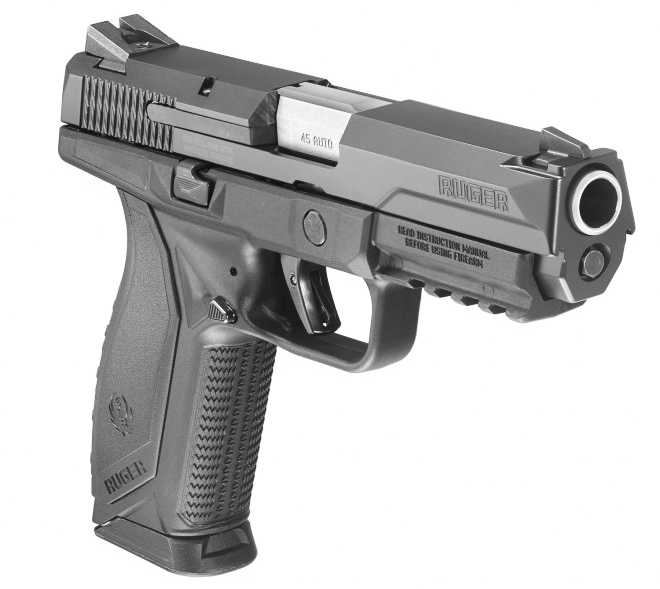 Got to shoot the Ruger American Pistol at the Industry Day at the Range at SHOT Show this year.  For the most, part I was really impressed with this gun.

I still don’t like the clunky breakdown lever that looks like scrap metal glued to the side of the frame.  And for some reason my 9mm shots did not group so well.  The .45 version however was spot on.

The RAP felt very good in my hands.  Recoil was very manageable, with the 9mm being just a little snappier than the .45 ACP.  Both were easily tamed for rapid follow-up shots.  Sights and sight picture were good.

Unfortunately, the one feature I was a little disappointed with was the trigger.  I like the trigger safety bar feature very much, being a Glock user for over 16 years.

However, the Ruger American Pistol’s trigger pull was a bit long for a striker fired pistol.  Trigger reset was also longer than I would have preferred (almost totally back to the starting position).

The most disappointing feature though was what I can only describe as a “springy” trigger movement and feel.  This was on both the 9mm and .45 ACP pistols I shot so it seems this is just the Ruger design.  When pulling the trigger and moving to reset it I could literally feel a spring-like resistance (both directions).  I could not call the RAP trigger pull smooth–consistent yes, but just not really smooth.

The things I’ve mentioned would not preclude me from recommending the RAP for purchase or use as a self-defense, or even duty pistol, but they are features that someone must consider and “get used to” I suppose.

Ed. note:  Thanks for the SHOT coverage, buddy!  When Aaron talks, it is wise to listen.  He is a veteran police sergeant, a SWAT Team member and sniper, and former narcotics detective.  He knows his way around a bullet launcher.  Randall