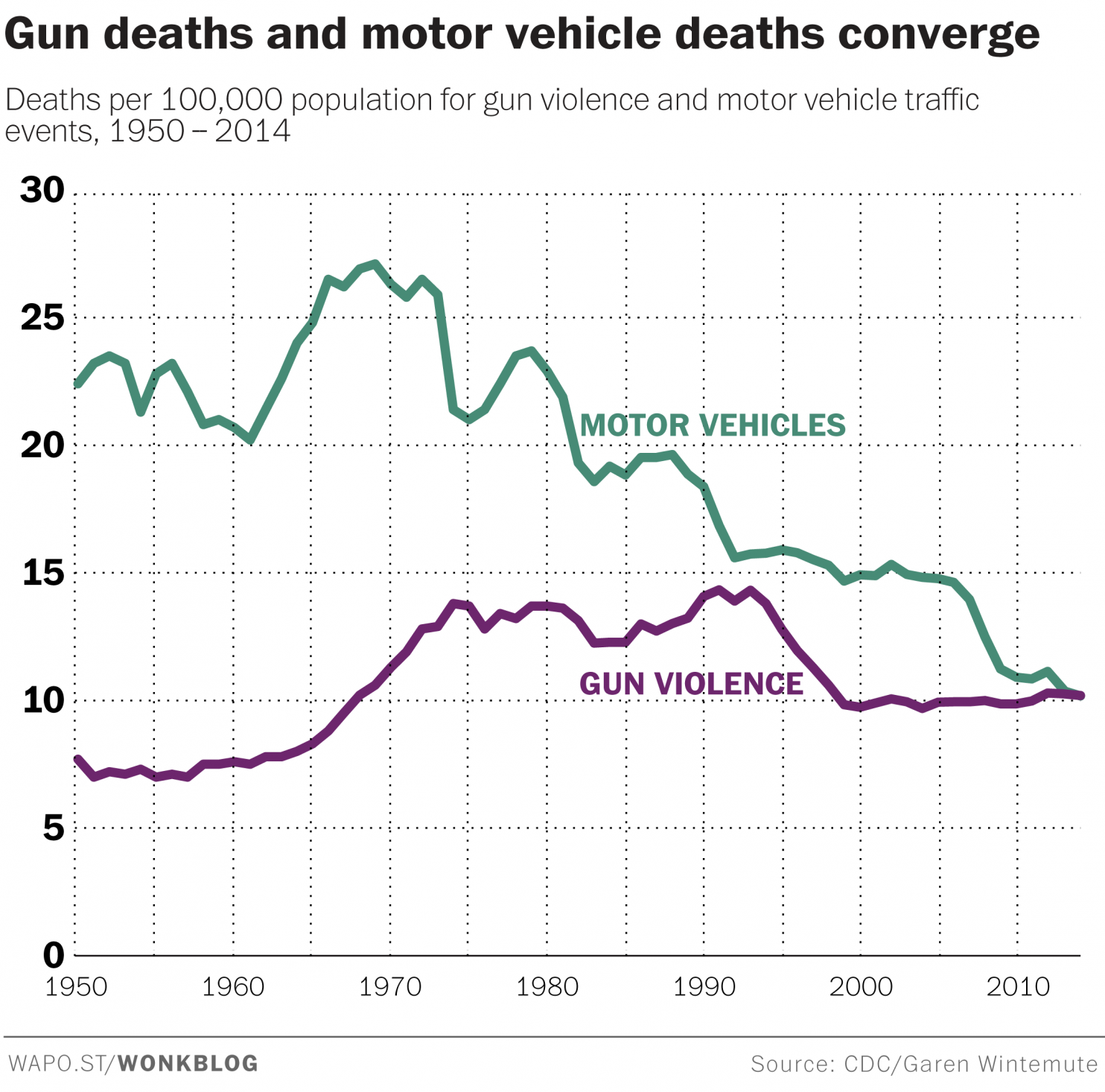 The story here, for me, is the Centers for Disease Control publishing data showing current gun deaths at rates lower than the 1970s, 1980s, and 1990s.  The Mainstream Media would have you believe we are suffering through the worst gun violence in American history.  In fact, the Washington Post Blog’s headline for the above graphic was, “Guns are now killing as many people as cars in the U.S.”  Wholly suggestive.

The Pew Research Center published their own graphics based upon the same CDC information.  Although Pew used slightly different measures, the trend was consistent.  Gun violence fell in the 1990s and has remained steady at pre-1970 levels.

In a 2013 Pew poll, 56% of those participating thought U.S. gun violence was actually higher now than 20 years ago.  I wonder how that false notion was embedded in people’s heads.  The Pew data was published under the headline, “Gun Homicide Rate Down 49% Since 1993 Peak; Public Unaware.”

There is no doubt that gun deaths and non-fatal victimizations are tragic.  It is heartening to see that they are not as bad as “The Daily Press” would have you believe.

Wait!  This just in:  Cars now kill as many people as guns!  Car control, now!