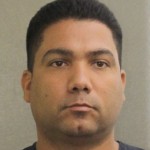 Broward Sheriff’s Deputy Peter Peraza was indicted Friday by a grand jury for manslaughter in an on duty shooting. He is the first Florida law enforcement officer to be indicted by a grand jury since 1991 for an officer-involved shooting.

In July of 2013, Dep. Peraza responded with other deputies to reports of an armed suspect walking in an apartment complex. The suspect refused to drop his rifle and did not comply with the deputies’ commands. Deputies stated that the suspect pointed his rifle toward them. He was shot and killed by Peraza, who fired three bullets.

It was found that the suspect’s weapon was an unloaded air rifle. The suspect was wearing earbuds, which may have prevented him from hearing the commands. In the context of this incident, neither fact mitigated what the deputies would have perceived as an active threat.

Dep. Peraza will plead not guilty and seek a jury trial, according to his attorney, Eric Schwartzreich. “Deputy Peraza ultimately gave commands to the man to drop his weapon. His commands were ignored. At that point in time, the rifle gets pointed at the deputies. Deputy Peraza only discharges three shots. The perceived threat is neutralized, he holsters his weapon, and fire rescue is called.”

“While it is sad and tragic that a young man lost his life, we cannot ignore the facts,” Schwartzreich said. “Deputy Peraza received a dispatch that there was a man with a rifle walking down the street. The man was walking in an area filled with civilians.”

This entry was posted in Legal, Officer Safety, Street. Bookmark the permalink.