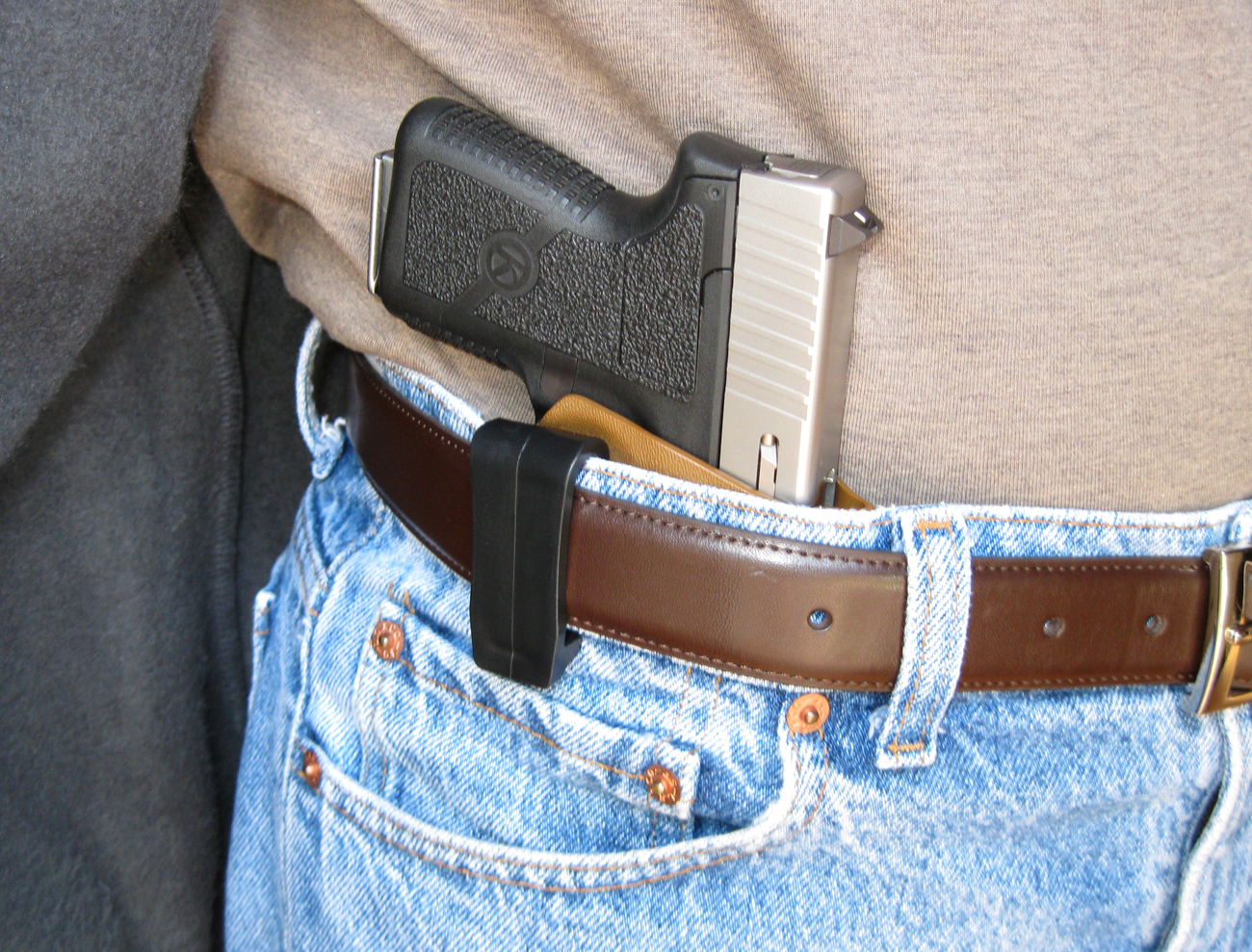 Imagine you are working road patrol in your uniform and marked squad car at the scene of an urban disturbance when you see a man walking up behind you on a crowded sidewalk.  As he moves closer, you see he has a 9mm handgun in plain view, tucked into his waistband over his shirt.  You make eye contact, but, despite your unease, you cannot stop and ask him about the pistol because that would be against the law.  Does this make sense?

Under 2015 Senate Bill 300, and its companion, House Bill 163, open carry of firearms would be legal in Florida if the person possesses a state-issued concealed carry weapons license (CCW).  Both bills, in their respective Judiciary Committees now, would result in a $5,000 fine and loss of qualified immunity for an officer to question that man about his gun in the above scenario.  A cop’s agency would suffer a $100,000 penalty.  Fines are under 790.33 (3).

The new legislation specifically prevents an LEO from “infringing” and asking the armed party if he or she possesses a CCW license, unless the officer has probable cause to believe the person lacks a license.  If I had p/c, I wouldn’t have to ask.  Current law mandates a CCW holder display his license when asked by law enforcement.

Oh, and open carrying without a holster?  Not illegal under these bills, which offer no specifics for manner of carry.  I think this is a safety concern for those who would open carry and the innocents around them.

An earlier draft of the legislation in SB 300 gave business owners the right to keep armed patrons from carrying on their premises.  That language was struck down in SB 300, to the chagrin of the Florida Retail Federation and Florida Chamber of Commerce, but is still included in HB 163.

The NRA says that 45 states have open firearms carry without any problems, but that is an over-simplification.  Some states require retention holsters.  Others allow open carry only in rural areas or with unloaded firearms or with other restrictions.  Florida’s new law would be particularly vague.

Forty-seven Florida Sheriffs oppose SB 300 as it is currently written, as does the Fraternal Order of Police.  Proponents include the NRA, Florida Carry, and the Florida Sportsman’s Association.

If if ain’t broke, don’t fix it.  I support the citizens of Florida being licensed to exercise their Second Amendment rights and carry concealed weapons.  But I don’t think open carry makes us any safer or is a more effective deterrent to crime.  Yes, I am an NRA member.

I urge all law enforcement officers to monitor SB 300 and HB 163.  Legislators and lobbyists will not be putting their lives on the line trying to guess whose gun is legal and whose is not out on the street.  We will.

17 Responses to Florida Open Carry Bills in the Legislature