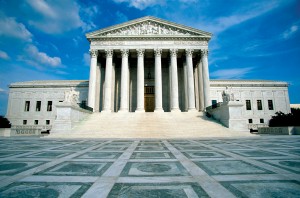 This week, the United States Supreme Court decided upon the validity of an anonymous tip precipitating a vehicle stop.  Prado Navarette v. California was a 2008 case which involved an anonymous tipster calling in a 911 complaint to the California Highway Patrol of a pickup truck that had run her off of the road.  CHP officers pulled over a truck matching the vehicle’s description and subsequently arrested the occupants for possessing 30 pounds of marijuana in the truck’s bed.

In a 5-4 decision, the majority opinion concluded that an anonymous tip can constitute reasonable suspicion for police to effect an investigative traffic stop under the Fourth Amendment.  Citing United States v. Cortez, the Court’s opinion, written by Justice Clarence Thomas, upheld that the Fourth Amendment permits brief investigative stops when the officer has “a particularized and objective basis for suspecting the particular person stopped of criminal activity.”

The Court held that the tip in Prado Narvarette was corroborated by the officers observing a similarly described silver Ford F150 pickup southbound on Highway 1 in the immediate area at the time the tipster gave.  Further, the Court asserted that the 911 caller’s “eyewitness knowledge of the alleged dangerous driving” lends “significant support to the tip’s reliability.”

Central to the Court’s rationale for the legality of the stop was the possibility that the reckless driving was being caused by a DUI driver.  “Running another vehicle off the road suggests lane positioning problems, decreased vigilance, impaired judgment, or some combination of those recognized drunk driving cues,” according to Thomas.  Continued the majority, “Nor did the absence of additional suspicious conduct, after the vehicle was first spotted by an officer, dispel the reasonable suspicion of drunk driving.”  And, “It is hardly surprising that the appearance of a marked police car would inspire more careful driving for a time.”

The dissenting opinion was written by Justice Antonin Scalia.  It is almost comically sarcastic in its tone:  “Or, indeed, he might have intentionally forced the tipster off the road because of some personal animus, or hostility to her ‘Make Love, Not War’ bumper sticker.  I fail to see how reasonable suspicion of a discrete instance of irregular or hazardous driving generates a reasonable suspicion of ongoing intoxicated driving.”

“The Court’s opinion serves up a freedom-destroying cocktail consisting of two parts patent falsity:  (1) that anonymous 911 reports of traffic violations are reliable so long as they correctly identify a car and its location, and (2) that a single instance of careless or reckless driving necessarily supports a reasonable suspicion of drunkenness.”

This also made me chuckle.  “But the pesky little detail left out of the Court’s reasonable-suspicion equation is that, for the five minutes that the truck was being followed (five minutes is a long time), Lorenzo’s (Prado Narvarette) driving was irreproachable.”  Ouch.

Regardless of the dissenting jabs, this ruling gives law enforcement the ability to make a legal stop based upon an anonymous tip, so long as there are articulable circumstances which support the reliability of the information at the time the stop is initiated.  It is a powerful tool that must be used with care and common sense out on the street.

And the sentence for the Prado Navarette brothers for transporting 30 pounds of weed, you ask?  Ninety days in the county jail.  Ahhh, Kalifornia.

This entry was posted in Legal, Street and tagged U. S. Supreme Court. Bookmark the permalink.