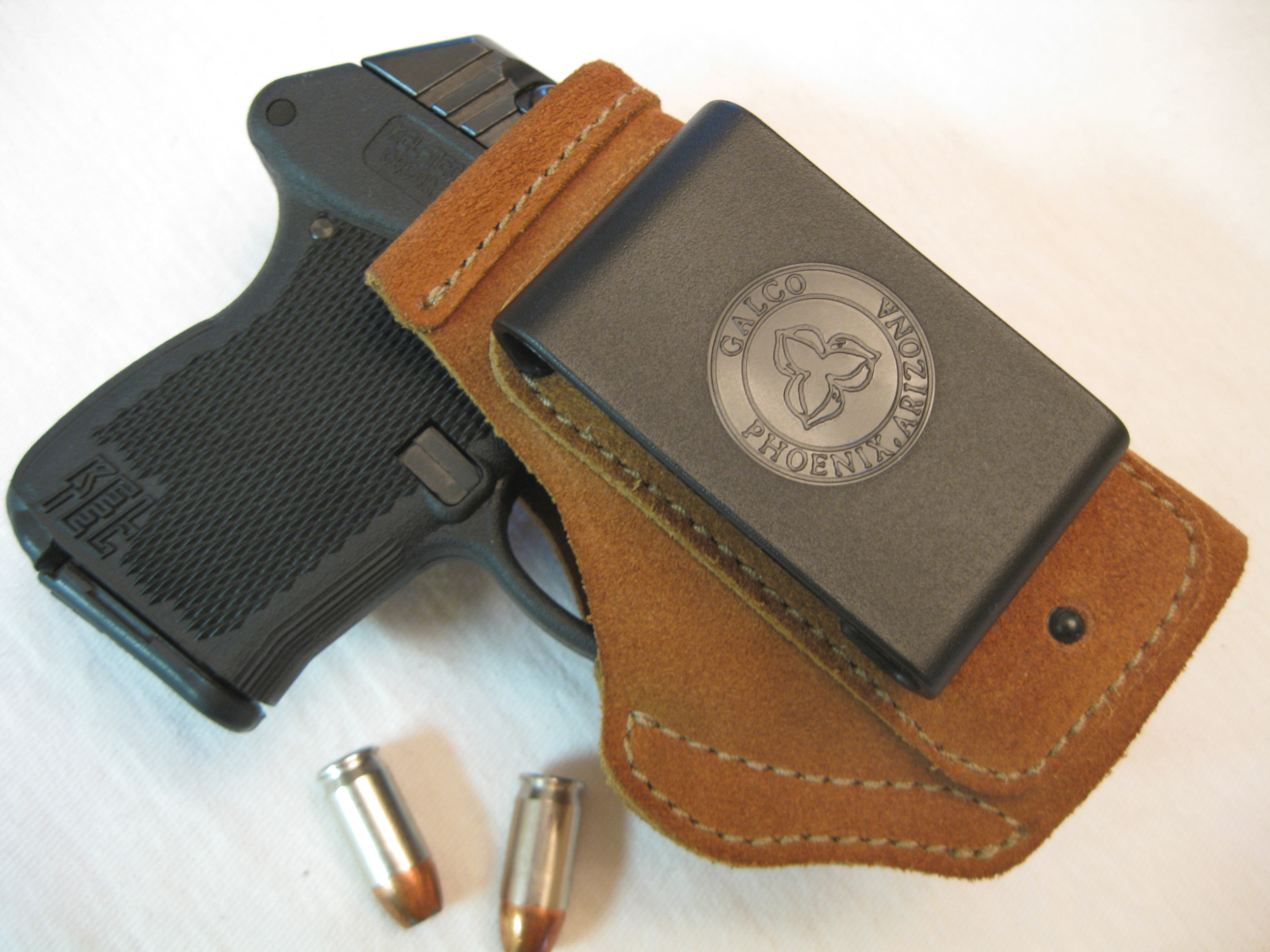 Galco International began making gun leather as the Famous Jackass Leather Company in Chicago circa 1969.  Probably their most known product is the Original Jackass Rig shoulder holster worn by Don Johnson in the Miami Vice TV show of the 1980’s.

I was in college in 1984 when Sonny Crockett was running around Metro Dade toting his signature 10mm Auto Bren Ten in that Jackass Rig.  It looked pretty cool then, but years down the road as a detective I tried a shoulder holster only to find that it is not exactly practical here in the tropical South.

I do have a Galco holster that I wear in civvies, though.  It is the Stow-N-Go from their Concealed Carry Lite line.  This holster is an open-topped, inside-the-waistband carry model made of stitched cowhide.  The Stow-N-Go’s mouth is reinforced, with what I think is a spring steel insert, to facilitate re-holstering of the firearm, a trait not found on many IWB holsters.

There is an injection-molded nylon “J” clip which hooks into belts up to 1 ¾” in width.  This clip is sewn into the outboard face of the leather and runs nearly its entire height, which adds stiffness to the holster. 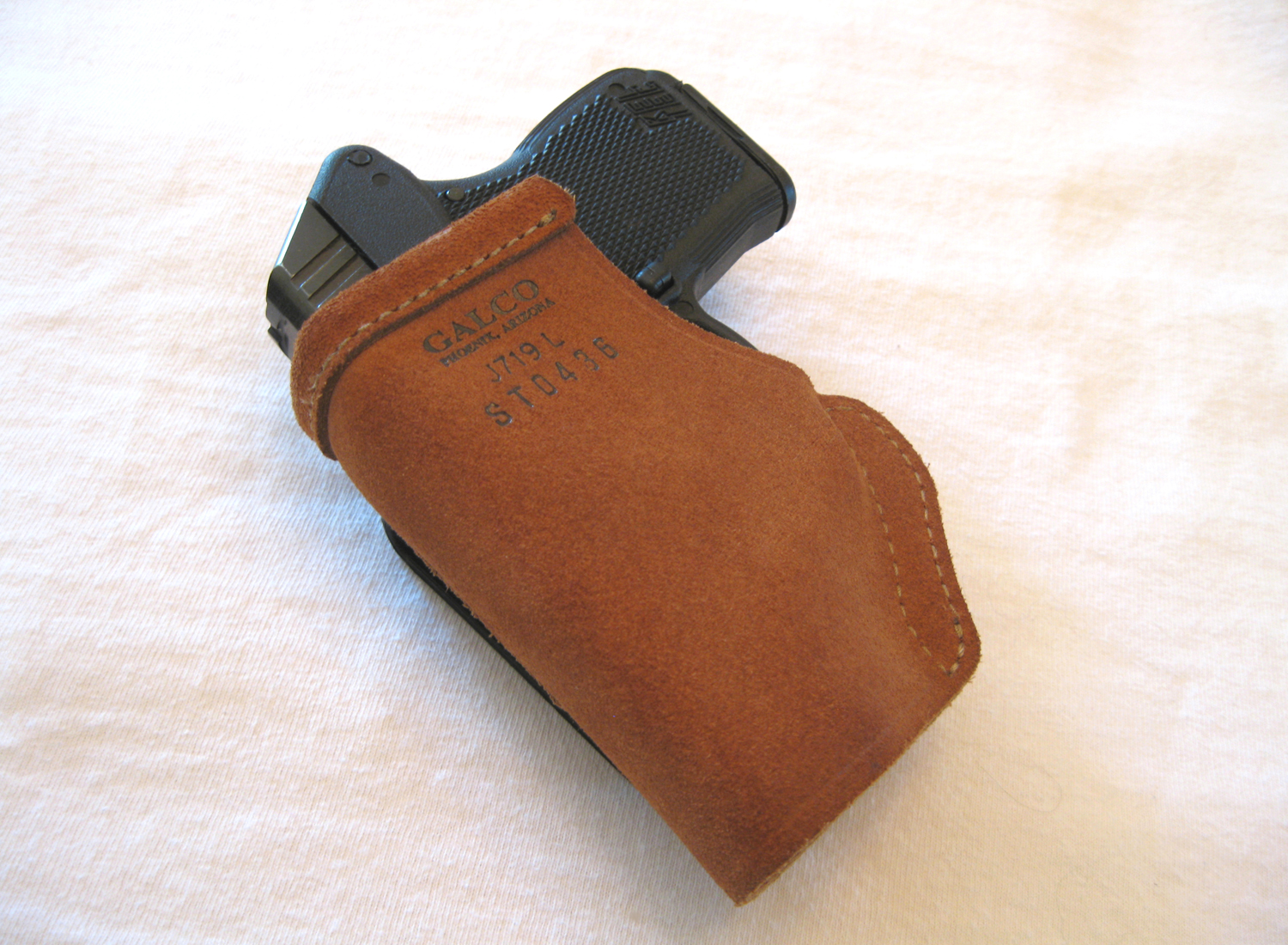 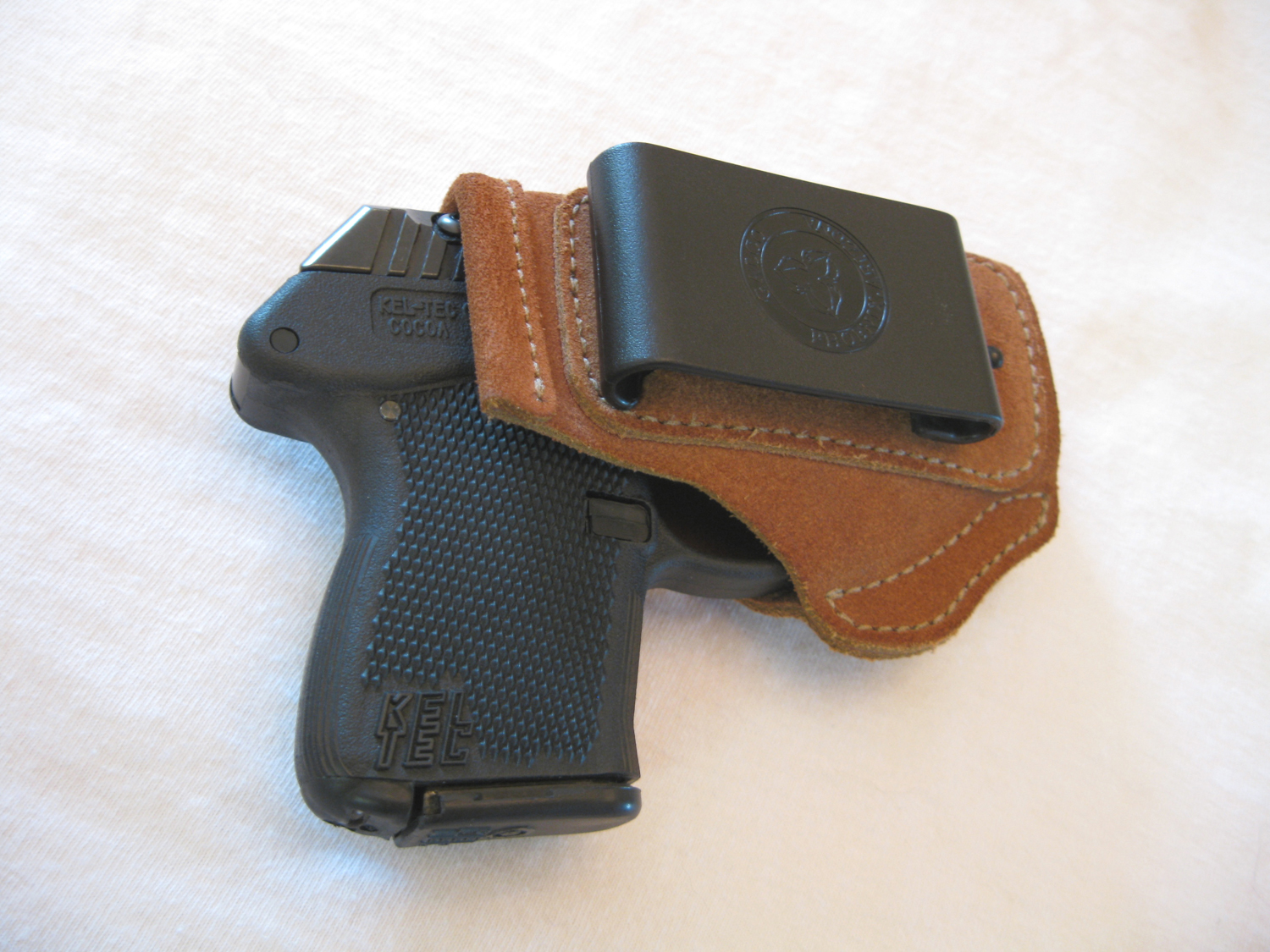 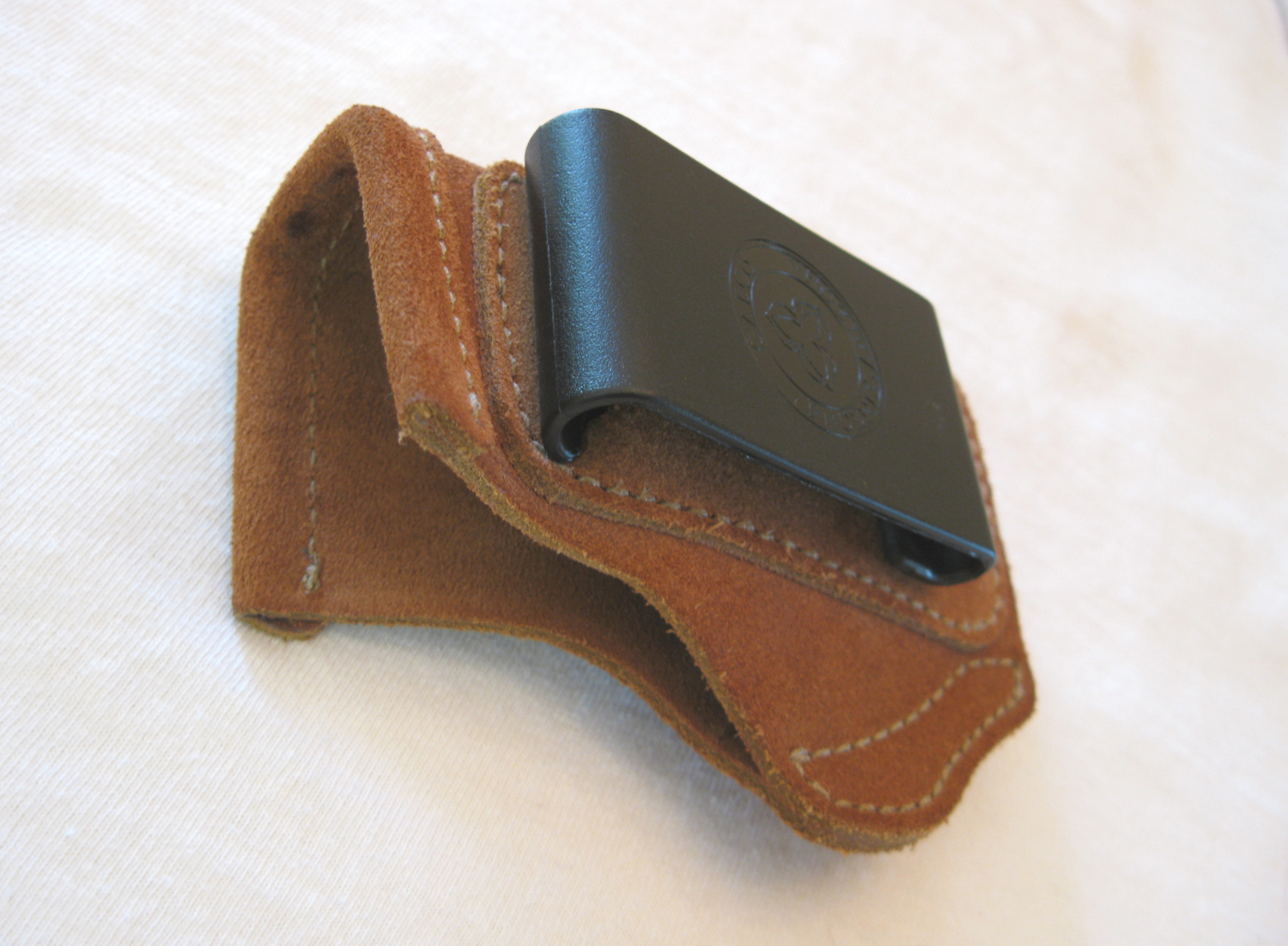 The Stow-N-Go keeps the gun in a neutral vertical position, so the holster can be worn in normal dominant-side, crossdraw, or appendix carry.  For traveling light, I pack my Kel-Tec P3AT in a Stow-N-Go.  Because it’s hot down here most of the time, I prefer wearing a loose t-shirt with the gun and holster at my appendix. 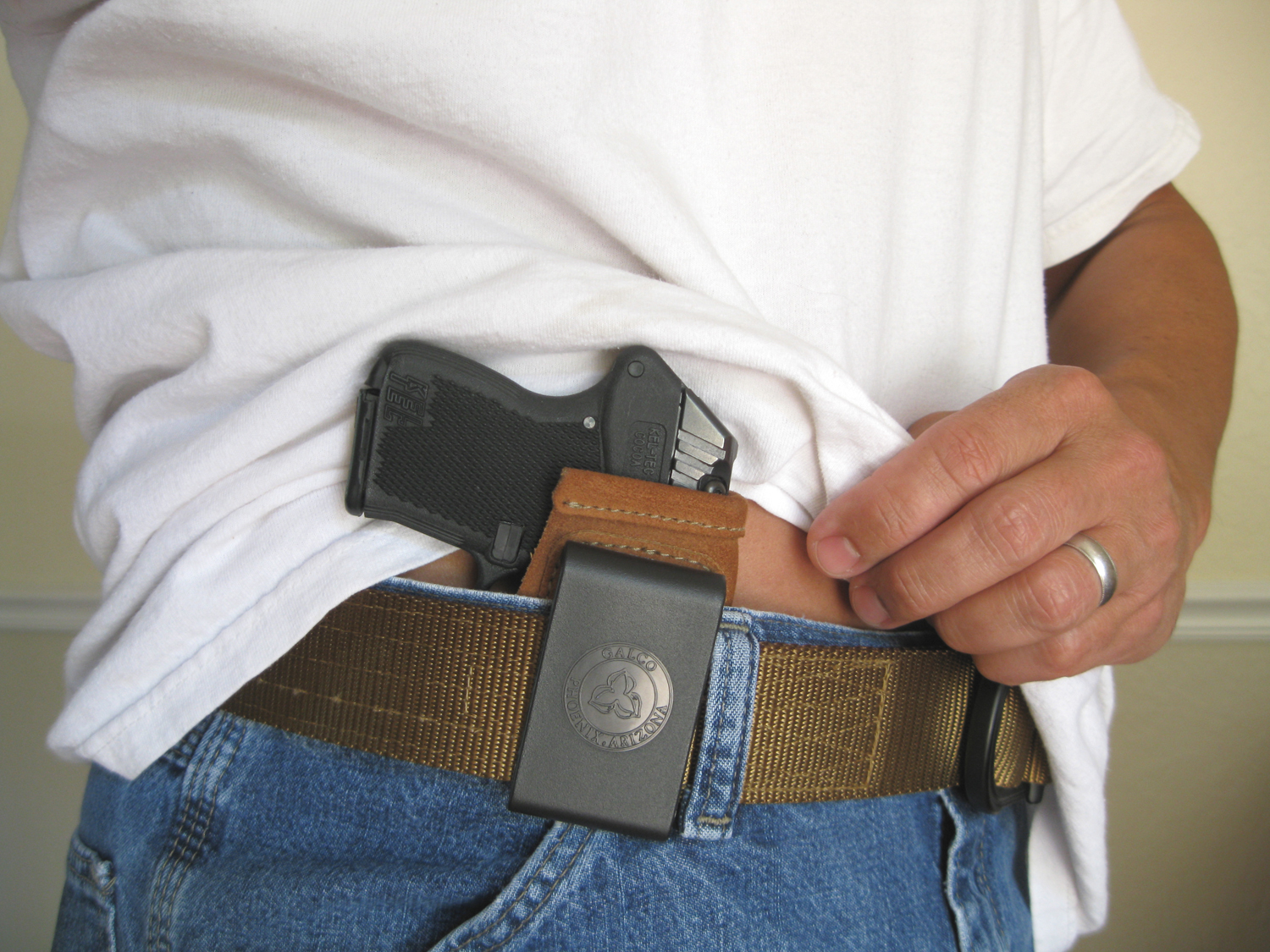 The small .380 fits snugly in the Galco, but draws out very quickly.  Handgun, holster, and spare mag do not excessively escalate the demands on a pair of jeans shorts for a quick trip to the store.

I know, I know, .380 ACP isn’t enough bullet.  According to Speer, their 90 grain GDHP in .380 produces 216 foot pounds of energy at the muzzle compared to just 248 foot pounds from their 125 grain .38 Special +P bullet.  And those are from similar length barrels.

I normally carry more gun, but sometimes remaining armed means being discreet and dressed for the weather.  Seven rounds in the Kel-Tec and seven additional in the extended magazine give me more bangs than a J-frame (like Tubbs had) and Speed Strip.

I can appreciate the quality and functionality of this little holster.  Galco International’s gun leather is Made in the USA.  The Galco Stow-N-Go is available for a slew of guns from full-sized autos to revolvers.  MSRP is around thirty bucks.  A good gun with a bad holster is a good gun that doesn’t get out much. 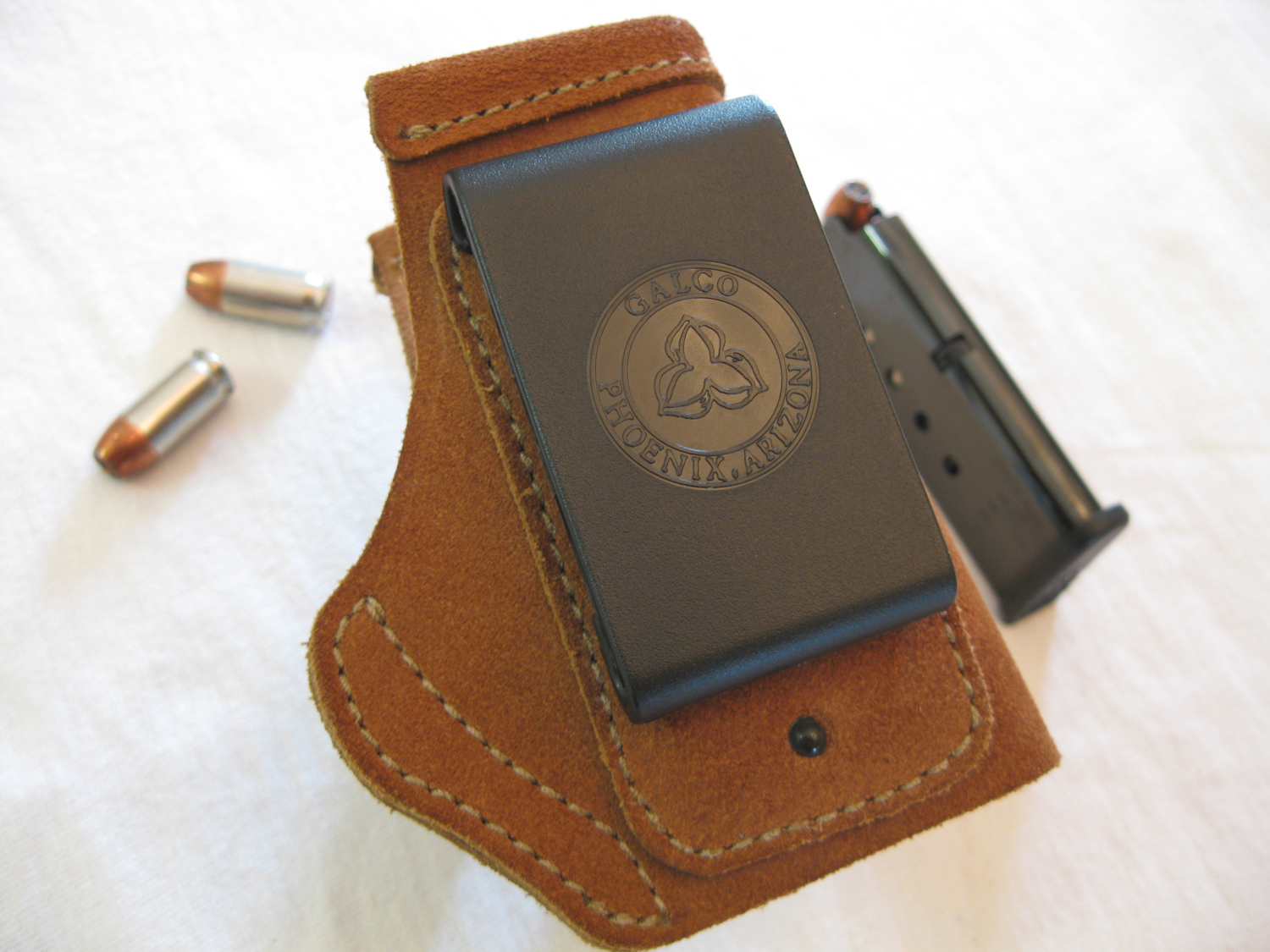 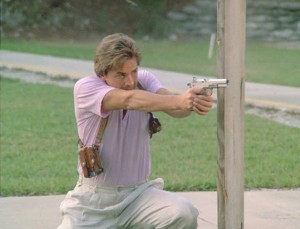 Galco still makes the Jackass Rig, which now has the fitting name Miami Classic.  They still look pretty cool, too, whether you’re lounging on the sailboat with Elvis, shooting it out with drug dealers, or just driving around in the Ferrari, pal.