What You Don’t Know… 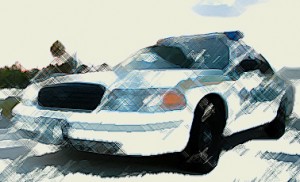 The weather was beautiful, so my wife and I took a walk to get out of the house.  Along the journey, we headed down the sidewalk near a set of waterfront condos.  There was a sheriff’s office cruiser parked parallel to our path.  As we went by the driver’s side of the patrol car, my wife and I waved to the deputy sheriff.  She was young and appeared to be talking on her cell phone–no problem there, she was stationary.  That would pass muster under our General Orders.  She smiled and nodded back to us–good public relations for Starman.

I could not help but feel uneasy as I was strolling by with a loaded gun in a holster under my shirt.  I knew the deputy could not possibly see the handgun.  What gave me pause was that she did not know I was armed and just feet from the imaginary safety of her driver’s seat.  I know I have been in her place many times before.

We assume so much in our line of work.  Two nice people in casual dress walking down the sidewalk in the Florida sun, no harm there.  But it is a set of beliefs based upon what is in the mind of the officer, not what is really occurring.

As an FTO, I used to tell my recruits that it was the guy who smiled at you, hiding bad intent, that would kill you.  “Yes, sir, officer, sir, my ID’s right here in my jacket…”  A suspect’s use of Speed, Surprise, and Violence of Action can make for police funerals.  The one that comes at you saying he is going to hurt you has already tipped his hand and is certainly more predictable.

One of my sector partners once stopped a group of friendly teenagers outside a grocery store in the wee hours.  Before I got there, he had done a consensual pat-down and let them go after asking them where they were headed.  As he told me what had happened, he looked up to see a handgun on the top of the pay phone where the encounter had taken place.  We glanced down the street for the teens.  They had obviously run away.  My partner’s blood ran cold.  It is a story told over and over again, each time with a different cop as the protagonist.

Good training, situational awareness, watching hands, trusting no one, and having an Angel on your shoulder are sometimes all the best we can do.  And, of course, it is said that luck favors the prepared mind.  That works, too.  Stay safe, everyone.