Avoiding the Dangers in a Chemical Suicide Response 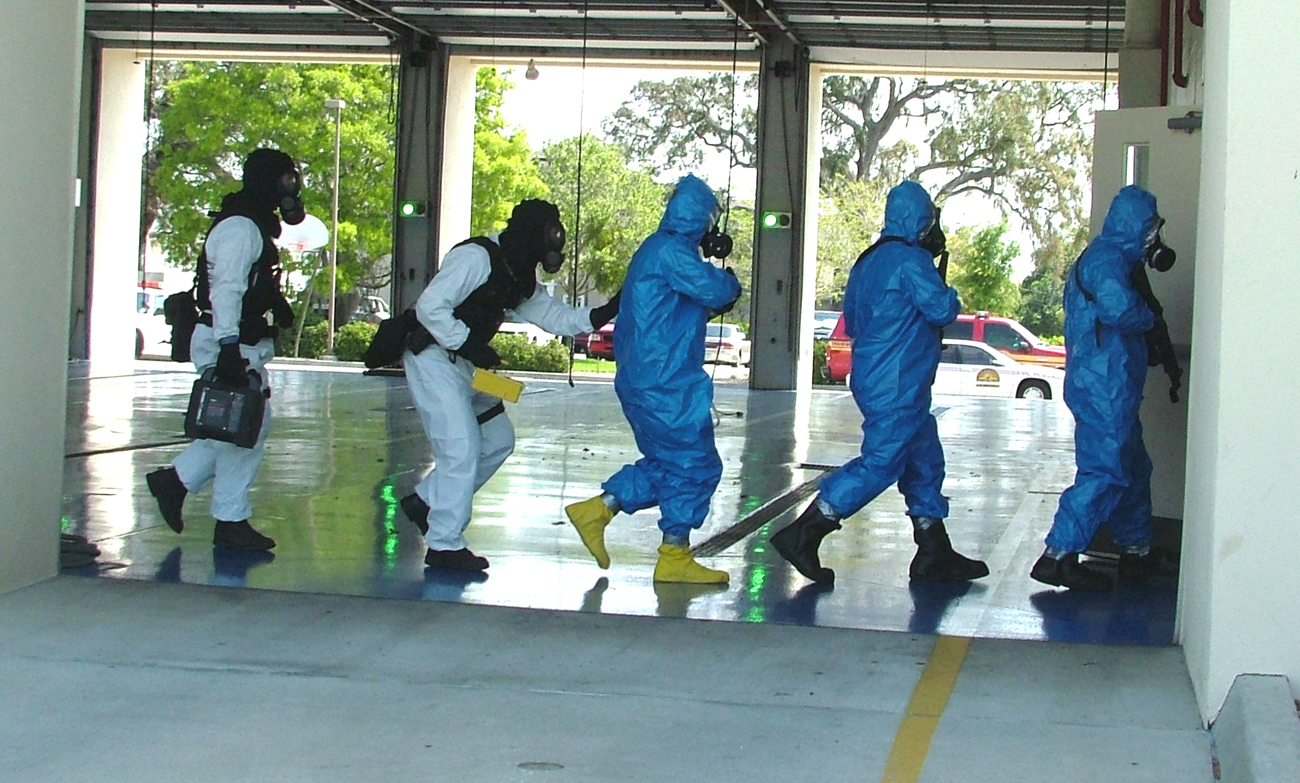 On Monday in Boston, a BU pharmacology grad student committed suicide by lethal chemical.  Police and Fire department personnel responding to the apartment at 676 Massachusetts Ave. were in danger from highly toxic sodium azide, which has effects similar to cyanide.  Four police officers and two EMT’s were taken to the hospital for exposure to the chemical.

I had just written an article on April 2 about a dangerous malathion suicide attempt, where first responders needed medical attention.  Last June, I wrote an article for BlueSheepdog called Chemical Suicides–A Safe Response.  I thought it very important to post that article on ThinBlueFlorida for obvious officer safety reasons.

Police officers respond to thousands of cases a day of a person unconscious in a vehicle.  In most cases, the officer will find the driver has a medical issue, is under the influence of alcohol or drugs, or is just plain sleep deprived.  Unfortunately, there is another scenario lurking out there that can be very dangerous.

A thorough officer safety assessment at the approach of a “person down” can prevent a secondary exposure to toxic chemicals that may be present.  There are potential warning signs to a chemical suicide of which officers should be aware.  This applies to structures as well as vehicles.

A chemical suicide, or detergent suicide, is self-murder by hydrogen sulfide asphyxia.  A combination of common household cleaners can result in a two-part cocktail that produces the deadly gas.  Internet searches and chat rooms provide the potential suicide victim with a recipe for a strong acid and sulfide solution that makes the gaseous hydrogen sulfide.

Hydrogen sulfide gas (H2S) is colorless and smells much like rotten eggs.  It can be detected by the human nose at concentrations between .13 and 100 parts per million (ppm).  At levels above 100 ppm and with exposures from three to 15 minutes, there is a paralysis of the olfactory nerves, which shuts down the sense of smell. 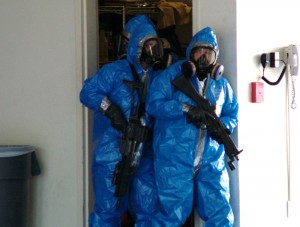 When exposed to hydrogen sulfide gas from 0-50 ppm, a person suffers minor eye, nose, and throat irritation.  From 10-50 ppm, the effects are headache, dizziness, nausea and vomiting, and coughing and difficulty breathing.

Exposures to 50-200 ppm result in severe eye and respiratory irritation, shock and convulsion, coma, and possible death.  Levels above 700 ppm will cause immediate death in as little as two to three breaths.  Additionally, hydrogen sulfide can be flammable if exposed to an ignition source above 500 degrees (F).

Chemical suicides normally occur in spaces like vehicles and small rooms because hydrogen sulfide gas, which is slightly heavier than air, must build up in a confined area to reach lethal concentrations.

Vehicles are frequently used for chemical suicides because they have airtight seals in the doors and windows that easily allow the hydrogen sulfide gas to accumulate.  Rooms in a structure are typically more difficult to seal.

Upon approaching a person down in a vehicle, in addition to conventional officer safety, being mindful of the overt signs of a chemical suicide can prevent officer injuries or death.  Detergent suicide victims may leave either a sign or note on their vehicle warning of the chemicals within.

Because approximately half a gallon each of the acid and the sulfide is needed to produce a lethal amount of gas, look for visible containers for liquid inside and outside the car.  These containers may be bottles, buckets, or coolers.  Although definitely not recommended as a detection system, smelling the odor of rotten eggs upon approaching a vehicle would constitute a danger sign.

Chemical suicides can also be committed inside dwellings or structures. Warning indicators that may be present include:

If the danger signs are present, you have encountered a Haz-Mat situation.  Unless you have training, and the proper respirator or SCBA, you are not prepared to handle this call.  Notify medical and rescue resources immediately.  If the person is non-responsive, wait for trained rescue personnel.

If the person is conscious and can be called out of the vehicle or room, do so, but be very careful not to get into close proximity of them because of the possibility of “off-gassing,” or the release of poison gas from the victim’s clothing or breathing.  Have the victim move to fresh air and wait for rescue personnel.

Because of hydrogen sulfide’s flammability, and the concentrated levels in a chemical suicide, do not smoke or have spark generating tools or Tasers introduced into this scenario.  During post-incident investigation, follow all safety protocols for a Haz-Mat event.

A severe exposure to hydrogen sulfide gas can cause permanent eye damage, facial paralysis, respiratory damage, nerve tissue damage, and death.  Keep the danger signs in mind and always use your best judgment.

One Response to Avoiding the Dangers in a Chemical Suicide Response