Another Victim in the Trayvon Martin Case: Objectivity 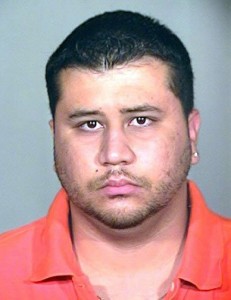 I have thus far avoided weighing in on the Trayvon Martin-George Zimmerman shooting out of Sanford, FL.   I did not want to speak prematurely, however…

The controversial incident happened nearly a month ago in the small city outside Orlando.  In the ensuing weeks, public outrage over the shooting, the investigation, the chief of police, and the charge of racism has simmered over.

Each day, the mainstream media has brought us a fistful of “breaking news,” fresh protests, and the latest in politicians and celebrities vying for the spotlight in the wake of this case.  In society’s current zeal for instant gratification, it seems no one has patience for the prudence and determination of our legal system.

If criminal charges are filed, this case should be tried objectively in the 18th Judicial Circuit of Florida for Brevard and Seminole Counties, not by a Media Circus.  Now because of all the hoopla and hype, the 4th Judicial Circuit State Attorney has been brought in to replace the State Attorney in Seminole County!  And a Task Force has been commissioned to study Stand Your Ground!  Would everyone just please calm down.

Problematic for police in this shooting has been the assertion by Zimmerman that he was defending himself and the implications that it has for determining probable cause when viewed under the lens of Florida’s Stand Your Ground law.

“A person who is not engaged in an unlawful activity and who is attacked in any other place where he or she has a right to be has no duty to retreat and has the right to stand his or her ground and meet force with force, including deadly force if he or she reasonably believes it is necessary to do so to prevent death or great bodily harm to himself or herself or another or to prevent the commission of a forcible felony”

If Zimmerman’s articulation of self-defense is plausible, and there are no credible eyewitnesses or physical evidence to refute it, the police will not be able to develop probable cause for arrest.  But there is a viable alternative.

The Sanford Police Department decided, in light of the information they have, to take the case to the citizens of a Grand Jury to seek indictment.  This can be a proper response in complicated incidents.  I do not know the particulars of this case and I am neither defending, nor criticizing, Sanford PD.

What is disturbing in this case is how quickly it has been tried in the Court of Media and decided by a Jury of Viewers who have heard no testimony.   Do you really know what happened in that gated community the night of February 26?  I don’t.  I wasn’t there.  So I am not prepared to wage a protest.

As a detective, I had been on many shooting scenes.  Rarely did the media report accurately on any of the details in the following days.  The press is not privy to much of the pertinent information, so a news article is not a fact-based investigation.

Further, media sources sell commercials and advertising space and so are motivated by viewership and sales figures.  This puts them boots-on-the-ground in the entertainment industry.  Sorry.  I said it.  You know it.

An example of the slanted reporting is that Zimmerman’s family says he is Hispanic.  The press asserts that the Sanford PD “recognizes him as white.”  Yeah, this is because UCR does not have a Hispanic box to check, so the police are only characterizing Zimmerman by the available race sets.  This seems to escape the news articles and fuels the racism fire. 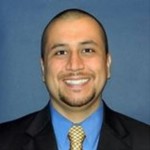 There are many checks and balances at work in a case such as this.  The State of Florida will have to prove that Zimmerman was unlawful in his use of deadly force because he did not reasonably believe it necessary to prevent his death or great bodily harm or the commission of a forcible felony.  The entire Sanford Police investigation will be under scrutiny by state and federal investigators, and later by the citizens themselves when the matter is public record.  The Sanford chief’s job performance will be under review when he returns from exile.

Before the Uninformed cry for arrests and heads to roll, let’s try something different and take all the news reporting with a grain of salt.  We should allow this unfortunate incident to play out in its court of jurisdiction and not on TV or in the papers, where fact shares the same space with conjecture.

Update:  Even in the days since I wrote this, developments in this case have come quickly.  At this writing, the case has been turned over to State Attorney Angela Corey’s Office.  The mainstream media has continued to stoke the fire with more bits of information.  There are swirling rumors that the Sanford PD sought a warrant for Zimmerman’s arrest early in the investigation.  Additional dirt has been dredged up on both parties.  Interestingly, a lack of facts will not dissuade the mainstream media from its continued biased reporting.  Again, judgments made without good information are poor judgments.

4 Responses to Another Victim in the Trayvon Martin Case: Objectivity