Deputy Arrested for Sending Photos of the Dead 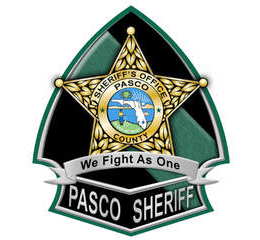 A Pasco County Sheriff’s deputy was arrested on Thursday for sending his ex-girlfriend explicit photographs of two dead persons from crime scenes.  Austin Jeffrey Douglas violated Florida State Statute 406.136 (6a), which makes it a felony for the custodian of photographs, video, or audio recordings depicting the killing of a person to release them to anyone not authorized.

Douglas told Internal Affairs detectives he sent the pictures of a gunshot suicide victim and photo of a dead man in a living room chair to his ex’s cell phone because he was having a “bad weekend.”  Investigators confirmed he had been at both scenes over the past weekend.  Austin was fired in conjunction with his arrest.  The ex-girlfriend made the IA complaint.

Working in law enforcement brings both added temptations and consequences.  The easy connectivity of modern life has led to privacy concerns that are best addressed by restraint.  Just because you can text or email something does not mean you should.  Douglas may or may not have known he was committing a felony, but there was no escaping that it violated professional ethics.

When you become a police officer or deputy sheriff, you swear an oath to maintain personal integrity and character.  Despite this, I have seen officers disciplined for sending ill-advised emails, texts, administrative messages, and, more recently, Facebook posts.  What may be just an embarrassing blunder for a private citizen can be a career-ending mistake for a cop.

This incident in Pasco County should reinforce that as police officers we must exercise good judgment and professional demeanor at all times.  We are privy to confidential information that is not always available to the general public.  It is our duty to be respectful and discreet.

This entry was posted in Legal, Misc., Off Duty. Bookmark the permalink.

2 Responses to Deputy Arrested for Sending Photos of the Dead