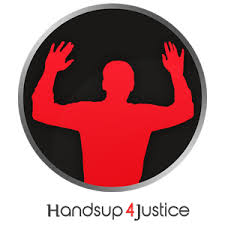 Hands Up 4 Justice is an app that lets people record police/citizen encounters without the officer knowing that the user’s cell phone camera is active.  Although the message is that taping the interaction is innocent, the Hands Up 4 Justice Facebook page contains the following:

“The App will allow you to secretly record any traffic stop & share & save the video online. In the event that you are detained or killed the video is safe”

I am a little put off by the words “secretly” and “killed.”  This is more sinister than HU4J’s regular website, which gives helpful tips to app users such as:

I can support these recommendations.  The website also shows a traffic stop which is obviously done by a Florida Highway Patrol trooper.  Strangely,  I did not find any legal disclaimers on the site.  But, there is case law pertaining to officers’ behavior with respect to a citizen recording their conversation.

Some officers have made arrests of citizens under FSS 934.03 (1), Interception and Disclosure of Wire, Oral, and Electronic Communications, for the persons recording the officer without the officer’s consent.  This could potentially result in the officer being held civilly liable.  Officers do not have a reasonable expectation of privacy during conversations conducted in public in the normal course of their duties.

From a Florida Eighth Circuit State Attorney’s Office brief:  “In Glik v. Cunniffe, et al., the United States Court of Appeals for the First Circuit held that officers were not entitled to qualified immunity when they arrested a bystander for filming them in a public space, ruling that this was exercising a clearly-established First Amendment right.  While no Florida court has ruled similarly, that threat still exists that an officer arresting someone for recording them could be personally sued.”

The situation is different if a citizen is obviously behaving in an obstructive manner while video recording the police.  A bystander that approaches officers and inserts himself into a situation by distracting, confronting, or otherwise delaying an officer in the lawful execution of his or her duty commits an arrestable obstruction of justice in FSS 843.02.

Officers should be aware of their department’s policies in how to handle a citizen pursuing his or her First Amendment rights in the manner posed by the Hands Up 4 Justice app.  The best rule of thumb is to act professionally and fairly in all your dealings with the general public.

This entry was posted in Legal, Officer Safety, Street. Bookmark the permalink.

2 Responses to Recording the Police: Hands Up 4 Justice App