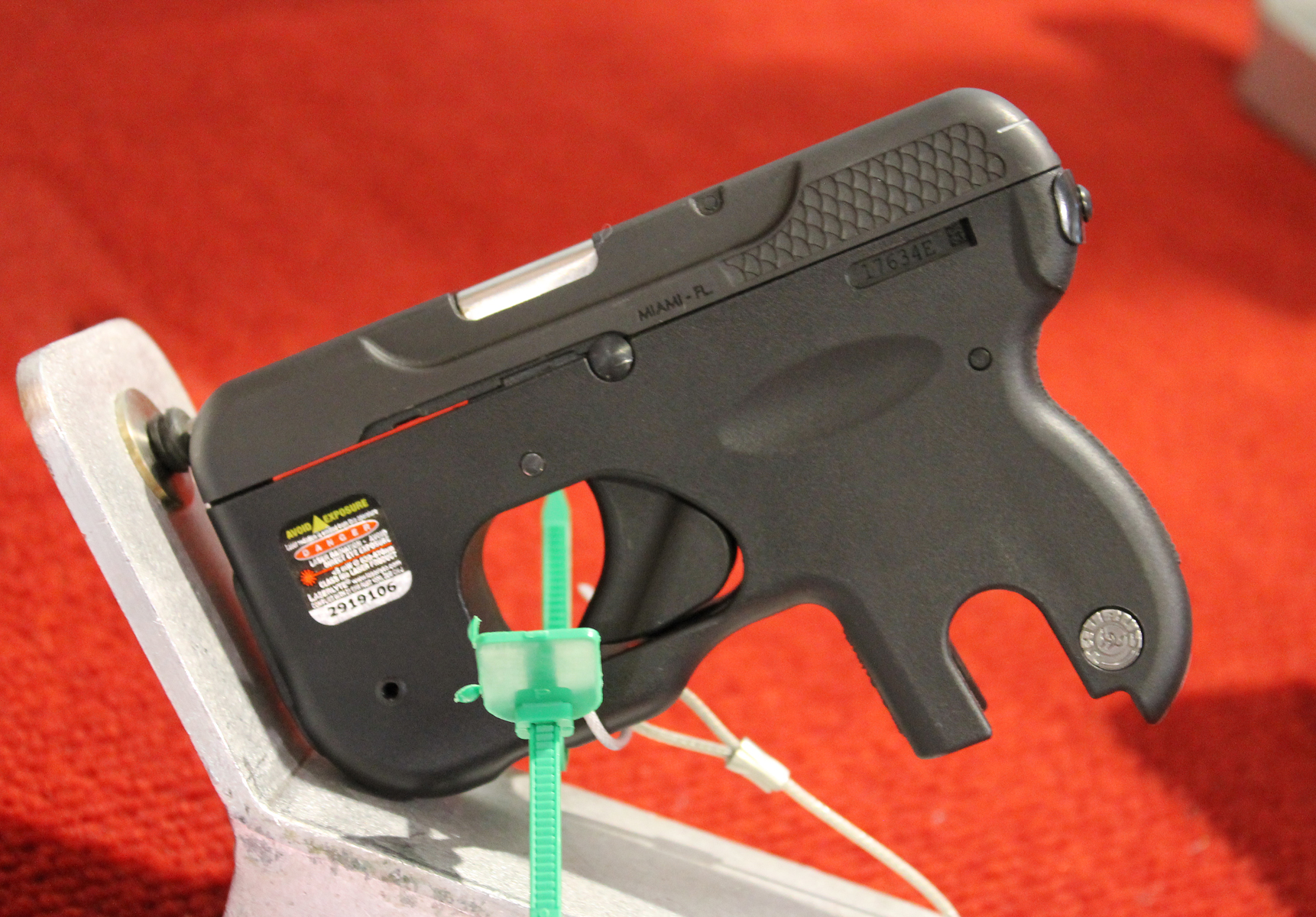 At SHOT Show 2015, I was able to leave my fingerprints on a Taurus Curve.  No, Taurus Manufacturing did not unveil the new .380 ACP pistol at Industry Day at the Range.  We had to settle for examining the firing pin-less version on the show floor.  Well, if you are going to set it on a peg, I will pick it up.

I have to say that as soon as I had the Curve in a shooting grip, my face twisted in an unpleasant way.  Let me preface the next remarks with assurances to you that I have handled many, many handguns in my last 34 adult years.  Holding the Taurus Curve, for me, felt like…wearing somebody else’s worn shoes.  Nope, just not right at all. 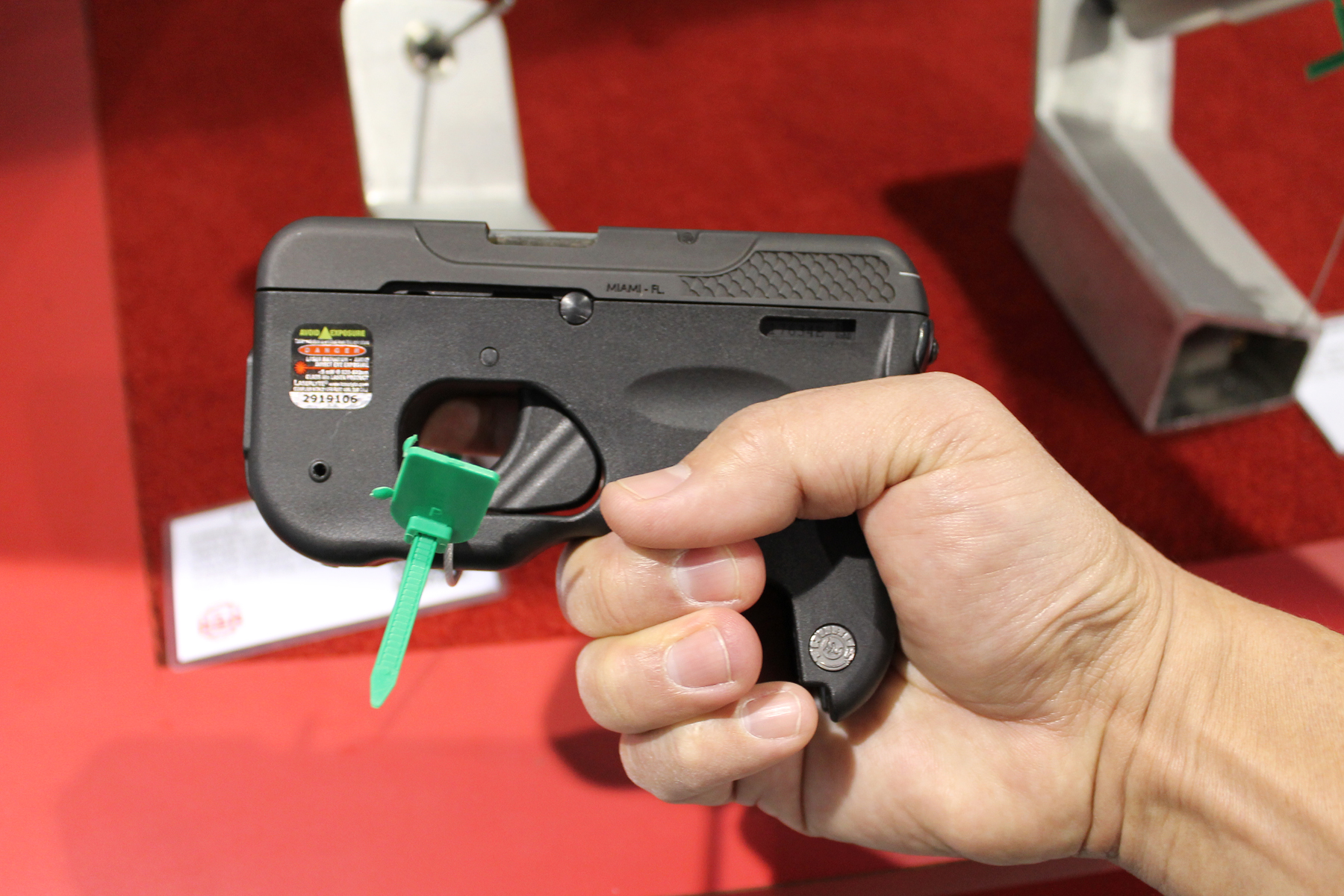 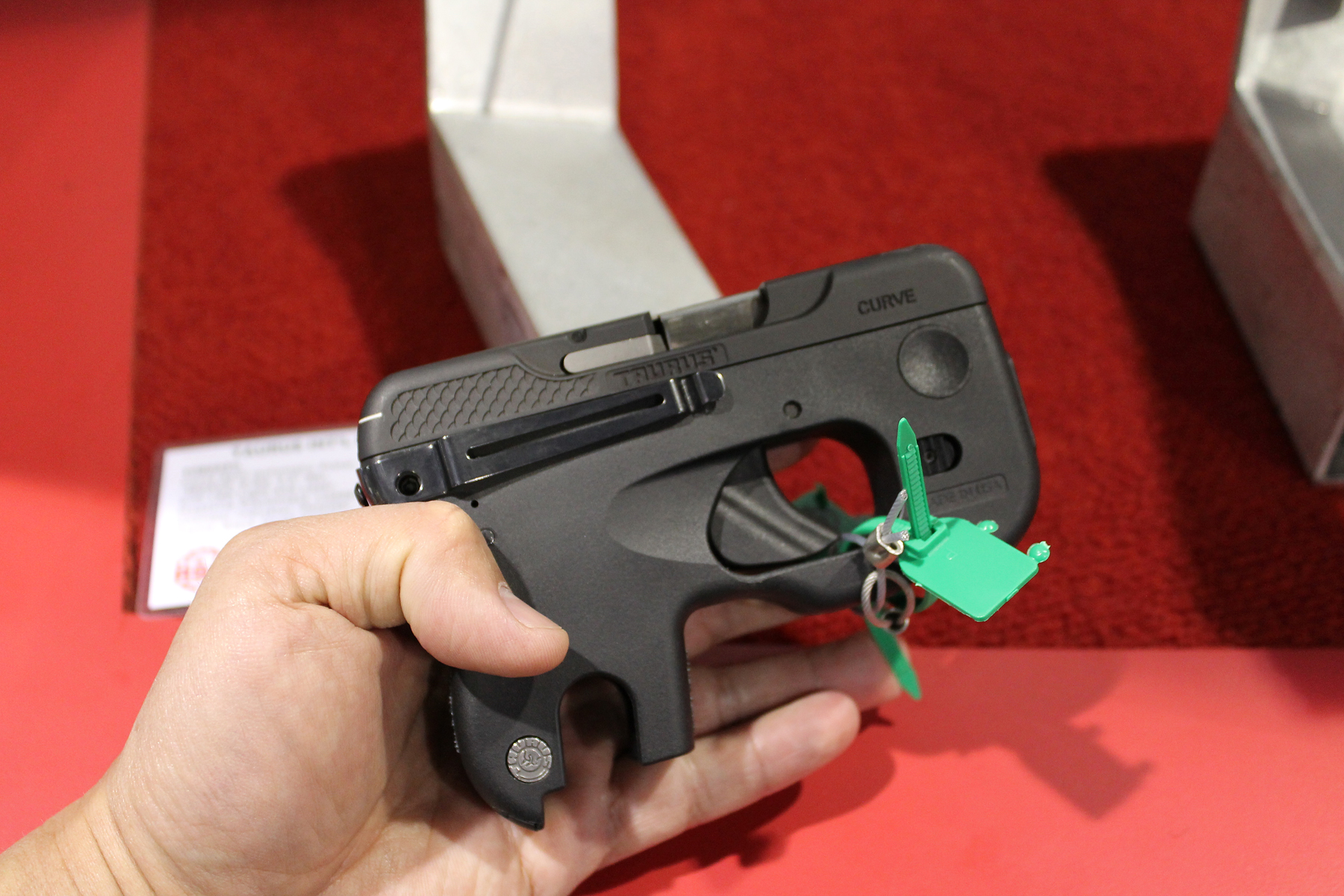 I think the convex sweep of the grip in the right hand added a slight swell in my palm, but also a void where my fingers should find purchase on the opposing side.  I know that the human hand is not a symmetrical appendage, but when things are not copacetic, you know it. 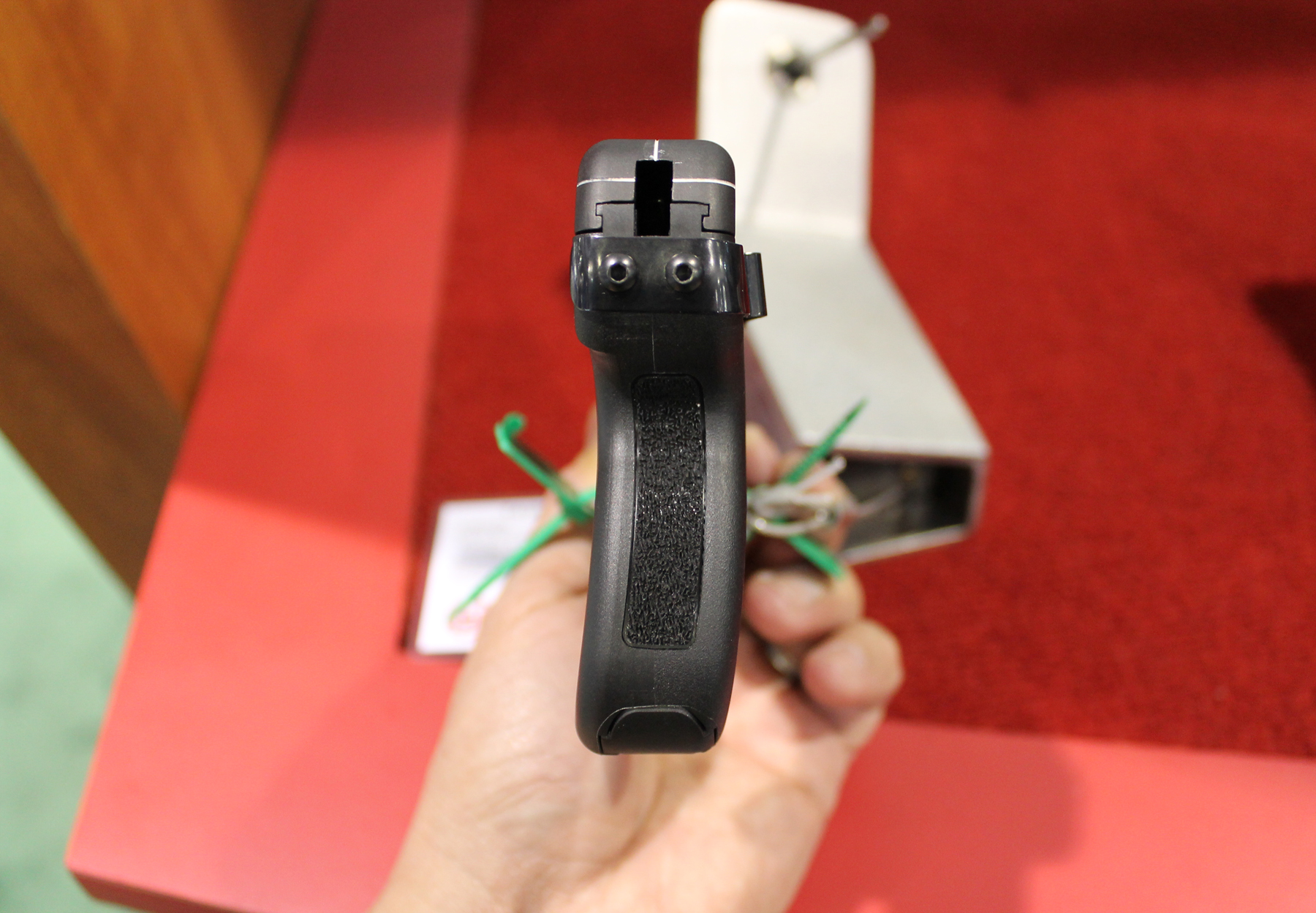 The rest of the functioning of the little handgun were okay.  Light and laser, check.  Rack, press, snap, repeat.  The trigger was decent, a bit spongy at first, but it finished with a predictable break.  I just wish there had been a firing pin and primer and range involved.

A firearm should have sights and the Curve lacks them, unless you count the white markings on the back of the slide.  I do not advocate carrying a gun with a pocket clip, sans holster.  Neither of these things endeared the Curve to me. 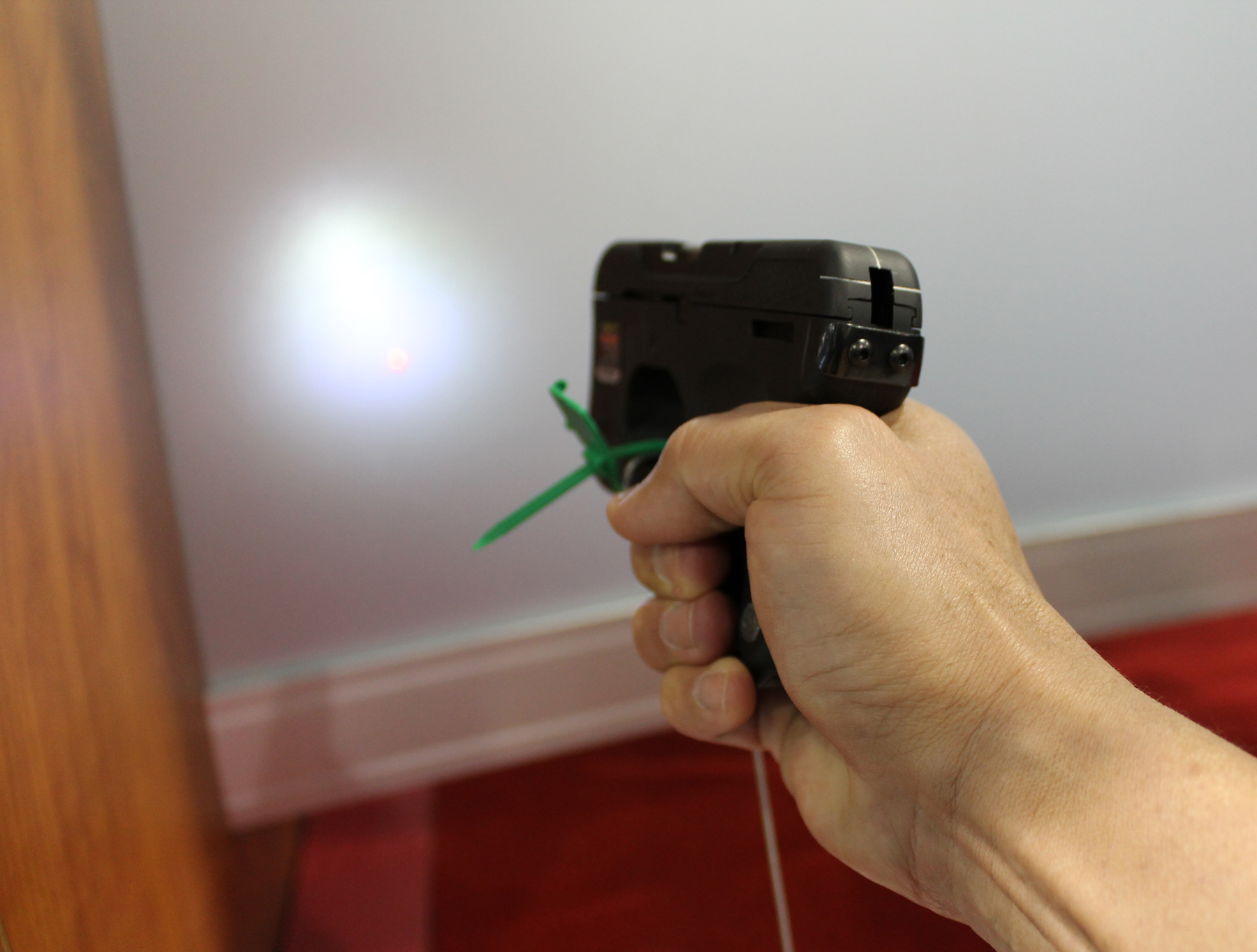 Taurus’ Curve may hit the mark for you.  It was a miss for me.  Ergonomics are important in a firearm.  So many other guns give me a warm feeling during dry fire.  My opinion is that the small surface area and arching radius of the Curve’s grip conspire to make it unfamiliar.

Maybe my thoughts would be different if Taurus had made the Curve available for the general media to shoot.  But I tend to doubt it.