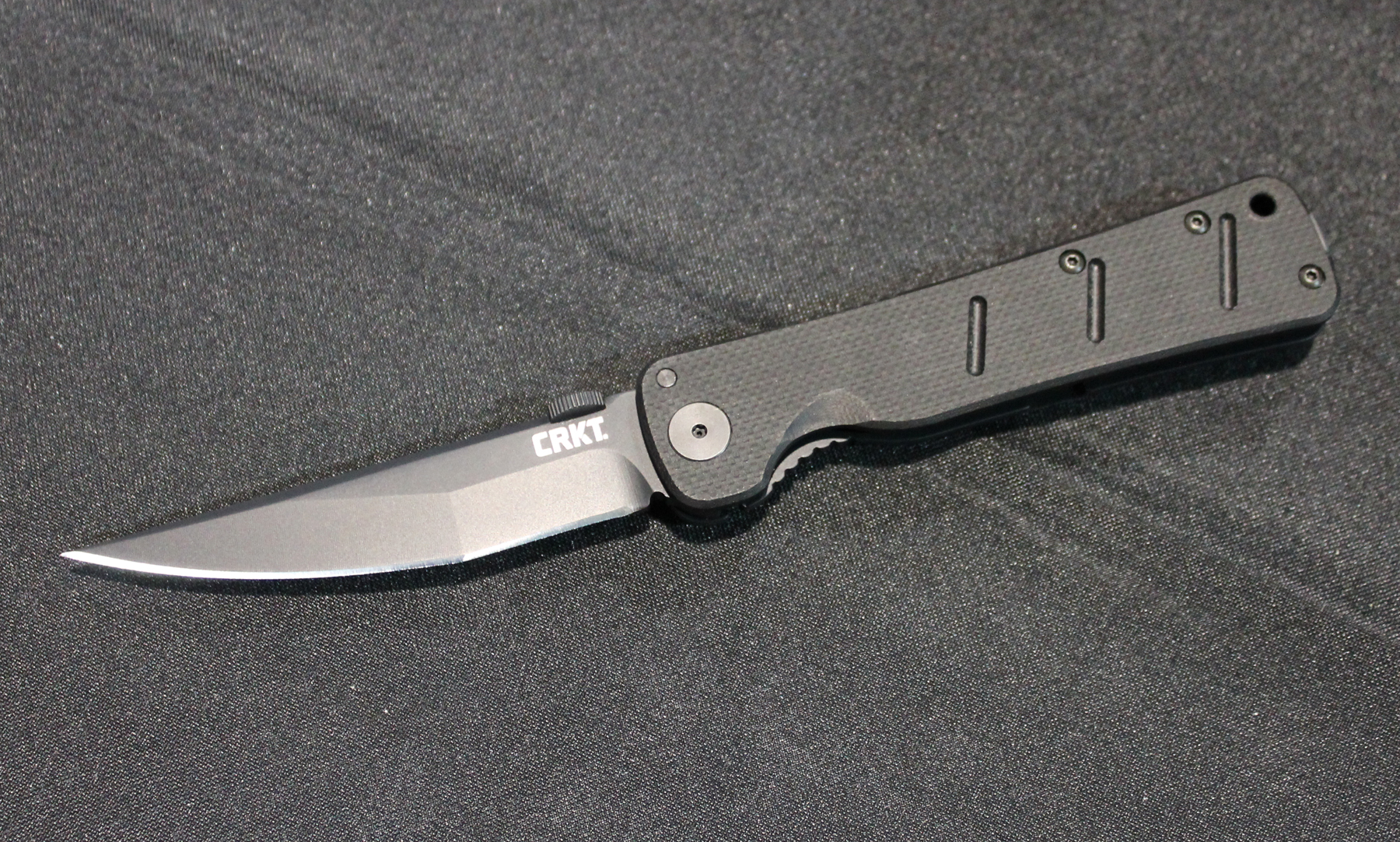 James Williams’ history as a U.S. Army officer and martial arts instructor to military and police special units has led him to design a line of knives for Columbia River Knife & Tool.  Personally, I own the Williams/CRKT Hissatsu folder and Heiho.  With these combative blades in mind, I was happy to see yet another new Williams offering on the CRKT table at SHOT Show 2015:  the Shizuka noh Ken.

The Shizuka noh Ken is a smaller version of the very popular Otanashi noh Ken, from Williams’ drawing board for SOCOM personnel.  But the 4.6″ bladed OnK is intended to be a large knife.  Shizuka noh Ken dials down the size while keeping its offensive/defensive qualities intact.

Shizuka enters the battlespace with a 3.625″ blade of AUS 8 steel, which has an unspecified black corrosion resistant coating.  The blade shape is the Japanese osoraku-zukuri style that produces a superior piercing point with ample edge length for slashing.  This is in keeping with Williams’ Samurai fighting style. 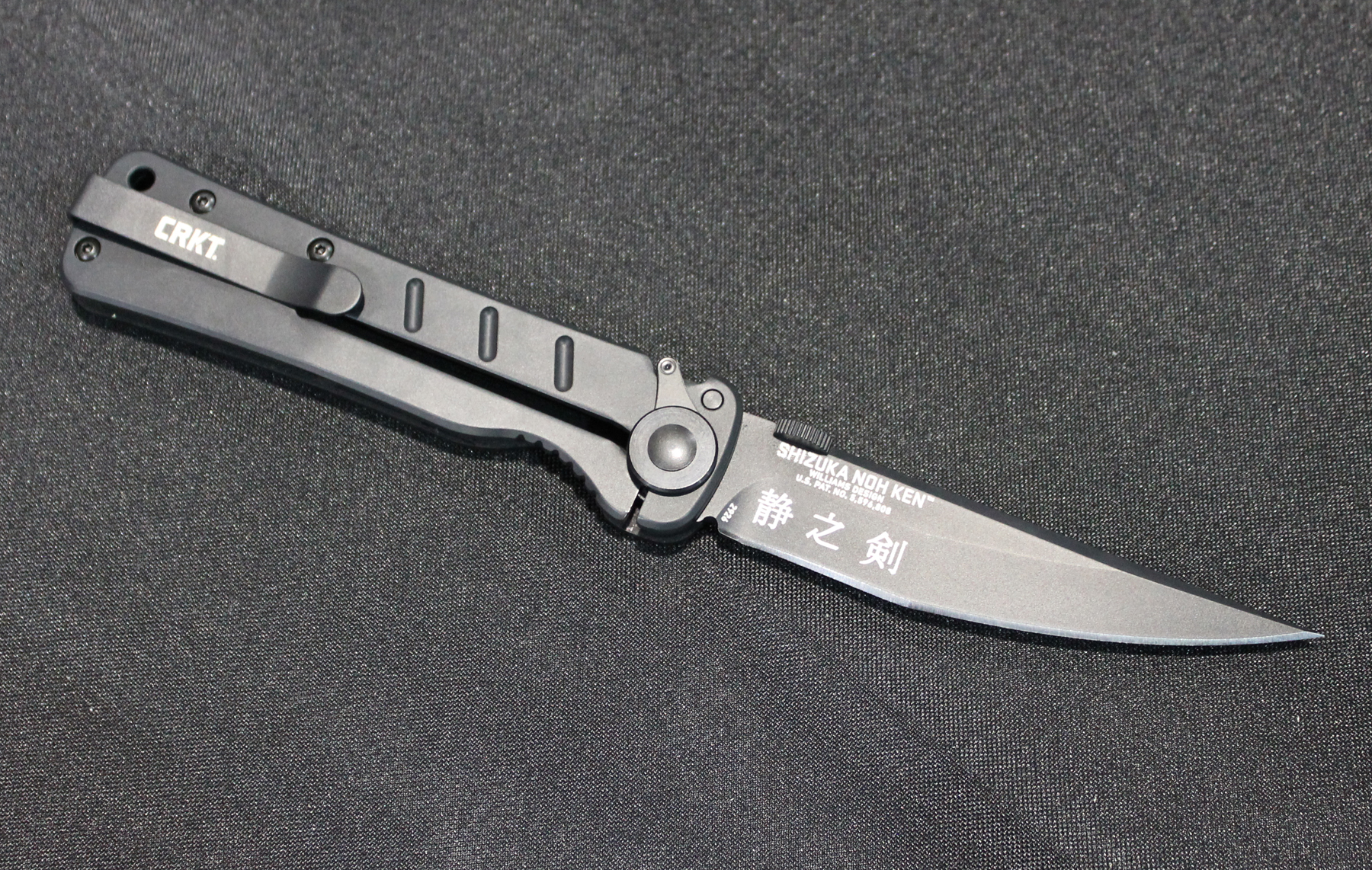 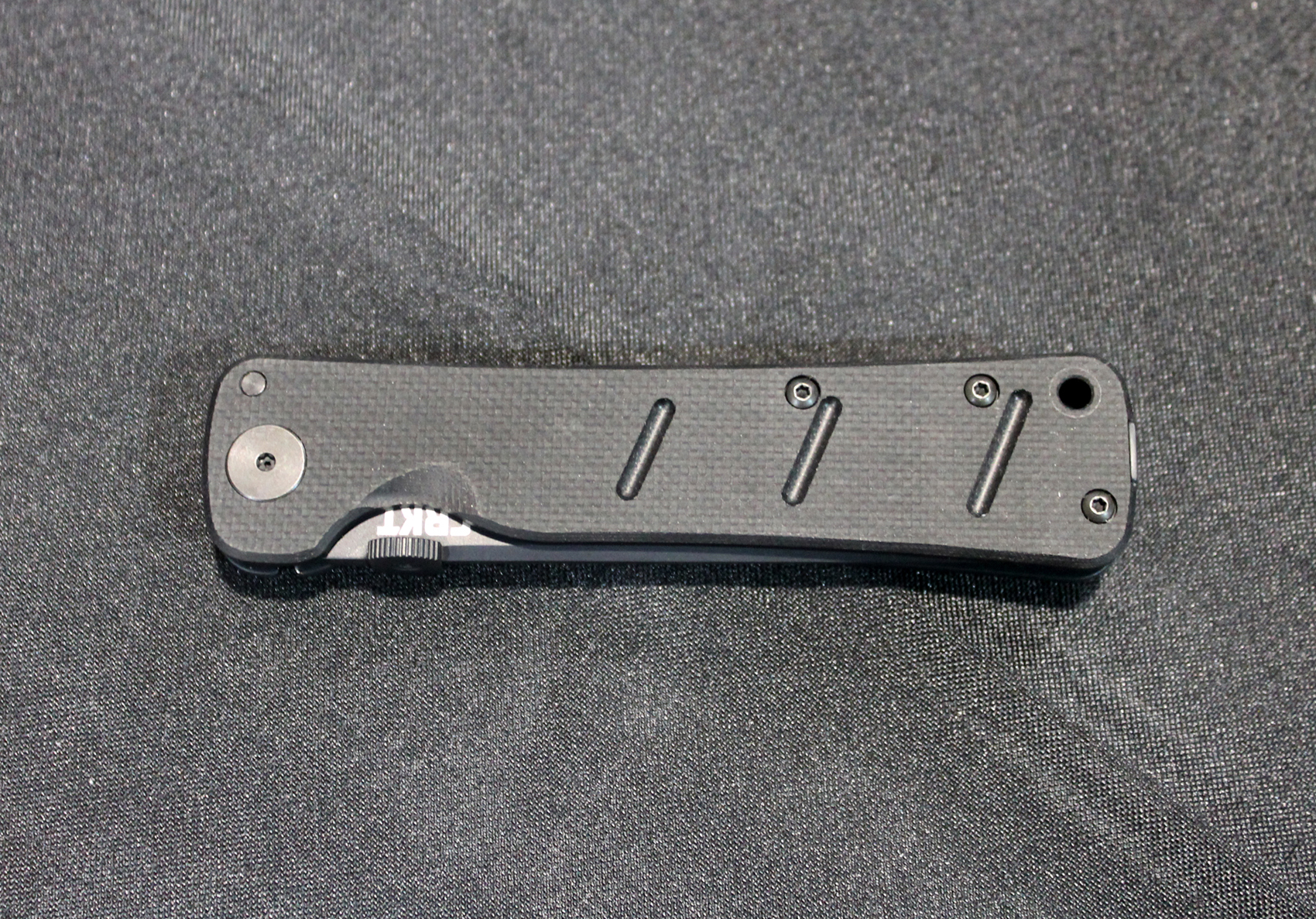 A solidly engaging frame lock is backed up by CRKT’s manual LAWKS safety, that, with the push of a lever, blocks the lock bar to secure the sharp end open.  Thankfully, the Shizuka does not have CRKT’s Outburst assisted opening spring.  I disabled this function on each of my Williams/CRKT knives; for me the Outburst was not finger friendly. 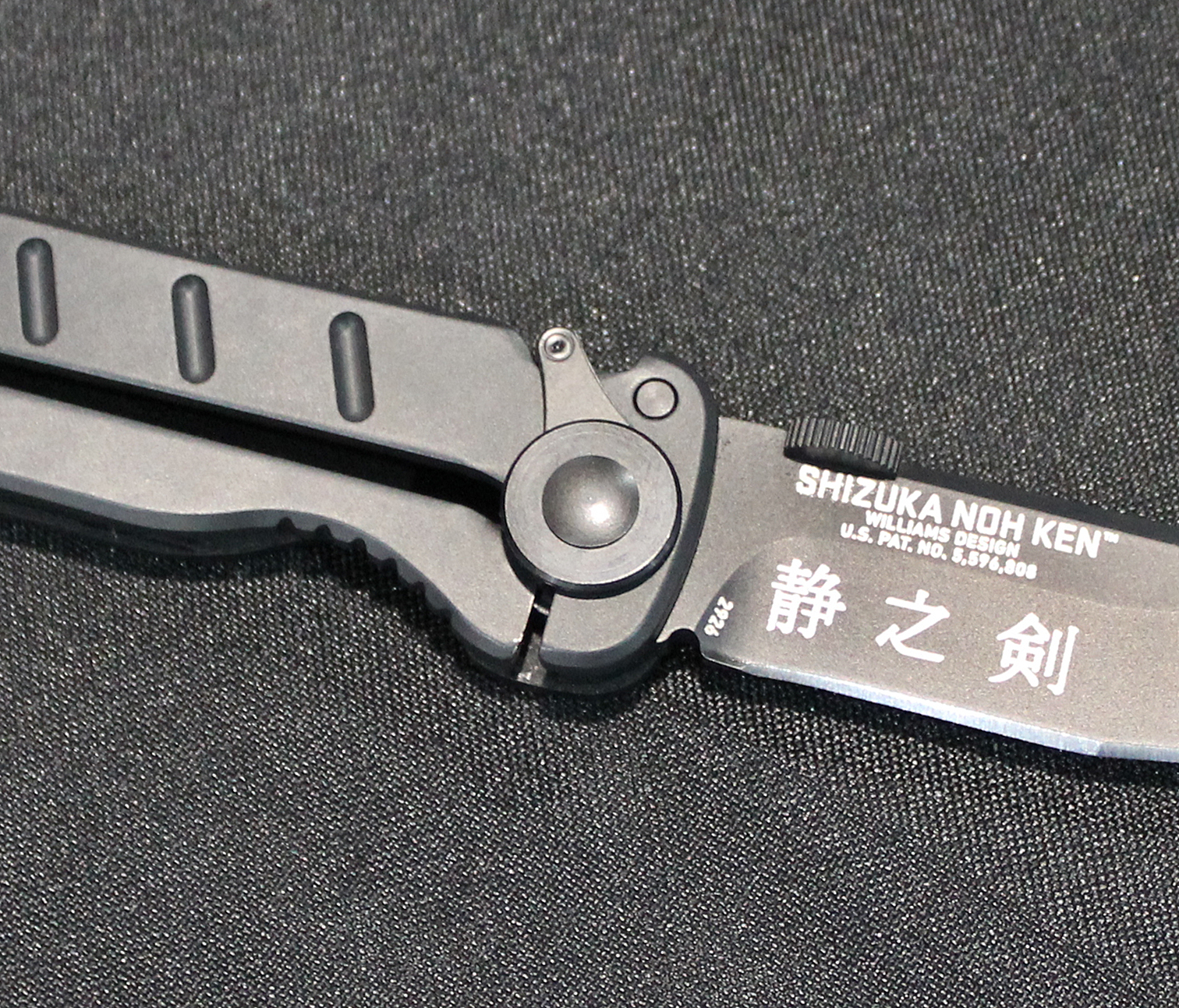 Made for ease of carry, the Shizuka’s frame lock, with a single left side scale of black textured G10, keeps it slim.  I thought the larger OnK was slender in a pocket, but the SnK absolutely disappears, which makes sense of Shizuka noh Ken’s translation as “hidden blade.”  Ahhh….

A reversible tip-up deep carry clip keeps the Shizuka way, way low in the pocket.  Both the Otanashi and Shizuka are extremely discrete EDC’s.  Williams has said that this was part of the “mission requirement” when SOCOM operators requested a folding fighter.  Unseen danger. 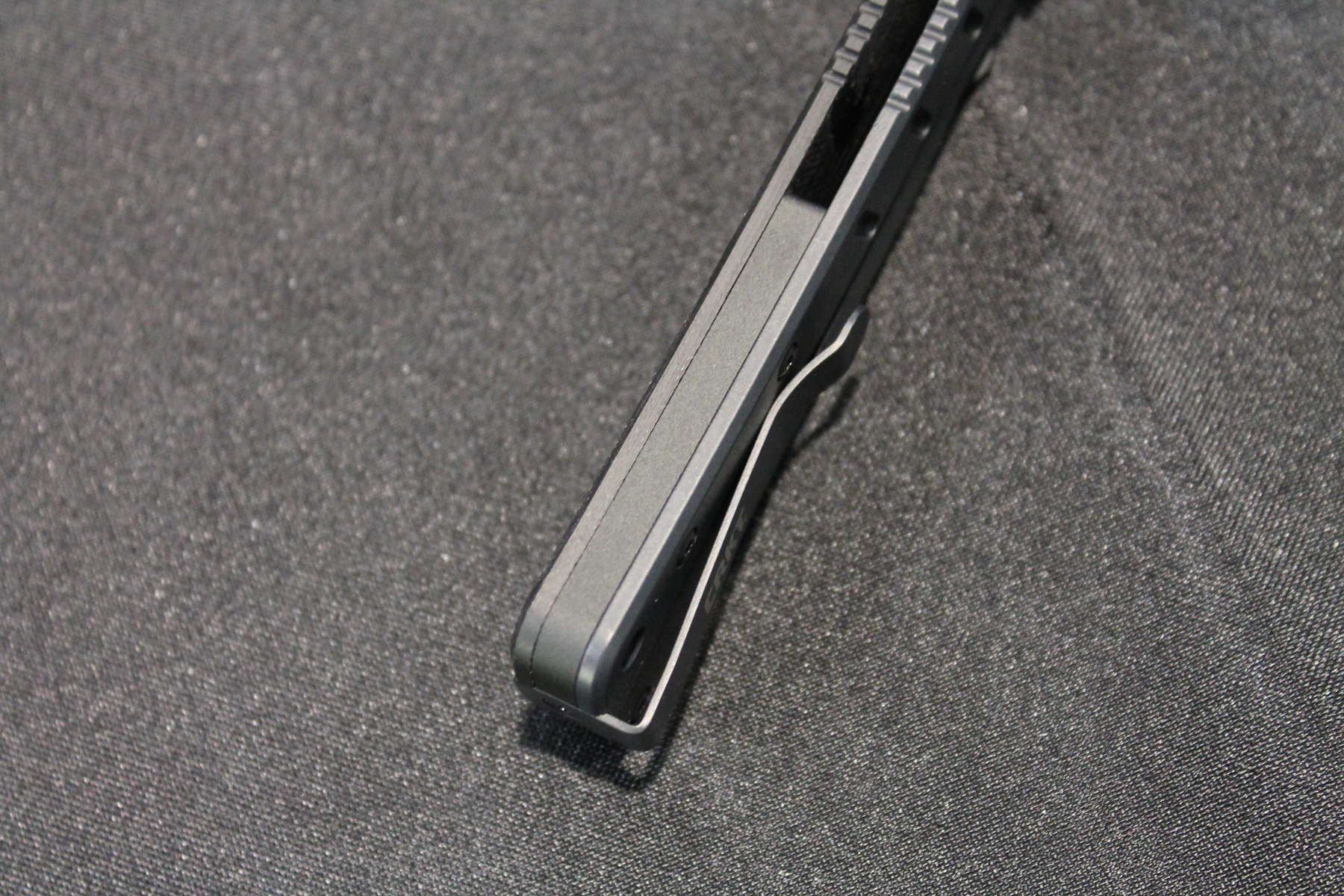 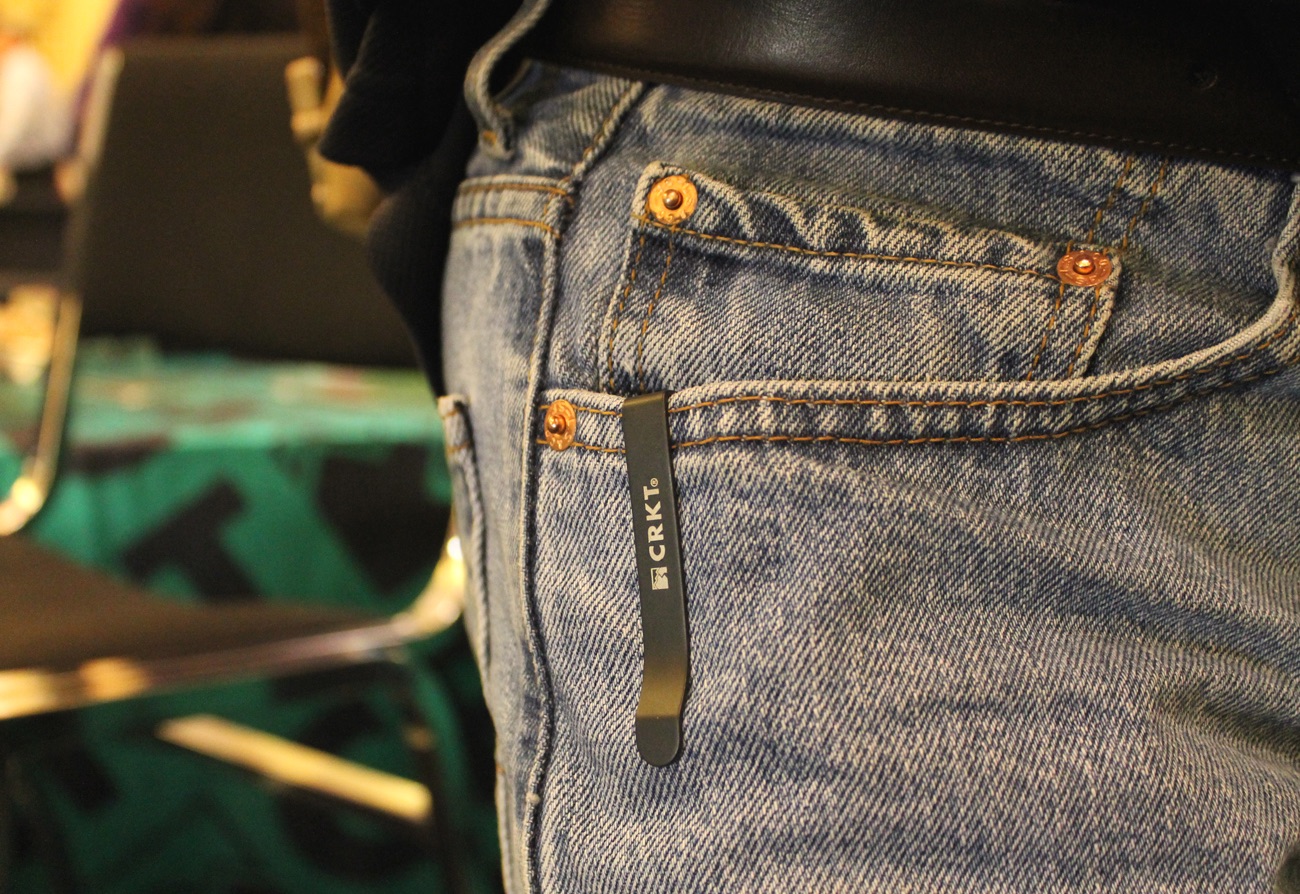 While the OnK was a bit weighty at 6.4 ounces, the Shizuka’s check sheet shows it at 4.2 ounces.  A nice reduction for civilian load out.  Combined with its smaller footprint, the SnK may well eclipse its bigger brother for orders.

Since Williams spins up his knives for combative uses, the Shizuka noh Ken would serve well as a back-up weapon in a police officer’s uniform pocket.  While the MSRP from Columbia River Knife & Tool is $140.00, I saw pre-order pricing below $90.00 from an Internet purveyor.

Mr. Williams definitely designs from a serious point of view.  Both his fixed blades and folders go downrange ready to rumble thanks to CRKT’s contracting.  After handling the Shizuka noh Ken at SHOT, I think it is my favorite knife of the Williams’ line.