The first booth for which I stood in line at SHOT Show’s 2015 Industry Day at the Range was Korth GmbH.  You know that I love revolvers and I just had to bust some Teutonic caps in the Korth Sky Marshal in 9mm that we heard about a few weeks back.

In the video above, I shot my first six shots.  I did get to shoot more; they were just not on “tape.”  My impressions of the gun were that it was a very easy shooting, comfortable handgun.  At 19.75 ounces, the Sky Marshal is two ounces lighter than a Glock 26, but the revolver feels a little more stable firing the 9 x 19mm bullets because of the wheelgun’s lack of a reciprocating slide.

Yes, the Korth does not have the capacity of an autoloader, but six rounds of nine-mil are nothing that should result in a geshundeit!  Not shown is the use of the Korth speedloader, which holds the rimless bullets in the same fashion as an HKS loader–with rotating detents released by a central knob.  It functioned just fine when I tried it. 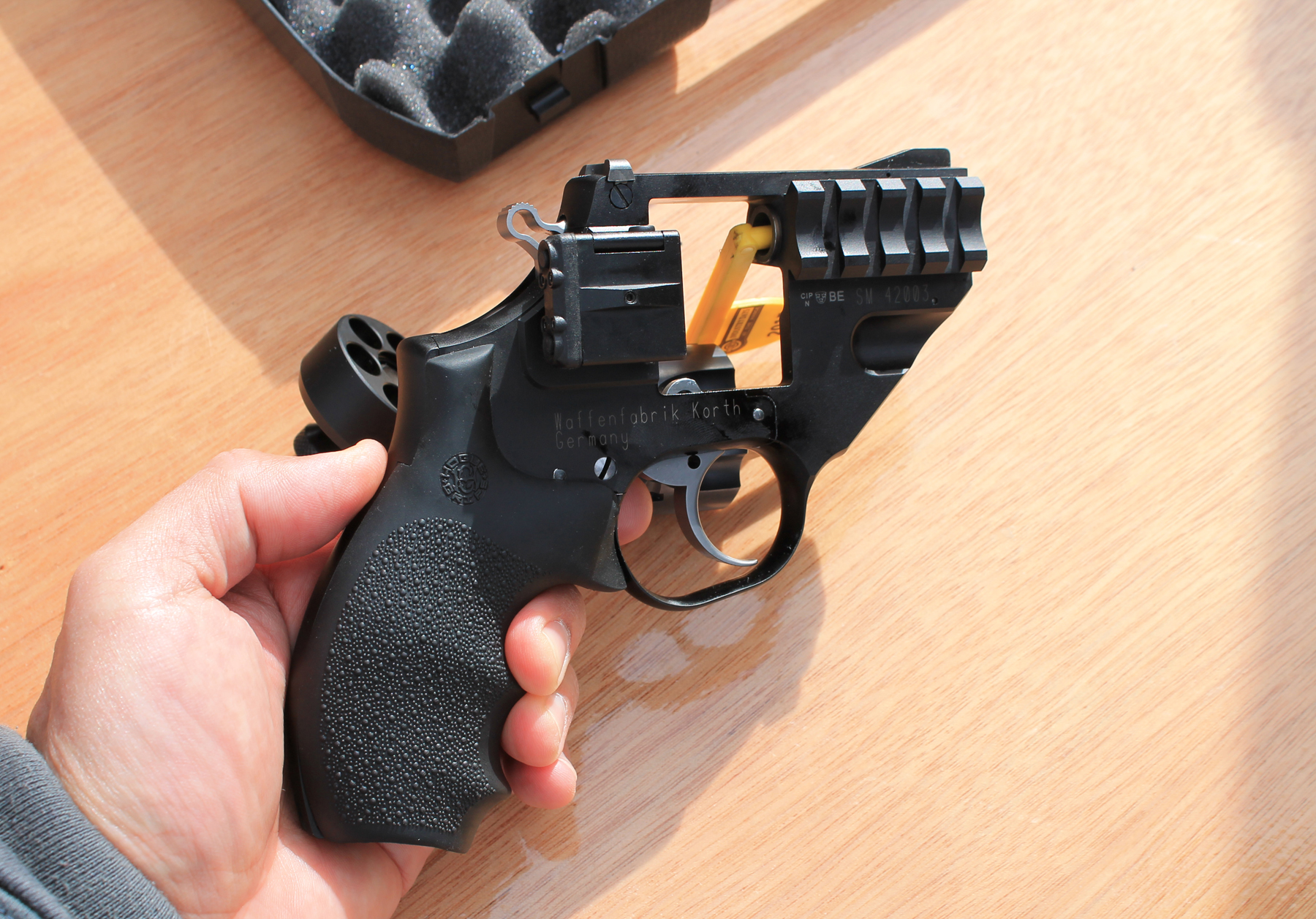 On video, I babied the extractor star to see how well the cases came out.  In subsequent tries, I inverted the revolver and struck at the extractor rod to shoot out the cases.  Obviously, this worked better.  Overall, I did not find that the casings hung up any worse than with revolvers shooting rimmed bullets. 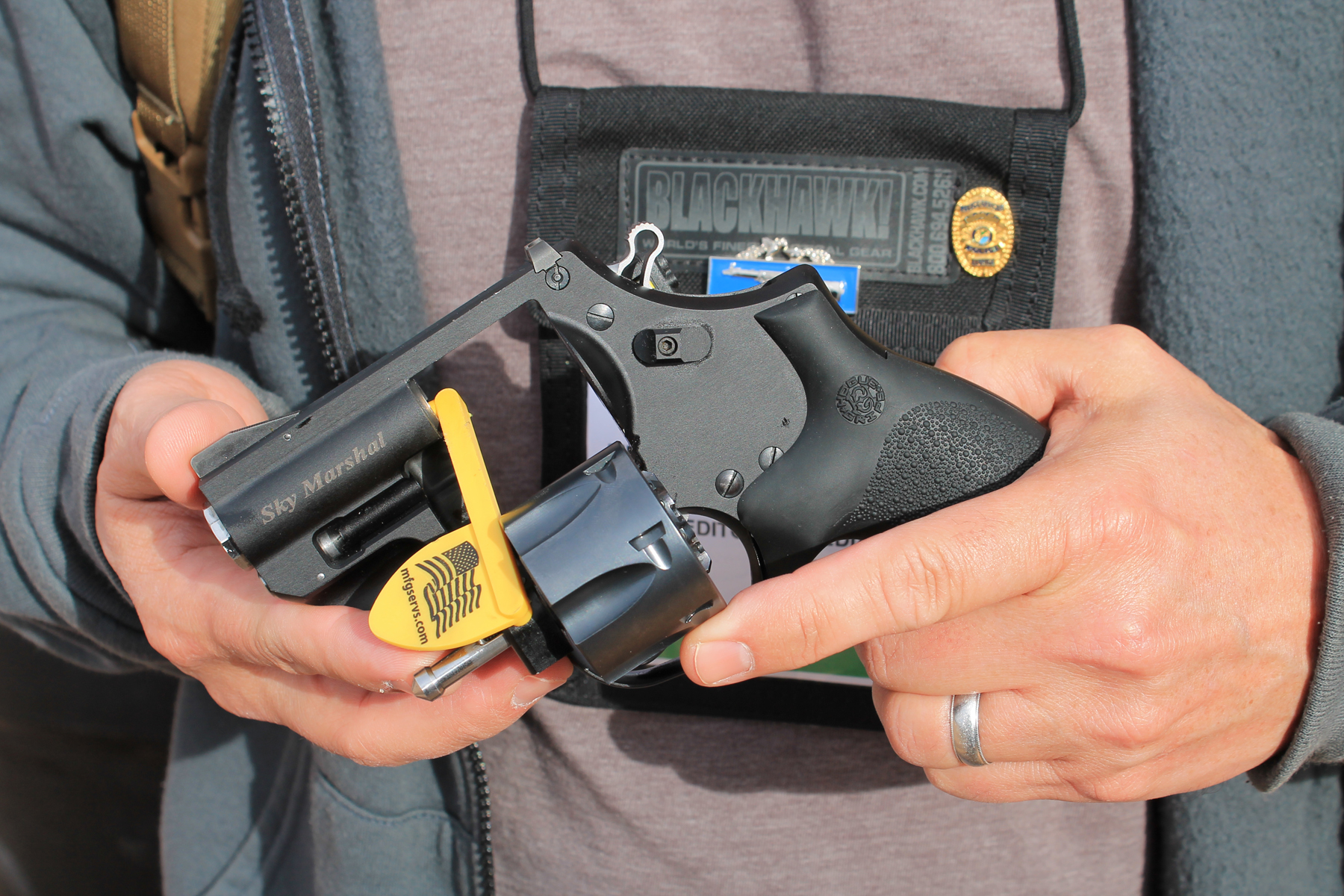 As you may know, Industry Day is a time to get acquainted with the guns, not test and evaluate them.  There is limited amount time to stand in each shooting lane and shoot because there are others in the queue behind you (999 other journalists to be exact).  Think of it as getting to shake hands with the gun, rather than take it to lunch.

I was not disappointed shooting the Korth Sky Marshal.  It had good manners for me and the subsequent reporters I observed.  Expect the MSRP to be north of $800.00.

2 Responses to Shooting a Korth Sky Marshal at SHOT Show