They Gave My Cruiser a Trespass Warning! 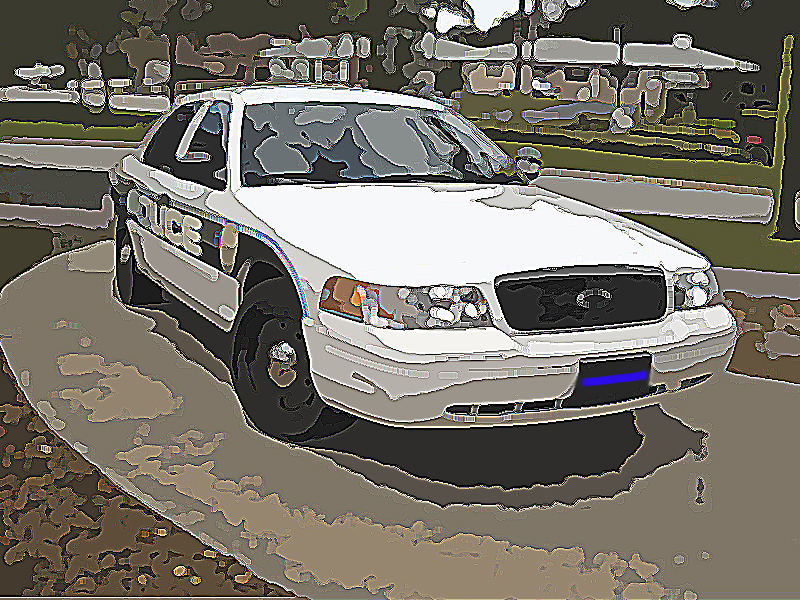 The other night there was a knock at my front door and I saw a guy in plainclothes wearing a badge.  It was a command officer from the small city in which I live (but do not work).  He apologetically told me I could not park a marked police car in my driveway!

I recently received a new slicktop CVPI that is striped and lettered.  My old cruiser, old as in a 2001 Crown Vic, was an unmarked unit.  The command officer said my new marked car is a “commercial vehicle” and violates the city code banning the parking of commercial vehicles on residential property.  He said they received a citizen complaint.  Seriously?  It’s a POLICE CAR!

He was polite, and I respectfully responded in kind, but I told him my understanding was that police cars are government vehicles and not commercial vehicles by state law.  He said he did not agree.  Meh.  I said I would handle the problem and we parted company with a handshake.

My solution was to do what I do every day.  Research.  I looked up the city ordinance he was referencing.  Yep, commercial vehicle…parking…residential lots…prohibited.  Not a problem.  I consulted my legal advisor, a fellow officer who is Florida Bar certified, to whom I owe a cup of coffee as retainer for each nugget of advice.  He said this “disagreement” was a common mistake.

A Florida Attorney General’s Opinion (05-36) clearly states that police cars are not commercial vehicles.  Said then-Florida Attorney General Charlie Christ, “Public safety is the first duty of government, and law enforcement officers are among the most heroic citizens in our society.  To suggest that these officers are somehow engaged in commercial activity stretches common sense beyond the breaking point. Officers provide an invaluable public service, and the visible presence of a police car in a residential neighborhood can only contribute to the safety of that neighborhood.”  Ha!

AG Crist further opined, “The provision of law enforcement services is an integral and constituent part of government. It is the performance of a governmental duty owed to the general public at large. This office has previously recognized that the assignment of a police vehicle to an officer to drive during off-duty hours to provide quicker response when called to an emergency would be of a direct benefit to the public. In addition, the presence of a police vehicle in a neighborhood may serve as a deterrent to crime. Clearly, the provision of law enforcement services does not constitute a commercial enterprise.”

I discovered that many of our officers had run-ins with local codes, Homeowner’s Association rules, or rude citizens over the parking of marked police cars in residential neighborhoods.  I had a marked K9 cruiser for over 8 years and never had this problem.  Okay, that was in the 1990’s.

What to do!  What to do.  Well, I don’t own the car.  I sent an e-mail through my Chain of Command requesting relief from the issue.  I hyperlinked the small city’s ordinance and AG opinion for the higher-ups to peruse.  Remain dispassionate and professional, I say.

At this time, the snit is in the hands of my Command Staff.  The new Crown Vic, which sits proudly in my driveway each day, has not been cited or towed…yet.

Update:  The small city command officer stopped by again.  He apologized for any inconvenience and said he had reviewed the AG’s opinion my PD has sent over.  He said my cruiser could stay.  I was at the least pleased that he came over in person and looked me in the eye when he admitted he had been wrong.

This entry was posted in Humor, Legal, Off Duty, Politics and tagged AGO 05-36, Florida Attorney General, parking a cop car at home, Police Car Commercial Vehicle. Bookmark the permalink.

6 Responses to They Gave My Cruiser a Trespass Warning!