…and the Hits Just Keep on Coming… 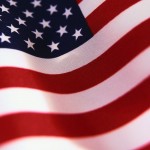 So much bad information is floating around the Internet and airwaves that it hangs like a toxic smog over L.A.  Law enforcement is seeing a backlash perhaps more insidious than one we saw during the Rodney King incident in 1992.

In 1992, we had rioting, but it was isolated to Los Angeles.  Today, we are seeing demonstrations against the police across the nation.  It saddened me that protesting students chanted,  “Hit him again!” after four Denver Police bike officers were run over by a car Thursday.  Prayers to the officer in critical condition.

Why would two grand juries of decidedly mixed race and gender in different parts of the country rule in favor of the officers in the Ferguson and NYPD cases?  Could it be that they heard all the evidence and reacted in an objective fashion to the legal guidelines placed before them?  Apparently, that is not believable to some.  It must be an intranational conspiracy.

If you buy into the protestors’ view, one would have to believe that both grand juries examined their respective materials, then made a collective and conscious agreement to disregard proof of police wrongdoing and let the white officers off the hook solely they were white.  A total of 34% of the grand jurors were non-white (23% black).

That would be an incredibly cynical view of two groups of people who were, in both cases, given much good information upon which to base a decision.  Heck, the NYPD “chokehold” grand jury got to see the video!  In both cases, the juries were given either physical evidence, credible witnesses, or visual record that the suspects were resisting lawful arrests.  That is very important in the context of whether the actions of the officers were unreasonable.

I hate to go back to the mainstream media as an accessory-after-the-fact, but what people know about these various incidents is only what the networks and newspapers show them.  Most of the disinformation is conjecture, race-baiting, and over-simplification of the truth.

Even a conservative news site I visit had a headline that claimed the NYPD officer involved in the recent in-custody death had previous racial complaints.  In reading the article, I found no accusations of bias, only that the complainants were not of the same race as the officer.

The cop-bashing bandwagon rages from big city streets to the White House.  Officers who were once thanked as society’s protectors after 9/11 are now just targets.  I’m not saying that some things cannot be done better (always can), but the popular overreaction to these isolated incidents ignores the totality of what law enforcement accomplishes each and every day.

FBI statistics show that there were 49,851 assaults on law enforcement officers in 2013.  In almost one third of these assaults, an officer was injured or killed.  But these use of force situations occurred during the course of over 11.3 million custodial arrests last year.  So the overwhelming majority of police/civilian interactions end peacefully.

But watching the TV, it feels like all the good that we do has been undone.  I am profoundly sad for all the officers who make a difference in their communities, yet soldier on despite the dangers and derision they face shift after shift.  It is a wonder that we can find people to work under these conditions.

I was the first Asian-American officer hired at my police department.  I work alongside officers of different races and genders.  We all do the same job in the same conditions.  I see no malice or evil agenda.  Maybe I exist in the exception, not the rule.  But I don’t think so.

Cops are not perfect.  The very few who are bad should be punished.  Let the rest of us do our jobs.

2 Responses to …and the Hits Just Keep on Coming…