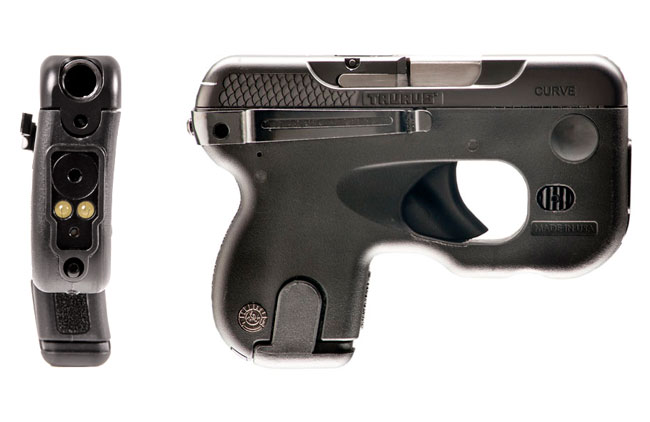 You may have seen this on the Internet recently.  Taurus USA took the popular lightweight polymer .380 ACP carry pistol in a different direction by introducing “contour” to this familiar formula.  The electronic media descended upon the new Taurus Curve .380 autopistol and treated it like Theseus did the Cretan Bull at Marathon:  One bovine D.O.A.

Keyboard pundits are calling this gun a publicity stunt, not a serious self defense firearm.  If you trawl the gunblogs, you will find both sarcasm and derision for this design. From the Curve’s wonky shape to a total lack of iron sights to its holster-less clip of death, not much good is being recorded by word processing programs.

Another target for the writers’ ire is Taurus’ focus on “innovation” when the quality control of their present offerings is at best spotty (well, if you spell that s#!tty).  Ouch.  Apparently there are those who say, “How dare you!” to a company somewhat infamous for owner dissatisfaction. 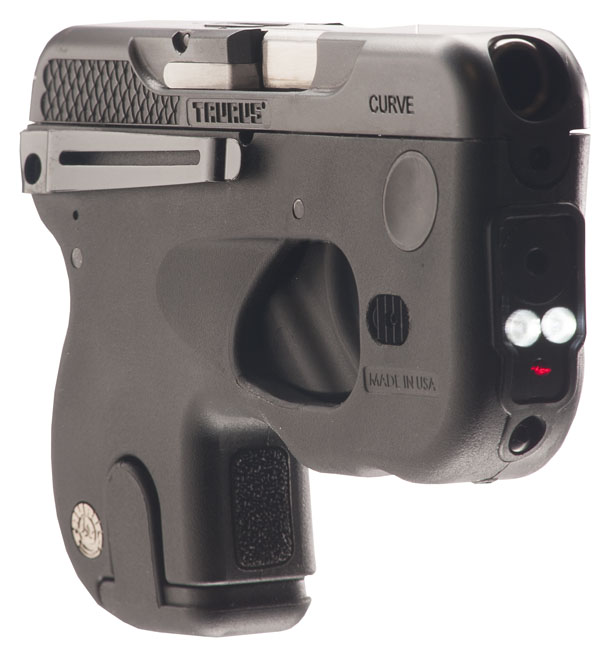 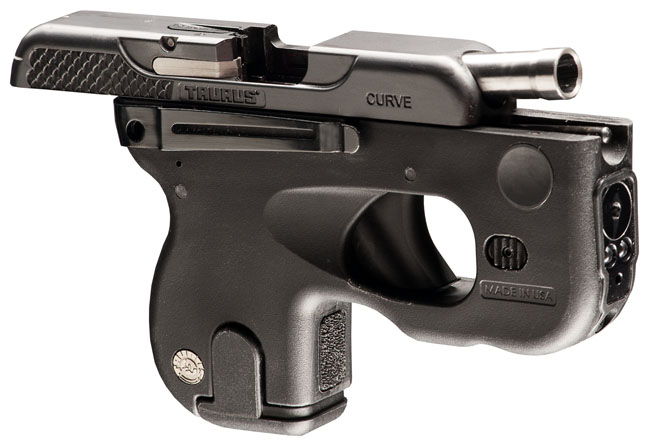 In a galaxy far, far away, Taurus’ press release of the Curve went something like this:

“Your body has curves, so why aren’t pistols shaped to match?  That’s precisely the question our engineering team challenged themselves to answer-and the results are unlike anything you’ve seen before.  Introducing the Taurus Curve™, the world’s first and only curved firearm.  Engineered to fit the unique contours of your body with no visible printing, the Curve is easily one of the most groundbreaking firearms ever conceived.  An extreme departure from your typical compact .380, you’ll find the Curve takes form and function to an entirely unprecedented level.  With its patented, snag-free design, the Curve boasts the industry’s first-ever light and laser built right into the frame.  Exceptionally accurate and extremely lightweight at just 10.2 ounces, the Curve is one ultra-comfortable, ultra-reliable personal defense handgun.”

Hmmm, it seems happier when they say it…

The hatred had even spilled over to the media platforms themselves.  gunssavelife.com received a cease and desist order from Guns & Ammo magazine after GSL published this blog article:  TAURUS TURD: Guns & Ammo loves Taurus’ new Taurus Curve, a curved .380 pocket pistol.  Further, GSL said, “As we at Guns Save Life receive zero dollars in ad revenues from Taurus USA, we’re going to call a turd a turd.”

In the heated exchange between mainstream magazines and the “new media,” G&A threatened to sue John Boch at GSL if he did not take down the offensive electrons.  Boch refused.  Wrote Robert Farago over at thetruthaboutguns.com, “Just another nail in the coffin of the dead tree gun press, I reckon.”  Pow!  This is a product release that was seemingly luring others to the dark side.

I have not handled this gun.  I am not commenting on the Curve itself, just the reaction of those writing critically about it.  I will be anxiously standing in line at the range in January at SHOT Show to see if the right-handed-ergonomics of the Curve help or hinder shooting it.  In the meantime, I’ll sit back and watch the other fireworks.

This entry was posted in Concealed Carry, Firearms, Technology and tagged Taurus Manufacturing. Bookmark the permalink.

2 Responses to Taurus Curve Gets Spanked by Gun Pundits Everywhere