The Costs of Police Body Cameras 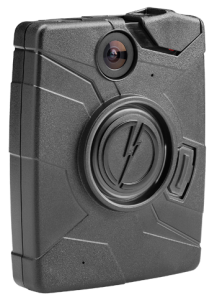 What would happen if police departments declined to employ body cameras because of expense?  Not the cost of buying the actual equipment, but the cost of complying with public record requests.  An unforeseen result of Sunshine Laws can potentially immobilize state and municipal governments.

Modern think is that officer-mounted cameras will prevent corruption and misconduct and, conversely, may also exonerate innocent cops.  If every police-to-citizen interaction is recorded, then nothing will be left unproven.  Problem solved!  Perhaps.

An open public records request in Washington state may be a cautionary tale as to how future deployment of body cameras may cause their own demise.  A citizen in Poulsbo, WA made a lawful request for all the recordings from that police department’s fledgling video archive.  Although the sum of the Poulsbo officers’ recorded video amounted to 1,100 hours of “tape” in 6 months, the department estimated that a review of the material for legal redaction and editing by their very limited staff would take four years.

Under Florida State Statute 119, Public Records, active criminal investigative information and active criminal intelligence information are exempt from public records disclosures.  But a vast amount of the incidents captured by untold of hours of passive body cams would not fall into these two categories.  The sheer volume of material subject to our Sunshine Law would be staggering.

So it is predictable that this would factor into some agencies’ decisions to field cameras on every beat cop.  Two Washington state police departments near to Poulsbo are reconsidering plans for purchasing and implementing their own cameras.  They are frightened of the economic burden of compliance should someone legally ask for all their videos.

While a citizen requesting public records must compensate an agency for time-consuming research to produce such materials, how will departments handle complicated queries?  If someone wanted all the body camera videos for Ofc. Jones since he had been hired three years ago, that might amount to nearly 3,000 hours of video, if his camera had been active for half a shift per day.

Just watching all the video capture would take 375 working days for an Internal Affairs officer.  Would the citizen requesting the material be charged a rate amounting to the annual salary and benefits of the IA guy?  If multiple requests of this type came in, would the department be forced to hire more officers or specialists just to cope with the demand?

Many law enforcement agencies have limits as to how long they retain in-car videos.  Ones of evidentiary value, field interviews, and traffic stops are kept, while “junk” videos are deleted after 30, 60, or 90 days.  I am not sure this would be the same with body camera videos.  Shots from a cruiser meandering around in traffic are certainly not considered to be of the same value as terabytes of officers’ actions in the field.

This will obviously be a topic for civilian leaders and command officers in the coming years.  Ultimately, governments will have to decide if transparency is worth the potential work load and budget liabilities it might generate.  Poulsbo might be the tip of this iceberg.

This entry was posted in Misc., Technology. Bookmark the permalink.

4 Responses to The Costs of Police Body Cameras