A Rookie Cop on Midnight Shift 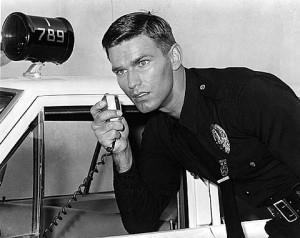 Our squad has quite a few officers with less than a year of experience.  Welcome to Midnight Shift.

At ReadOff, the other Sergeant and I looked out at a room full of rookies.  At our recent shift change, we inherited a bunch of FNG’s. Nice.

They are sharp and eager, but not yet skilled.  For one rookie, it was his very first Midnight Tour.

Less than one half hour into his shift, the rookie called out that he was in a foot pursuit!  Upon arriving at a domestic disturbance, he saw the male-half walking away down the street.  The rookie beckoned the man to “Stop Police!”  The suspect ran and the rookie gave chase.

He huffed over the radio that he was running north, then east…  It went on for several blocks.  And he lost him.  K9 arrived and after an area check found the offender.  One-in-custody.

Later, when the transport van arrived, the suspect was smiling.  That seemed odd.  Unfortunately, the rookie found out twenty minutes later that the suspect in the back of his cruiser had sent spit flying all over the car’s computer keyboard.  The rookie discovered this the hard way.  Yech.

Two hours after that, the rookie was called to search a prisoner’s backpack and duffel for another officer.  Coughing, the newbie got covered in an unknown white powder (on his blues) and had to sift through some moist brown god-knows-what in the badguy’s backpack. Yick.

After another domestic call and a late lunch, the rookie, who had been previously assigned to Daywatch, recounted his shift to the other Midnight Sergeant. That boss replied, “Tough night.”  The rookie responded, “Best night of my career!”

It made us all smile.