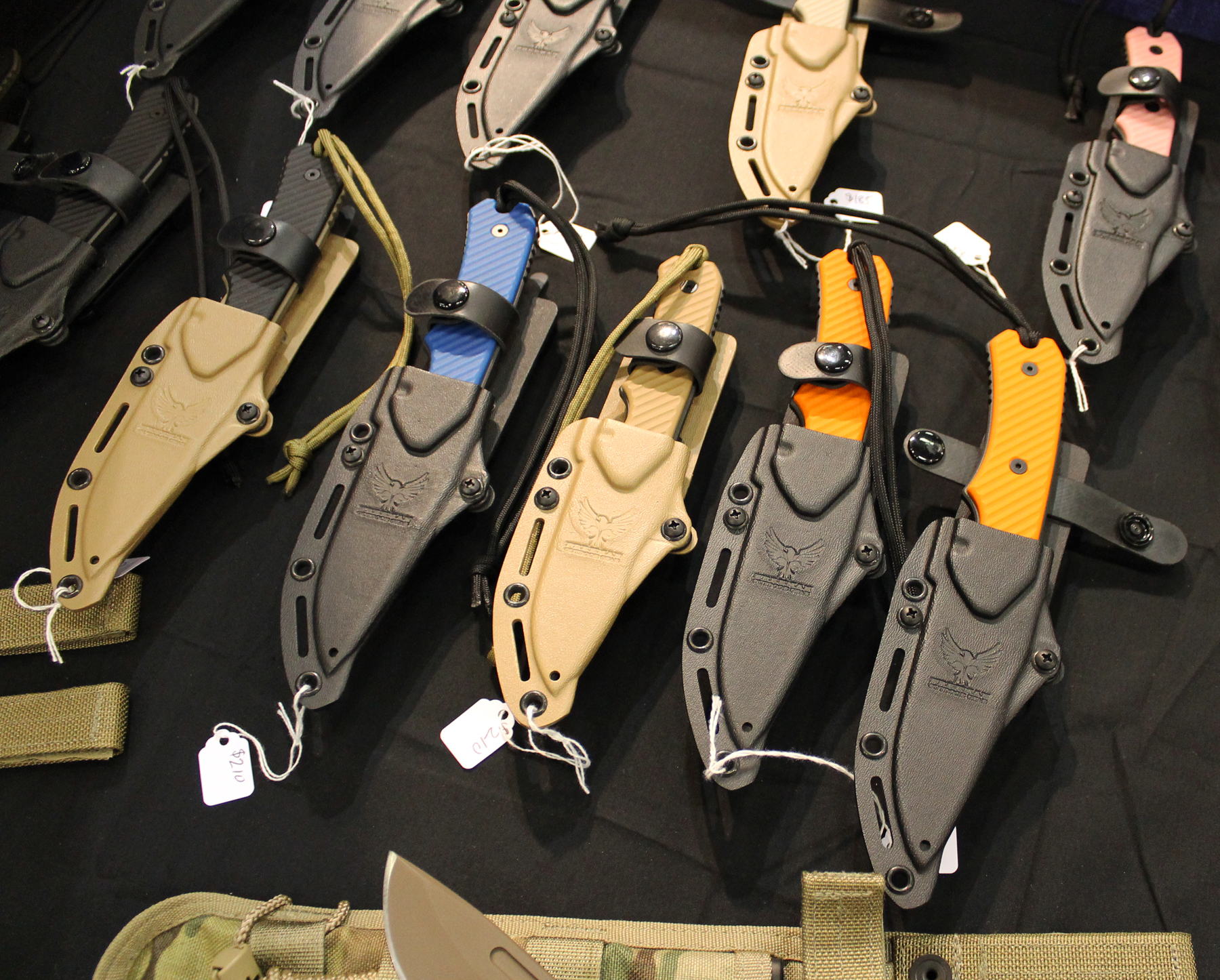 I was immediately drawn to Jeff Freeman’s booth at Blade Show 2014.  His Freeman Outdoor Gear knives looked just right for first responders.  I discovered exactly why when I learned that Jeff is a U.S. Army veteran and a former wildland firefighter.

To honor the men and women with whom he worked in the fire service, Jeff named his Model 451 after the radio call sign “451” which was his crew’s.  It is coincidentally the ignition temperature at which paper burns, according to the famous Ray Bradbury novel.

Regardless of the reasoning, these are some hot knives.  The standard and compact 451 are full tang CPM-S35VN steel at a RHC of 59-61.  Various shades of Cerakote coat the blades.  Machined G10 or Micarta handle scales offer the grip.  All of the knives have a precision and professionalism about them.  And they are Made in the USA. 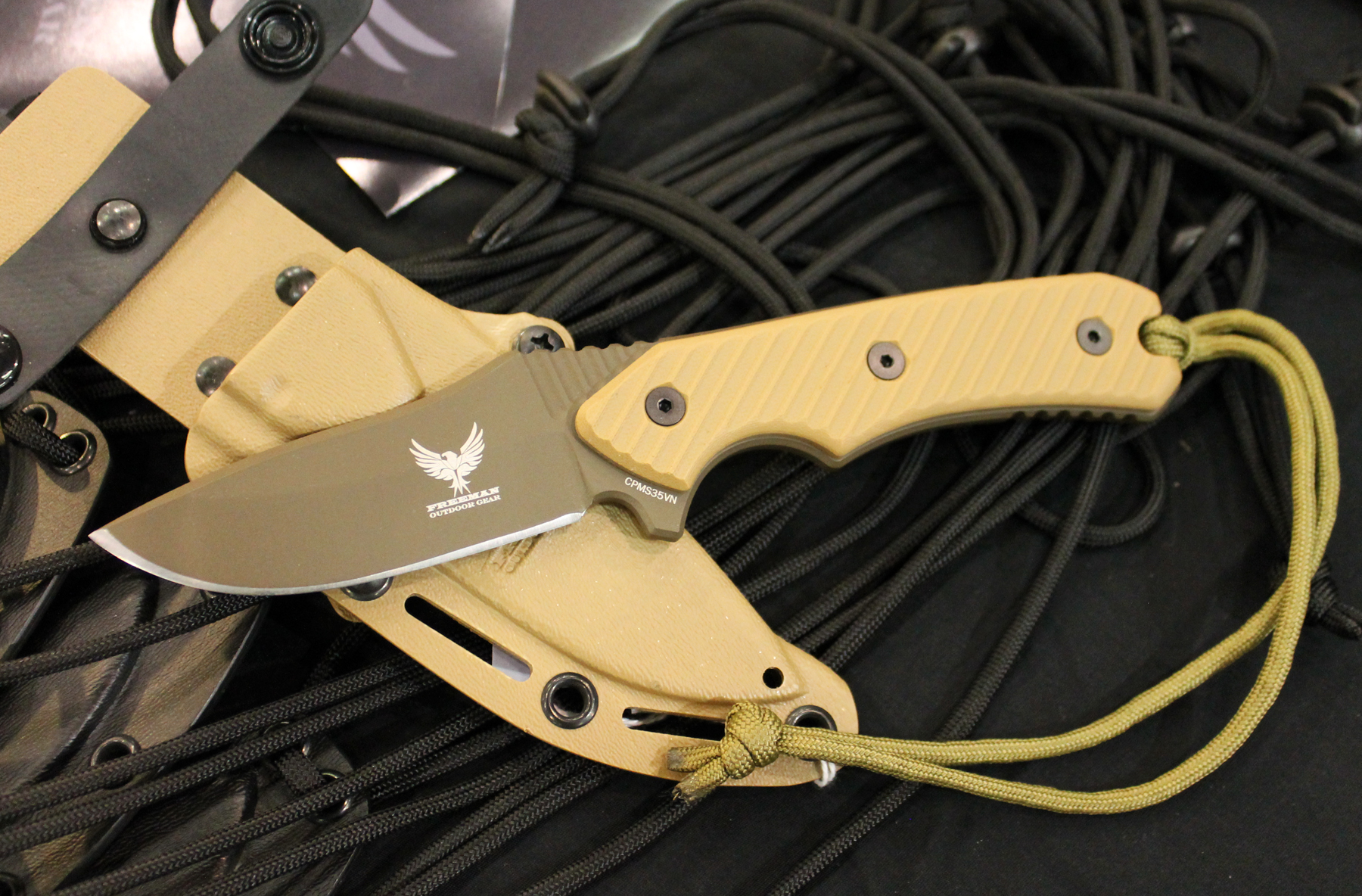 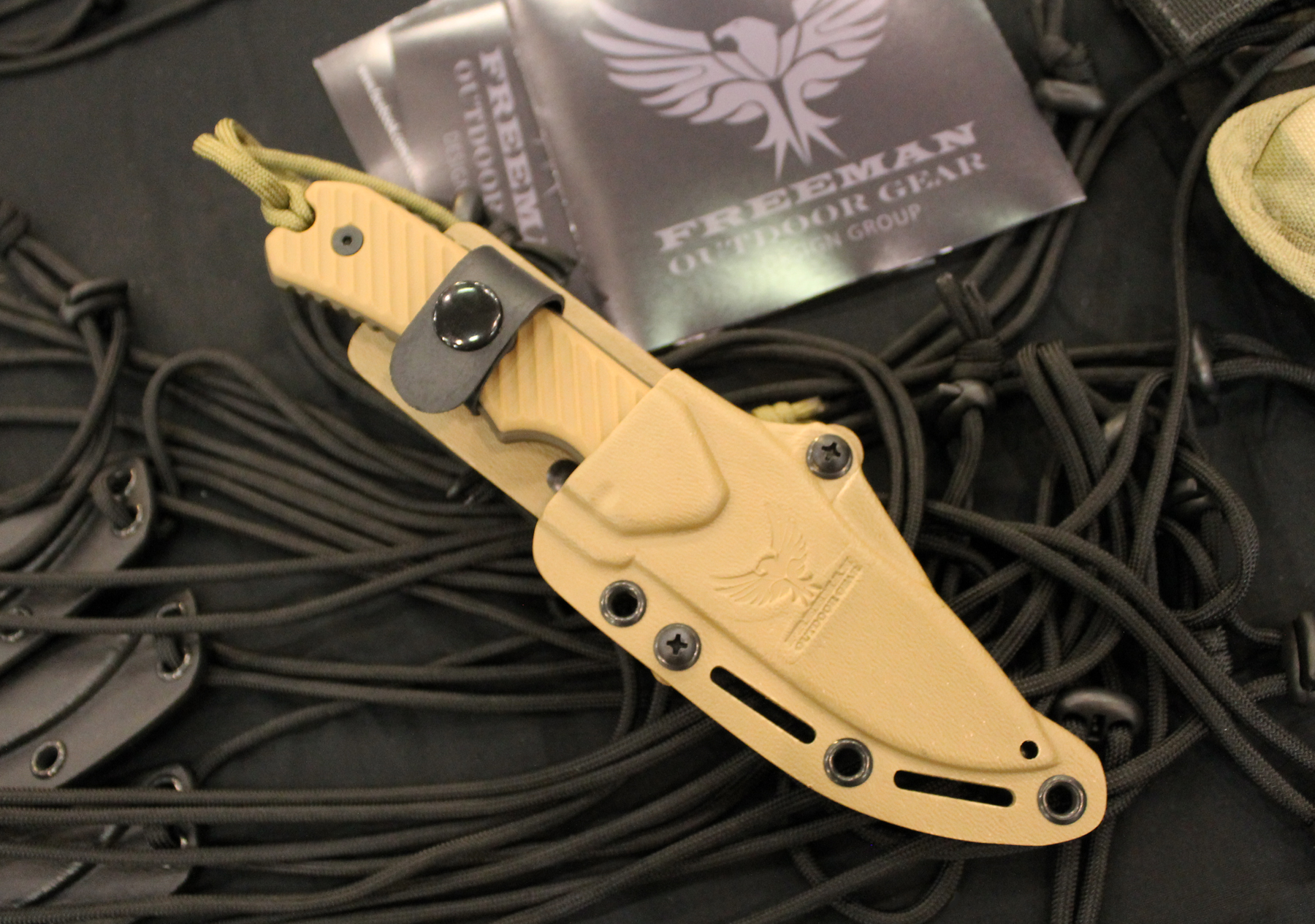 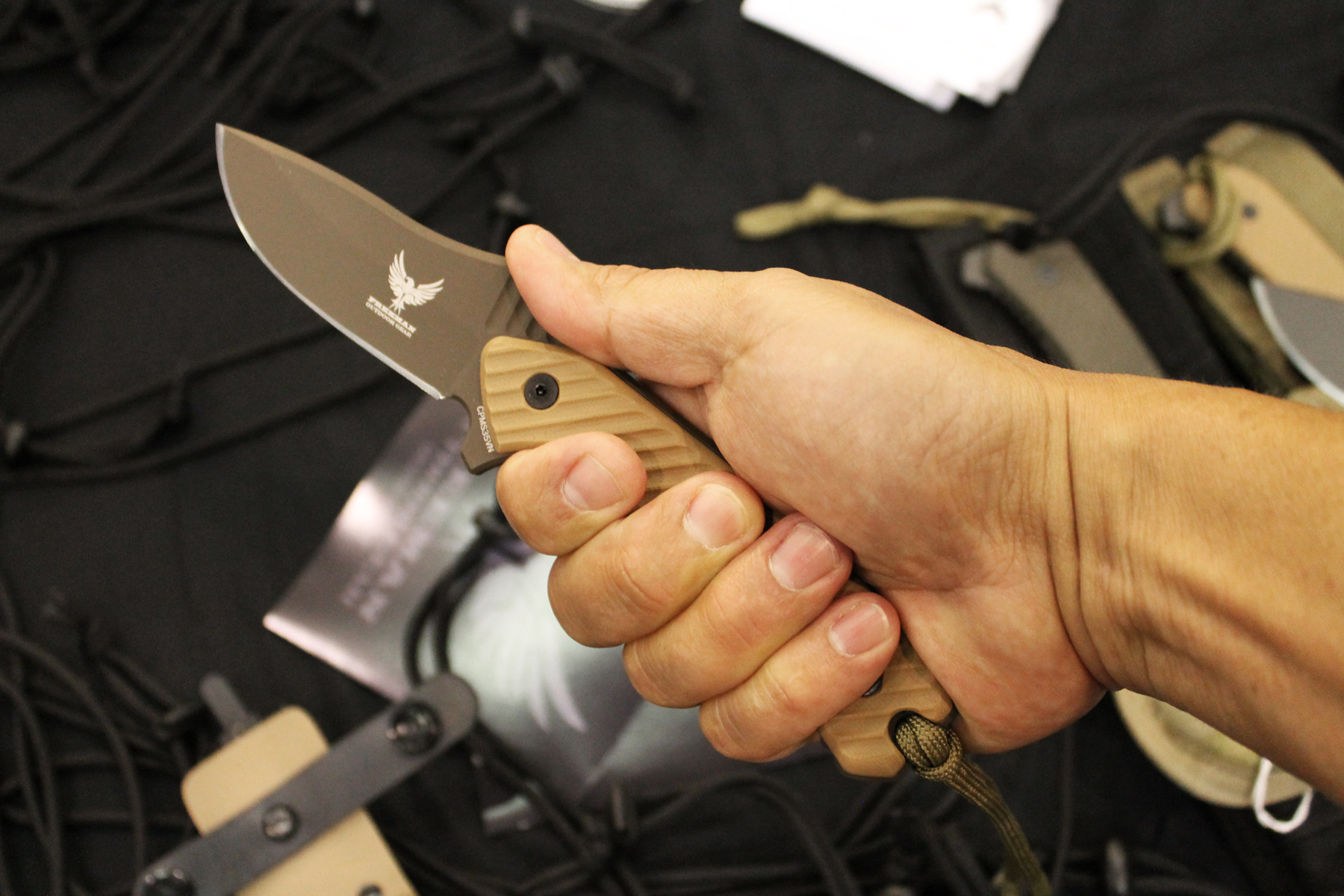 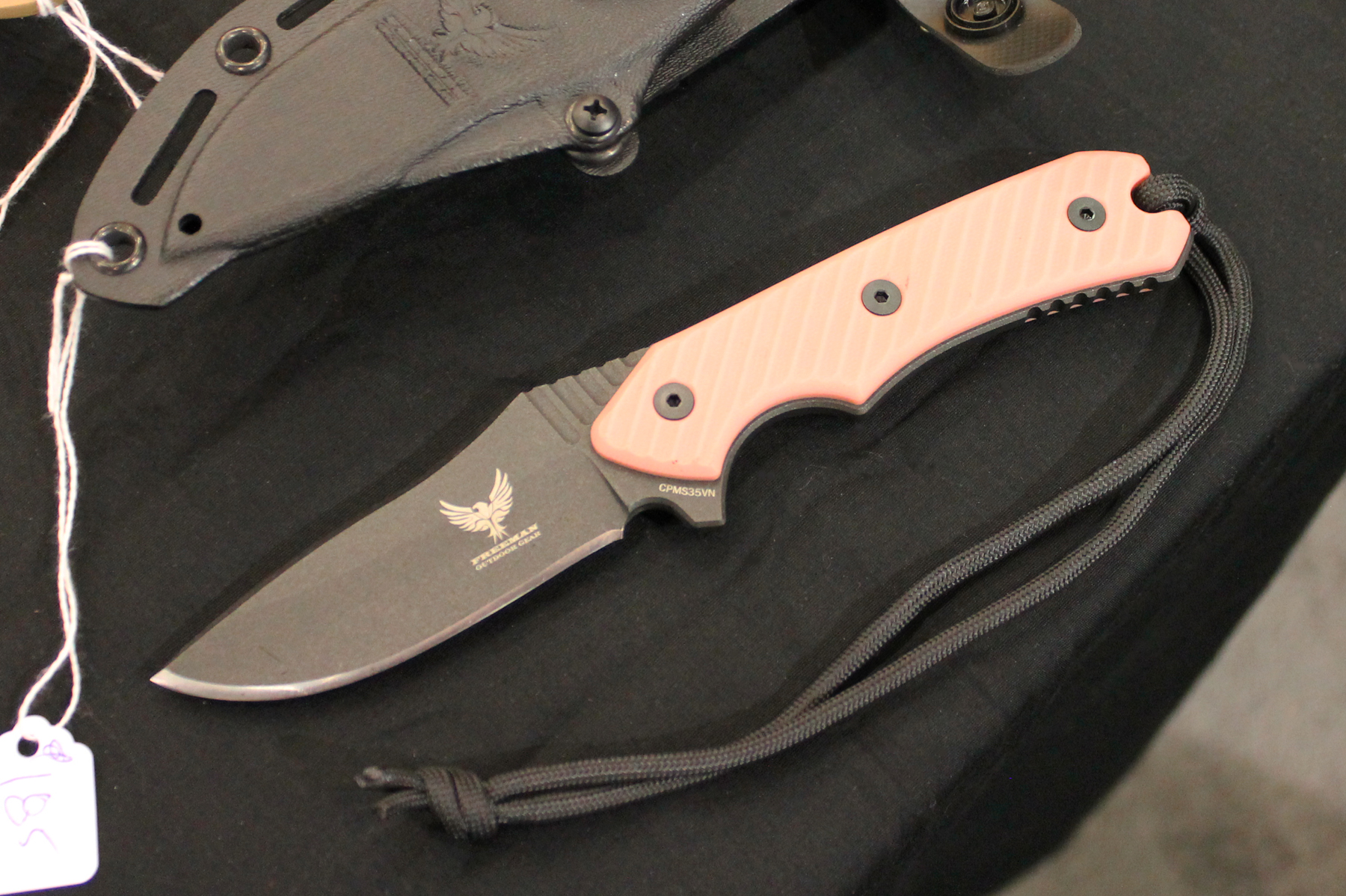 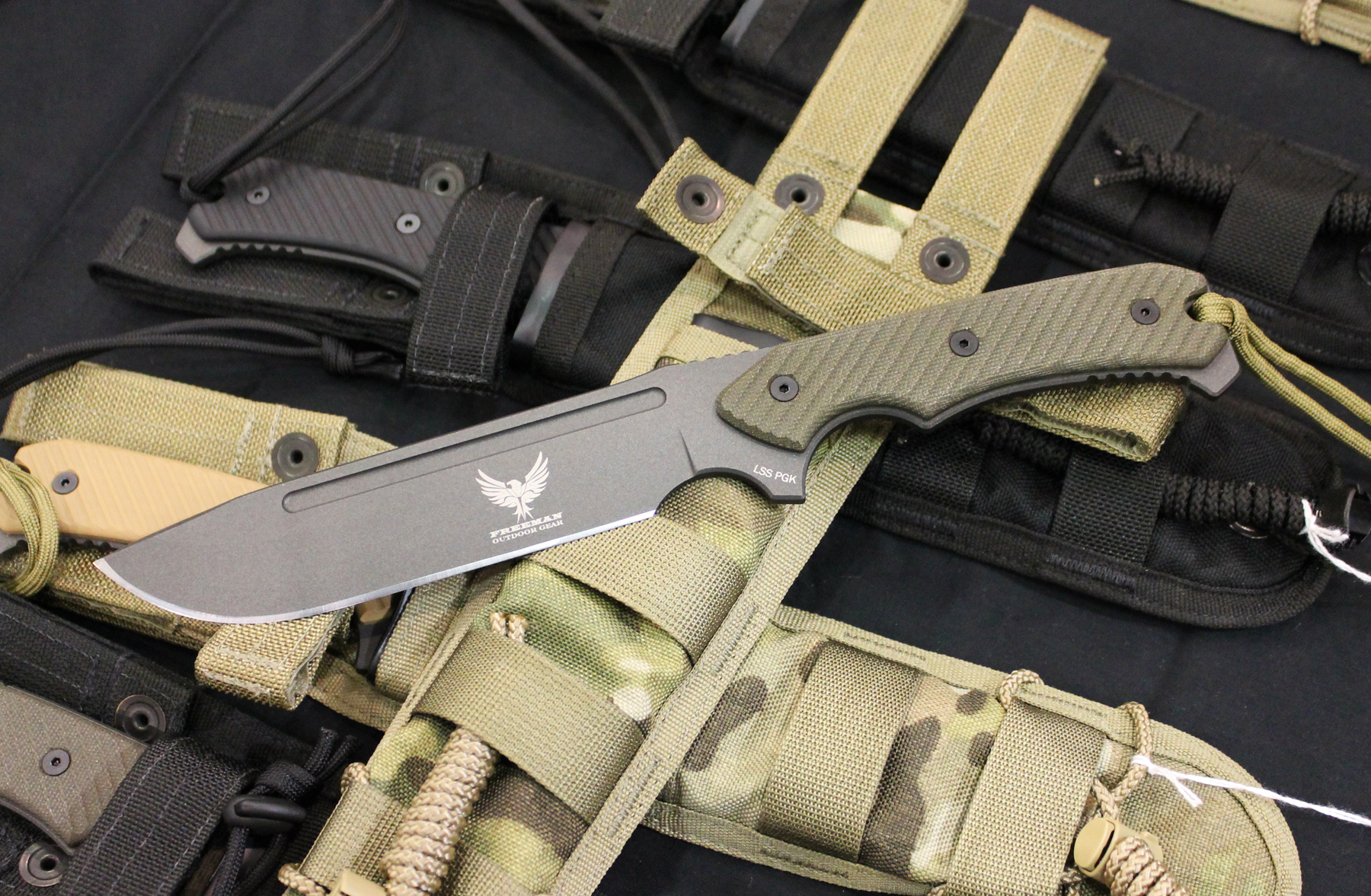 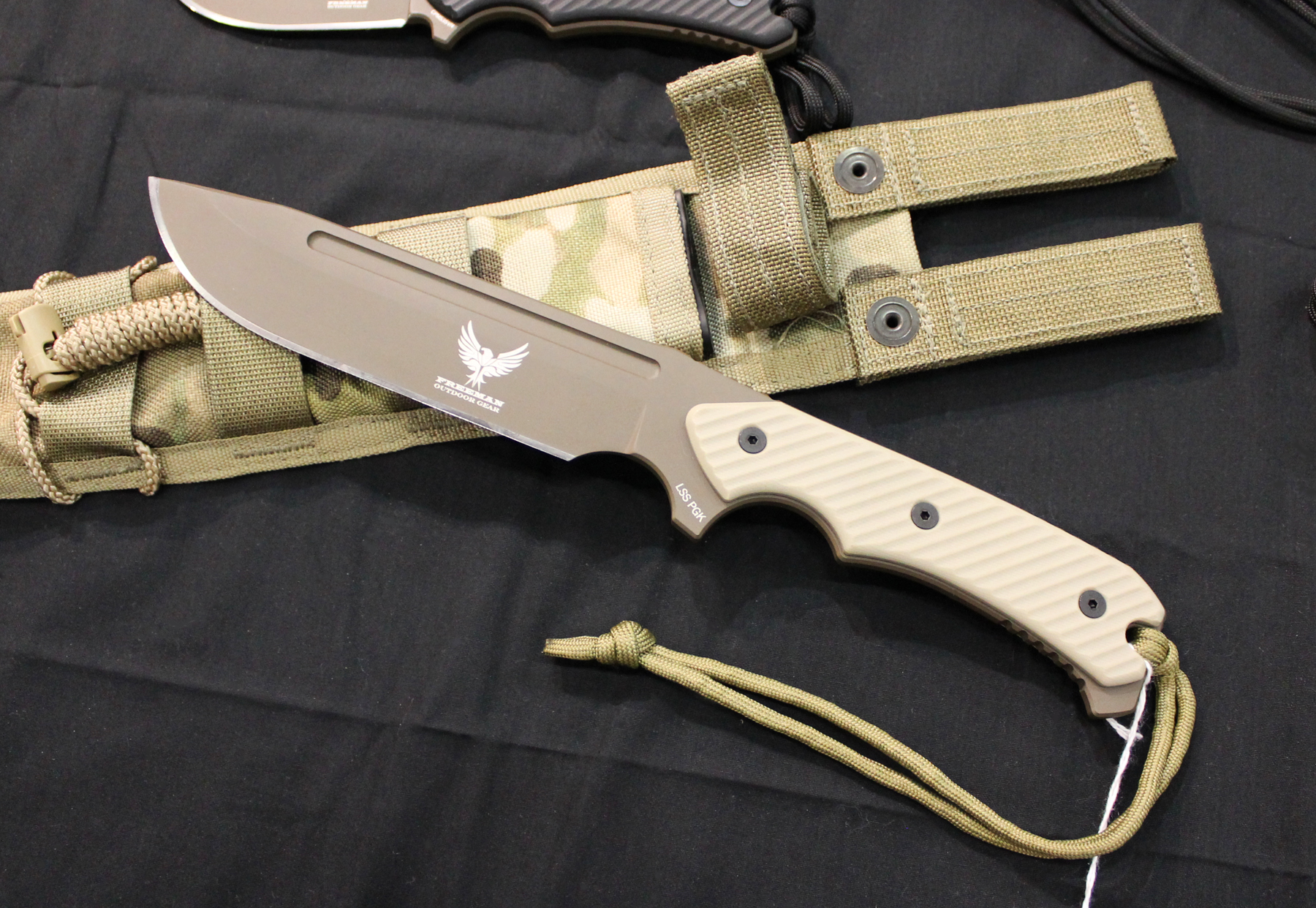 According to Jeff, “The standard 4″ 451 is a very capable knife, but I have been getting questions about making a larger ‘chopper.’  Because, well, sometimes you just need a larger knife.  We’ve kept the weight down to less than a pound and kept the overall footprint compact for such a big knife.  Same great machining details, same great handle scales.  We enlarged the front lower guard, added a front choil for choking up on the handle and added more of a ‘parrot’s beak’ shape to the pommel to aid in retention.  We also added some small jimping features on the flat end of the pommel for hammering ‘traction.'”

Blade steel for the neck knife and the Chopper is Latrobe LSS PGK tool steel, which Jeff says is similar in toughness to D2.  The construction and design of the larger knife shows much thoughtfulness toward performance and functionality.  In the hand, the Chopper’s balance is slightly forward, as you would want in a knife of its intended purpose.

Unfortunately for me, Jeff was out on the show floor when I stopped by his booth.  I was very warmly welcomed by his longtime friends, Brenton Webber and Ben Lester, who talked up Jeff’s products like pros.  In corresponding with Jeff, he confided in me that Brenton, a farmer like Ben, has been his “go-to tester” for years, adding, “That guy is just plain hard on gear…”

Jeff says his knives are carried by “service members, outdoorsmen (hunters, backpackers, guides, etc…), and PFR types.”  He continued, “I think it helps that they are great designs made from premium materials, but don’t cost an arm and a leg.  They are priced reasonably because I wanted to make a great product that is affordable to the average guy. Plus the knives are fairly compact and light while still being useful in a wide variety of situations.” 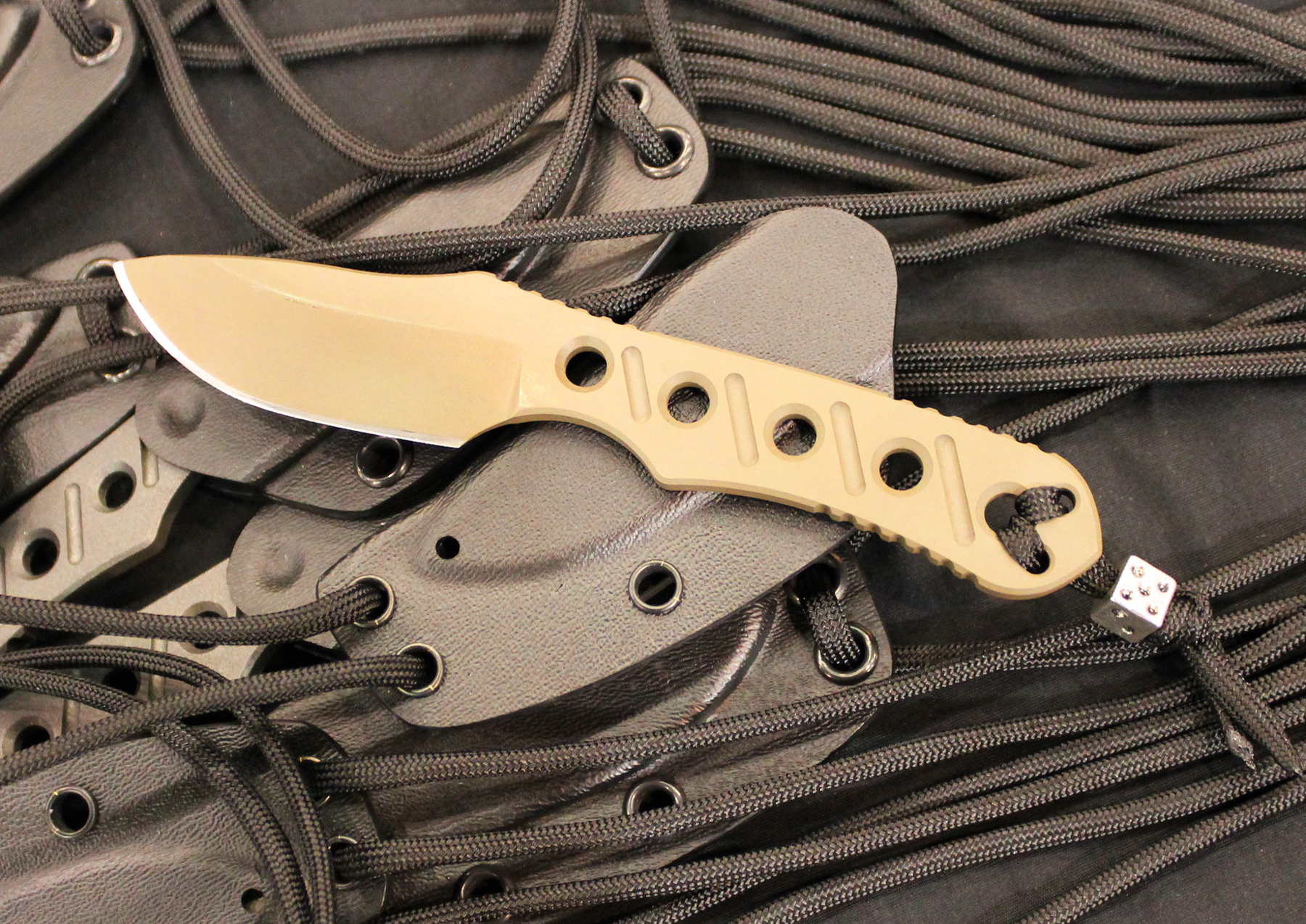 Design acumen such as this does not develop in a vacuum.  Jeff worked as the lead knife designer at one of America’s largest knife companies for over a decade.  If you want to read more about Jeff’s thoughts on the 451, click on this link:  My Knife Manufacturing Philosophy and the Model 451 Fixed Blade.

I would have definitely carried a 4″ Model 451 on my load-bearing vest back in my SWAT days.  Had I been involved in more woodland ops or marijuana interdiction, I could see kitting up with the Chopper.  These are some great tools by a great knife designer.

This entry was posted in Knives, SWAT and tagged Blade Show. Bookmark the permalink.