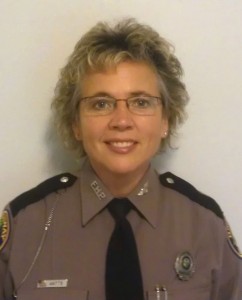 How many times does this have to be repeated to us?  DAVID is for official use only.  Period.  Period, period.  The latest shenanigans that involve the inappropriate access of Florida’s Driver and Vehicle Information Database is articulated in a lawsuit filed by Florida Highway Patrol Trooper Donna Jane Watts.  Watts is suing 88 law enforcement officers, and the 25 police agencies where they are employed, for a breach of the Federal Driver’s Privacy Protection Act of 1994.

Following Trooper Watts’ 2011 high speed pursuit of Miami Officer Fausto Lopez, in which Watts ordered Lopez out of his marked police car at gunpoint and arrested him for reckless driving, Watts said she was subsequently harassed at her protected address.  She claims she suffered an invasion of privacy when her DAVID records were illegally accessed by scores of LEO’s.

This is far from being the first time DAVID has been misused.  Former Clearwater Police Lt. Richard Crean was caught using DAVID to run license tag information for a friend’s child custody battle.  An audit of his DAVID usage showed hundreds of questionable queries from 2011 to 2012, as he apparently looked up celebrities, local female restaurant servers, other officers’ wives, a television news anchor, and even his own girlfriends.

Crean faced a felony charge for transmitting a DAVID vehicle registrant’s information screenshot via cell phone text message to his friend in the custody fight.  The Sixth Judicial Circuit State Attorney’s Office later declined to file the charge, based, in part, upon pending internal discipline against Crean by CPD.  Faced with termination by his department, Crean resigned in 2013.  Crean claimed he “never really received formal training” for the secure database.  His words in quotes.

Well, here is a portion of the disclaimer a user electronically signs each and every time he or she logs in to DAVID:

“All data contained within the DAVID system is sensitive and privileged information and shall be handled accordingly. To maintain the integrity of this information, the records will be accorded proper management and security, and will only be accessed and used by authorized personnel in accordance with state and federal law.

“Activity associated with any aspect of the DAVID system is subject to detailed monitoring and audits to protect against improper or unauthorized use. Unauthorized use includes, but is not limited to, queries not related to a legitimate business purpose, personal use, dissemination, sharing, copying or passing of DAVID information to unauthorized users and could result in civil proceedings against the offending agency and/or criminal proceedings against any user or other person involved.”

In my experience, all certified DAVID users receive more than enough warnings not to misuse the system.  So, back to the Watts case.  Lawyers for the respondent officers have asserted that there is no breach of privacy if nothing was actually done with the information obtained against policy through DAVID.  I doubt that argument will protect their clients.

“(a) Cause of Action — A person who knowingly obtains, discloses or uses personal information, from a motor vehicle record, for a purpose not permitted under this chapter shall be liable to the individual to whom the information pertains, who may bring a civil action in a United States district.

(1) actual damages, but not less than liquidated damages in the amount of $2,500;

(2) punitive damages upon proof of willful or reckless disregard of the law;

(3) reasonable attorneys’ fees and other litigation costs reasonably incurred; and

(4) such other preliminary and equitable relief as the court determines to be appropriate.”

With law enforcement increasingly dependent upon secure computer databases for day-to-day investigative purposes, as a profession, we need to mind the rules and show proper restraint to keep our terminals, accesses, and log in rights.  Moreover, we must be ethically responsible.

This entry was posted in Misc., Technology and tagged Florida Highway Patrol. Bookmark the permalink.

One Response to FHP Trooper Files Lawsuit for Misuse of DAVID