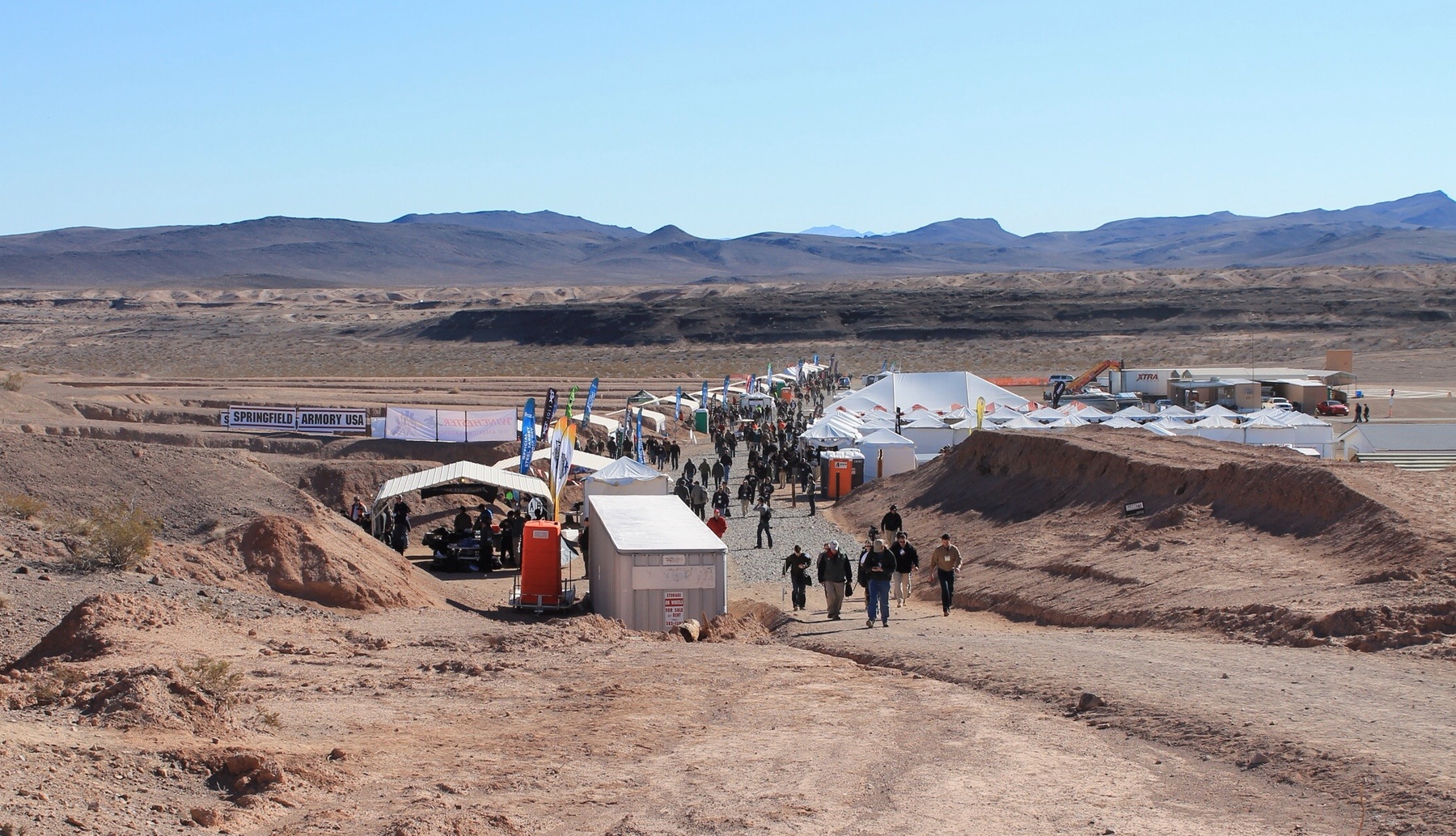 The high desert was good to us this morning. Temperatures were a balmy 45 degrees for SHOT Show’s Media Day at the Range 2014. Compare that to last year’s 28 degree deep freezer. The winds, though prevalent again, were also relatively tame. Richard, Aaron, and I rode out to Boulder City on one of the shuttle buses, arriving promptly at 0800 after the 45 minute commute from the Strip.

Approximately 700 media members were invited to the morning session. The rest of the general media could come after noon. There seemed to be less of a crush this year, although we had a comical end to the bus ride when our driver had heated words with a staffer over where to drop us off, we were not immediately allowed to leave the vehicle, and a Boulder City cop had to be summoned to steal, uh, move someone’s obstructive idling truck/camper. This was capped off by a Media Day official rushing into the chaos and nearly wrecking his Yamaha four-wheeler right just off the port side of our bus! We had not even disembarked yet. 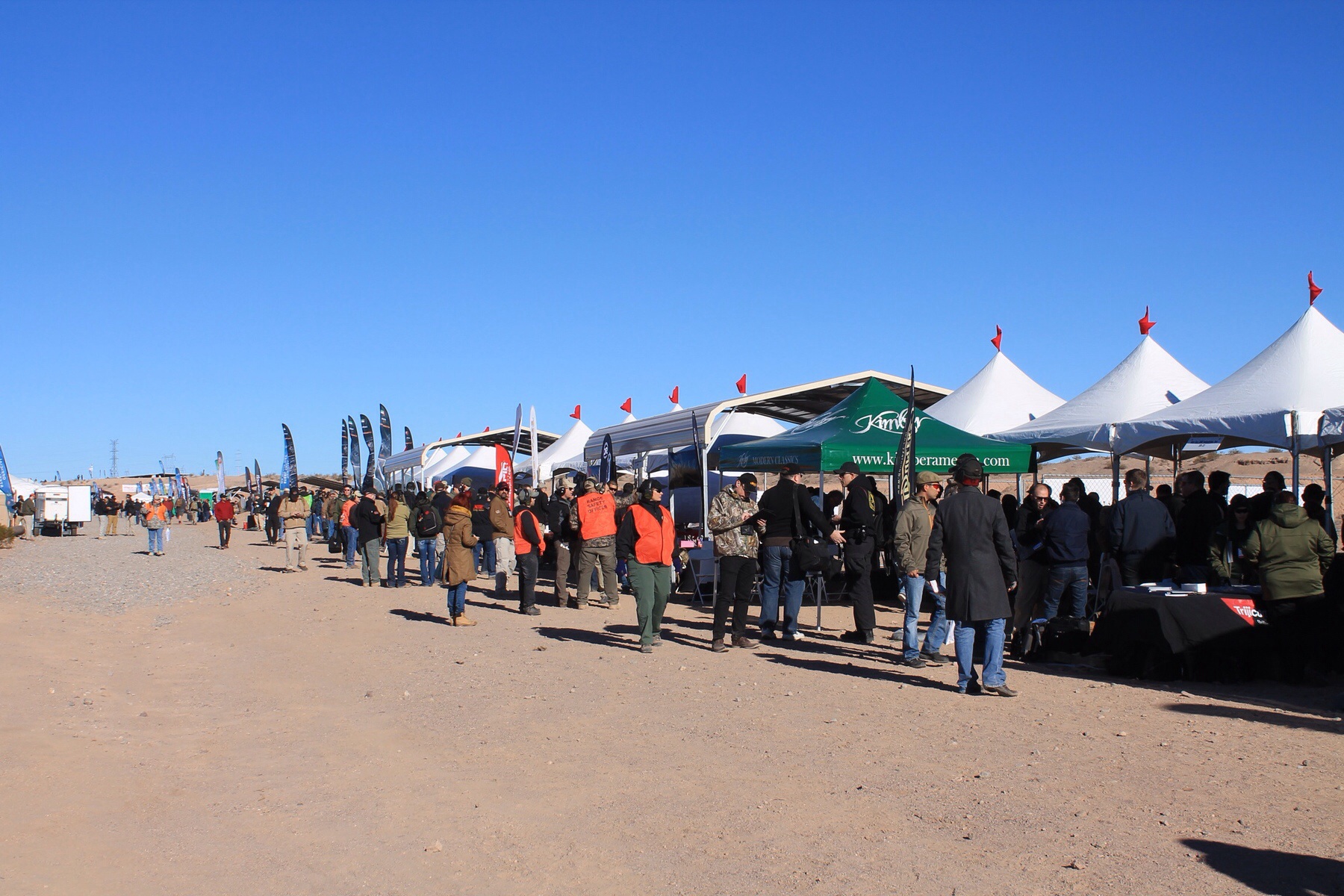 After waiting to get our Media Day passes, which never arrived by mail, we quickly struck out for the Glock display to check out (shoot) their new .380 G42. There was not much of a line, and suddenly then there was! We were glad we made it our first stop. Because of the controversial caliber choice, I guess everyone wanted to see what the fuss was about. I glanced over at the Glock shooting lanes throughout the day and the line of looky-loo’s never subsided. More on shooting the new sub- sub- compact later… Gunny once again presided over the Glock goings-on. 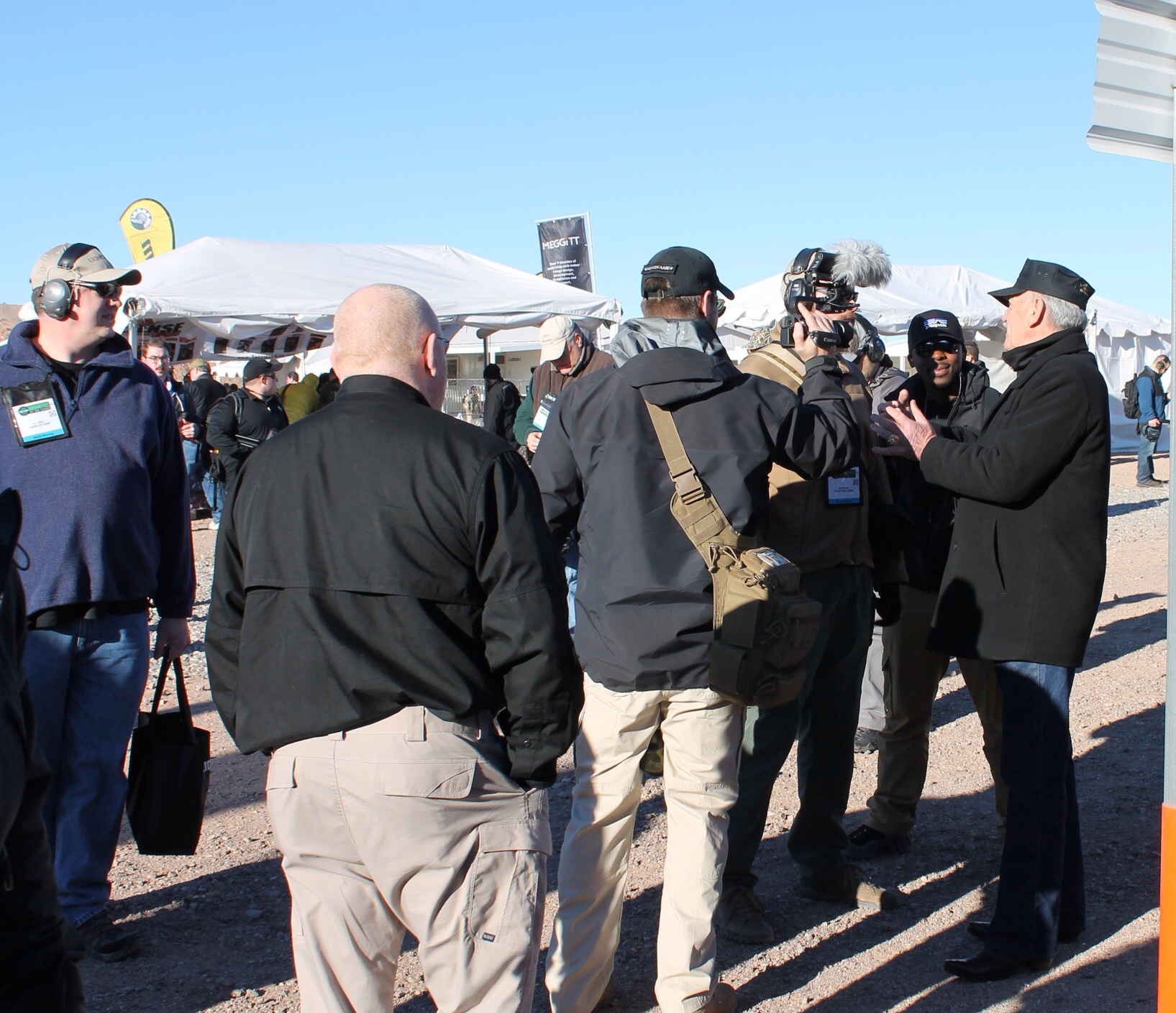 If you wanted a preliminary shooting review of the new Remington R51, the modern re-release of John Pedersen’s 1917 pocket pistol design–sorry! We were told by former Army Marksmanship Unit gunner, now Remington rep Travis Tomasie that the R51 will be formally introduce tomorrow at the Show. Kinda didn’t allow for a over a thousand journalists to get a firsthand impression of how the gun acts with live ammo. I doubt we will be able to bust caps in the Sands Convention Center. 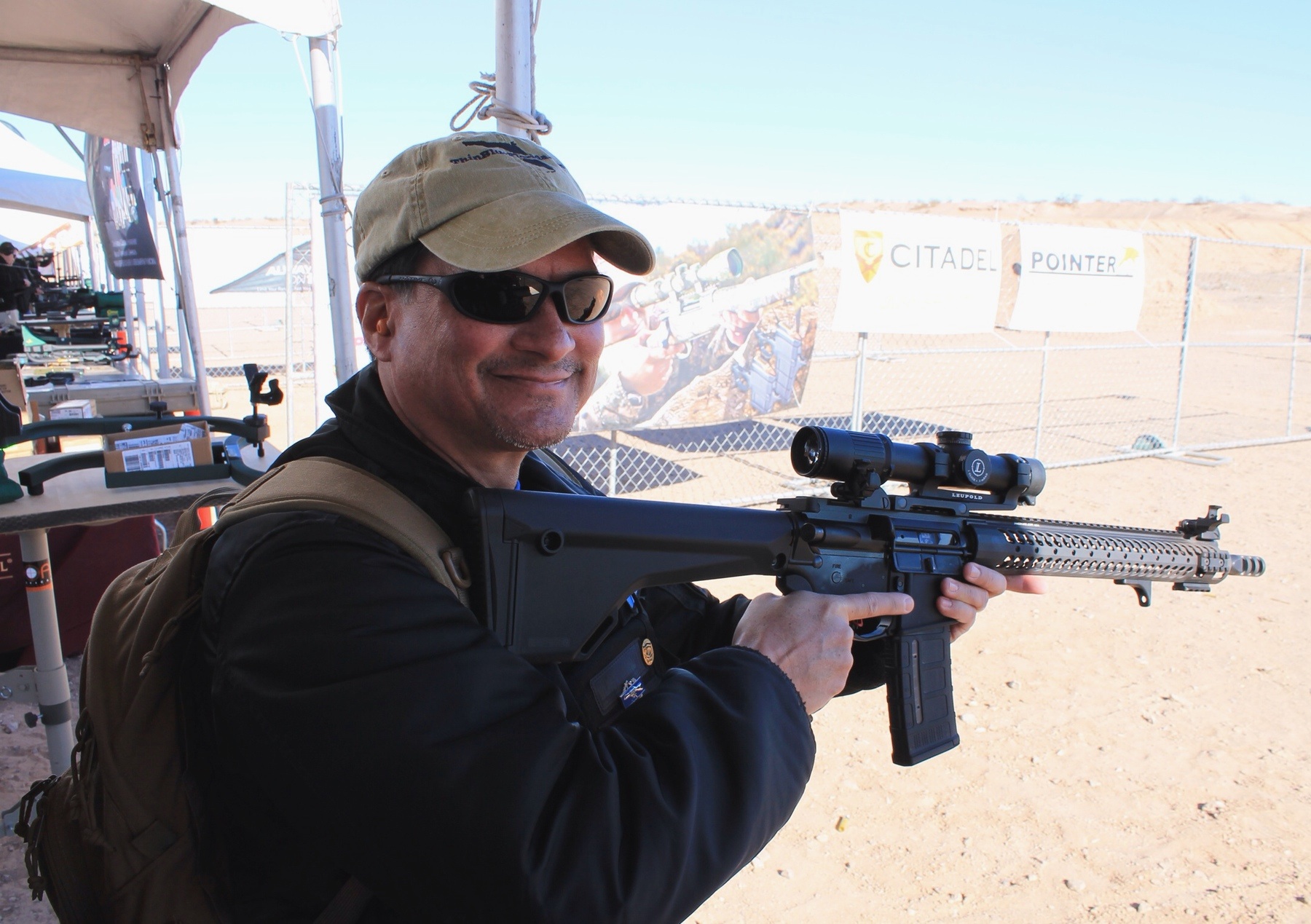 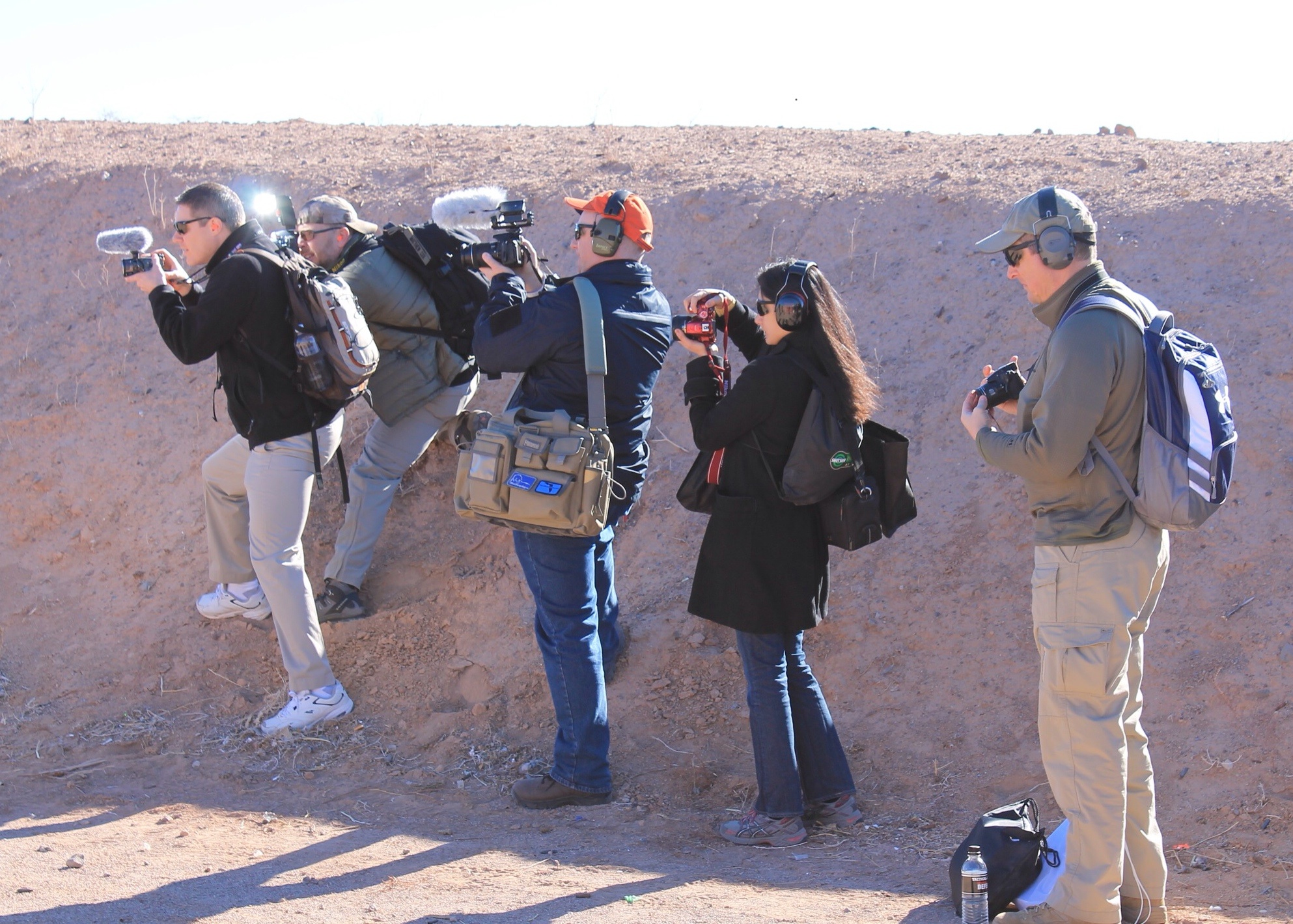 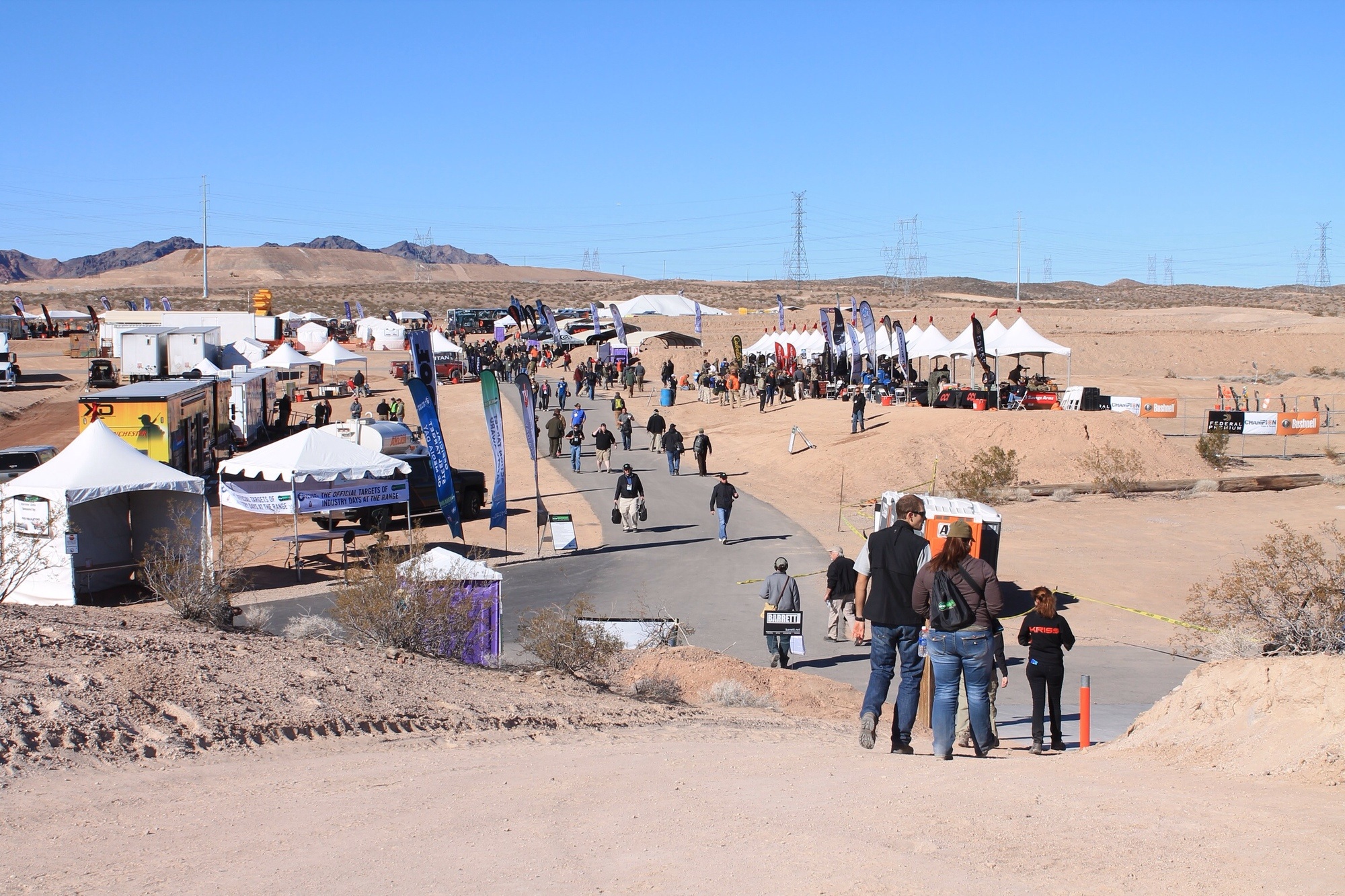 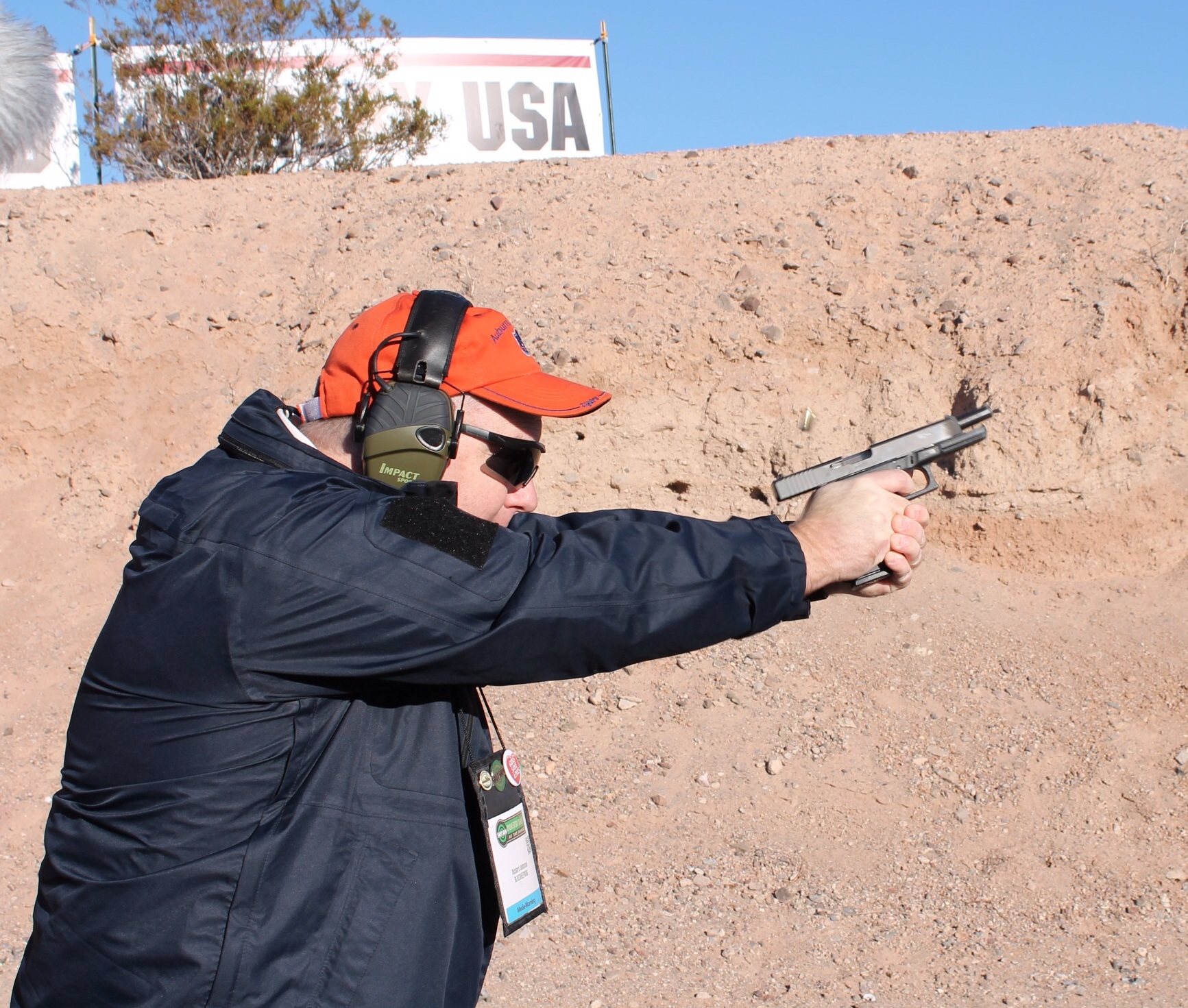 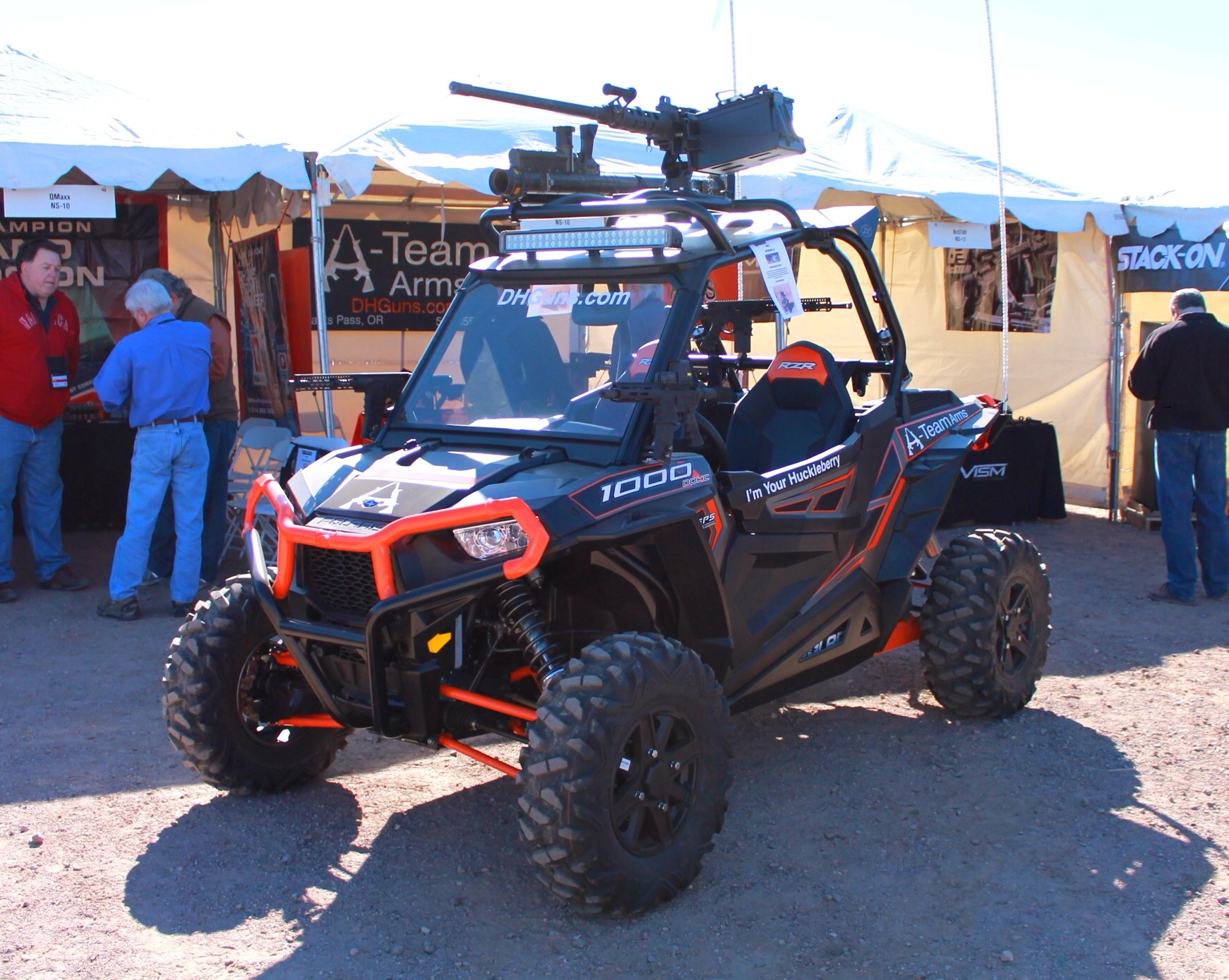 Whew! There was much to see. I actually dozed off on the bus ride back to my hotel. Bear with me as I will be collecting, compressing, and collating an overload of information over the next few days.

This entry was posted in SHOT Show and tagged Media Day at the Range, SHOT Show. Bookmark the permalink.