We sometimes focus too much 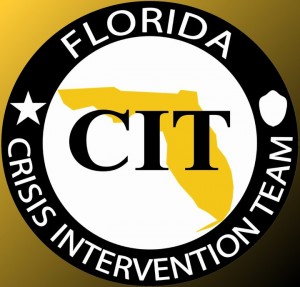 on technology and equipment in the law enforcement profession.  Real officer safety starts in the brain.

In the wake of a critical incident earlier last year, my department decided to send a group of officers to Crisis Intervention Team training.  In a nutshell, the forty-hour CIT training block provides a unique insight into mental illness and how law enforcement can more effectively deal with those in crisis.

After taking the CIT course, I can attest to its resolute commitment to officer safety.  From the outset, the instructors stressed that officer safety is of primary importance in dealing with mentally ill persons, and this course was not designed to in any way to alter their currently accepted street survival practices.  This I liked.

A caveat to CIT is that you get out what you put in.  This type of training is intended for those who volunteer for the program.  Volunteer.  If you are mandated to take this course of instruction, you will probably not take much away from it.  I addressed that in a BlueSheepdog article.

With a heavy focus on officer safety, the training went into such topics as:

The meat and potatoes of the course teach the officers to interact with the mental health consumers (the currently accepted term) in a way that has the best chance for a non-confrontational outcome.  I’ll be blunt.  There are times when we can avoid a fight.  Think of your law enforcement career as a long, long road.  Eventually, you’ll start wanting to do what you can to go around some of the bumps.

My class was made up of 34 sworn law enforcement officers from local and state agencies.  A total of seven officers were on hand from my department, which has sent about 20% of its patrol officers to CIT training.  That percentage is within parameters set by the Memphis Model for CIT.

In talking to the other students, one of the most valuable segments of the training was the opportunity to speak with persons suffering from mental illness.  They didn’t always like us, but they did give us insight into their points of view and struggles, especially in dealing with persons in authority and those in uniform.

A common theme among the customers was the presence of internal voices.  One of the practical exercises in which we participated was to wear an MP3 player with headphones that played a stream of voices into our heads.  Equipped with such whispers or command hallucinations, we were asked to perform simple tasks requiring some level of concentration, such as math, logic, or word problems.  Most students found the exercise enlightening as to its difficulty.

Several hours at the end of the course were also devoted to scenarios.  Eight role-playing exercises confronted the student officers with challenging problems to solve, with mental health counselors capably acting as the mentally ill persons.

My department’s contingent included five officers of less than four years’ tenure.  I felt they benefited the most from the CIT training.  This assumption was borne out three nights later when one of new officers, having less than a year’s experience on the street, implemented what she had been taught at a call for service.

Using the mindset and techniques learned in CIT training, the rookie officer successfully calmed a violent, armed mentally ill subject and allowed him to be taken into custody without injury to him or the on-scene officers.  I’ll say that was a CIT success story.

When possible, we dispatch a CIT trained officer to any call involving a person in crisis because of mental illness.  Proper de-escalation of these often volatile situations is the safest response to protect both the citizens and the law enforcement officers.