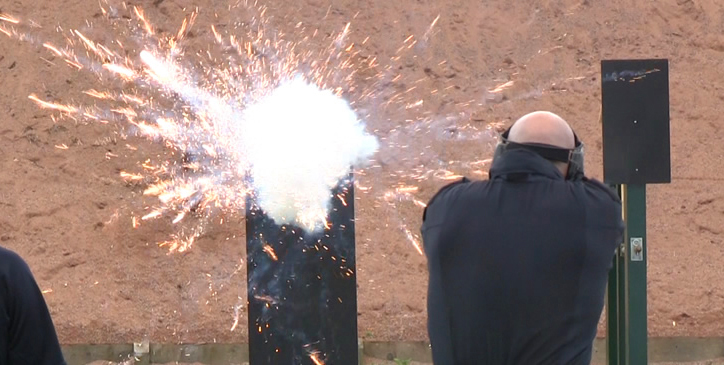 I kept seeing flashes and smoke at the west end of the Orange County Sheriff’s Office Range at SWAT Round-Up International.  At the far north end of vendor row, I got to speak to Andrew Mahwhinney of Firebird Tactical.  He showed us some of the cool metal target discs that react when hit by bullets.

Firebird Tactical, a division of Firebird Reactive Targets, Ltd., was started to introduce their parent company’s products to the Military and Law Enforcement.  SWAT Round-Up International is the U.S. launch of the brand.  Firebird Tactical markets 40mm and 65mm-sized targets called either SniperFire Standard or SniperFire Mil-spec.  SniperFire Standard targets affix to a backer with high tack double-sided tape and are specifically designed for high power rifle fire.  They allow for instant hit recognition at long distances.

Firebird’s SniperFire Mil-spec targets are designed to be water-resistant and have magnetic backing in addition to the high tack tape.  They are luminous and can be used in the dark, adding to their versatility.  Mil-spec discs’ increased visibility can be seen from distances out to 3000 meters.  Both the Standard and Mil-Spec ignite with a shimmering pop and not a loud bang. 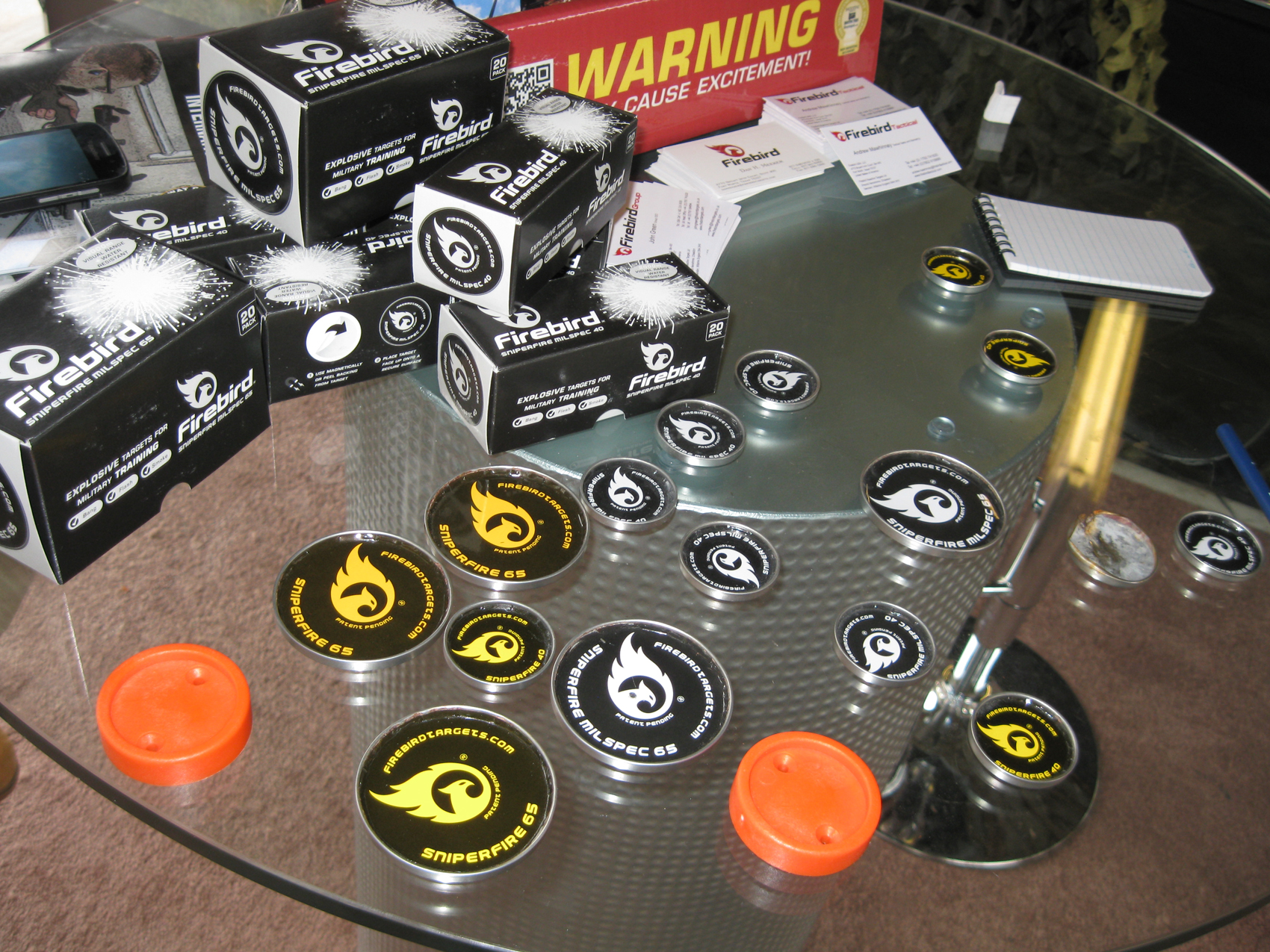 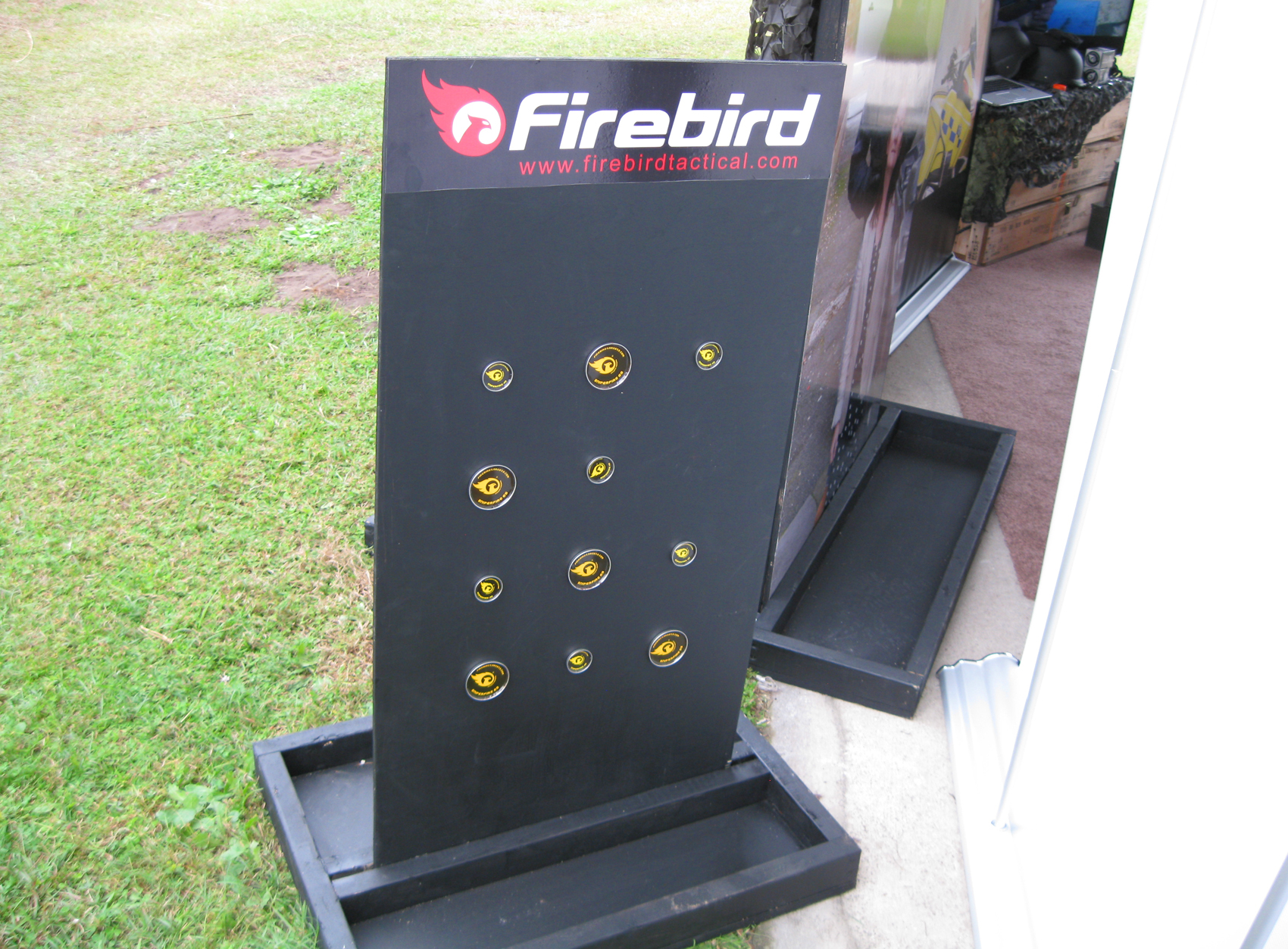 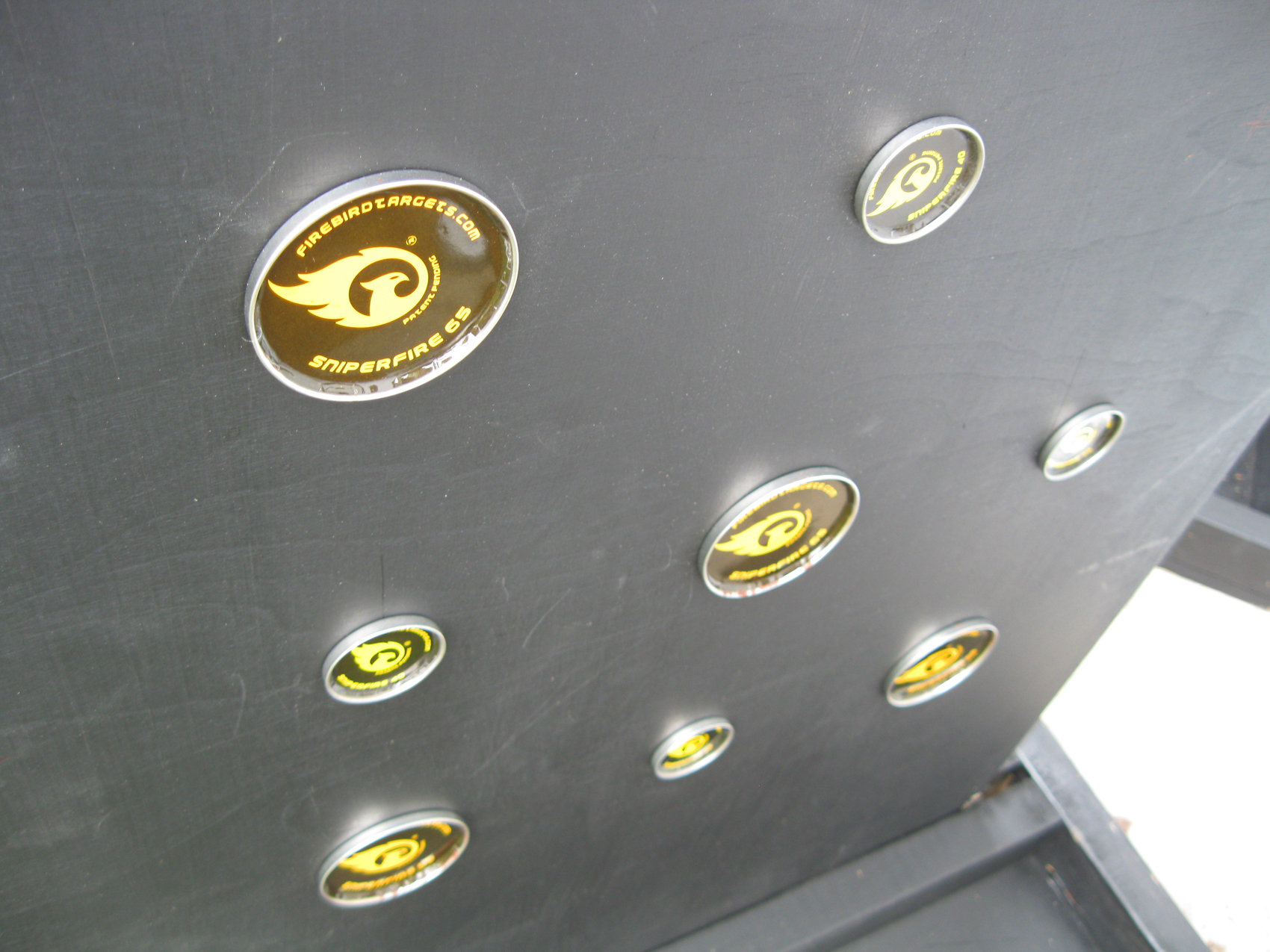 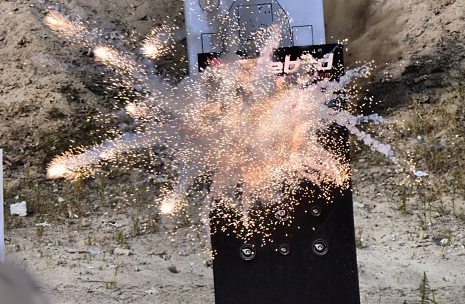 Firebird Tactical also markets a line of high resolution 6′ X 3′ situational targets that can have the reactive discs mounted on the back to add some spark to the traditional “kill zones.”  Some examples are seen below.  The bull is apparently preventing you from getting a Starbucks.

I can see value in the instant recognition (gratification) of hitting a target and watching it explode.  My friend thought these would also be great for teaching youngsters the shooting arts.  Puncture some paper for a while, then put up a few Firebirds to liven up the session!  It’ll work with your average SWAT guy and with your kids, too.  The cost for Firebird Reactive Targets are about a dollar a piece.

This entry was posted in Firearms and tagged SWAT Round-Up International. Bookmark the permalink.