In the SWAT Van 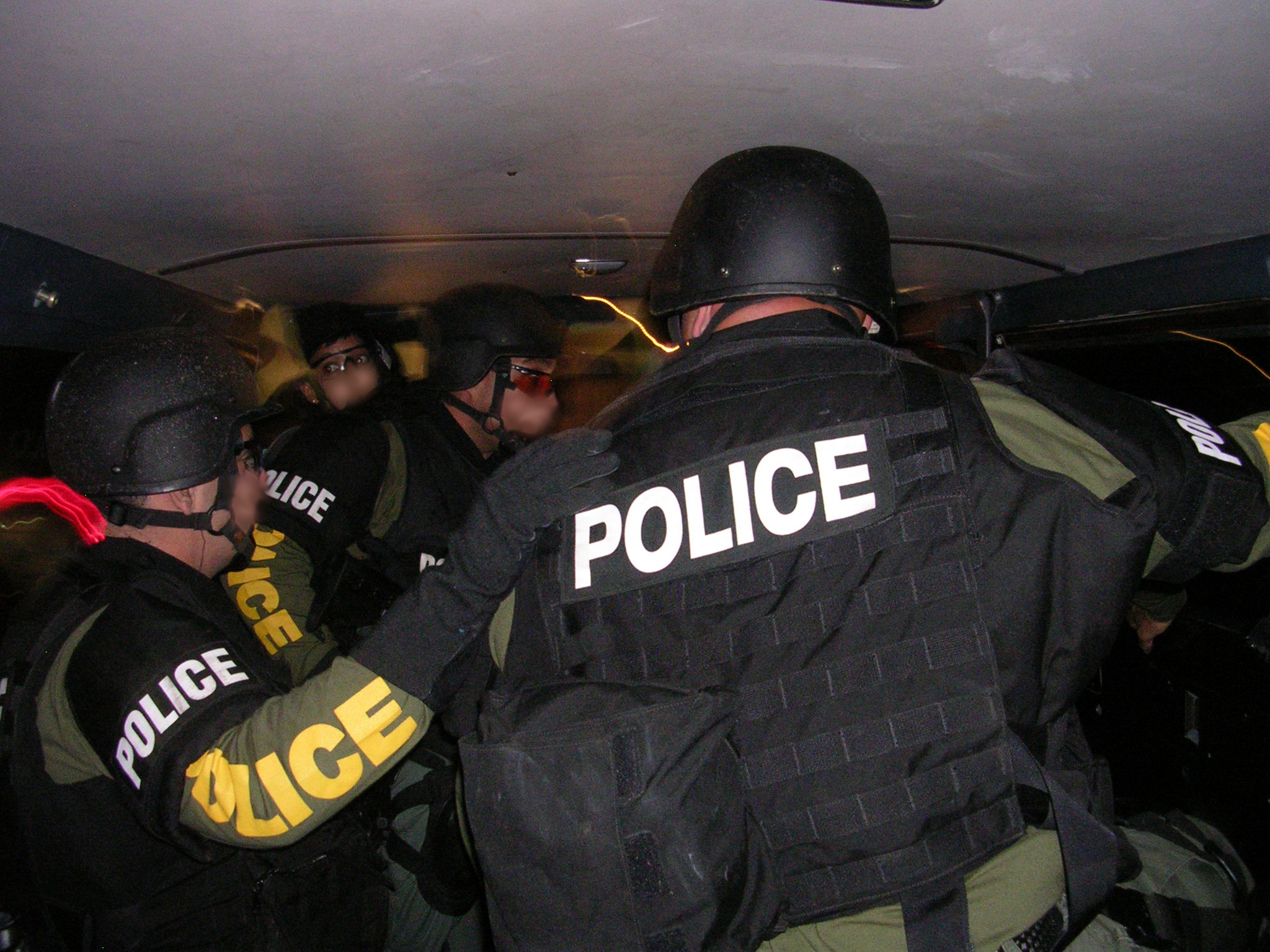 The guys were loading up the van for a full blown SWAT call a few weeks ago. I was
still a street supervisor and working the evening shift.  Thinking I might be of some use,
I hovered around the equipment room to help.  As we collected gas, less lethal, long
guns, tools, and the rest of the gear, I told each one of them to “Be careful,” or “Watch
your buddies.”  Just before the van was pulling out, I waved and told the last pair
aboard, “Have fun stormin’ the castle!”

Something special to me about serving on SWAT was the camaraderie and shared
experiences that unfolded under serious pressure.  For decades, I rode in the van while
en route to high risk situations.  It was the job of the senior shooters to keep the junior
guys from stressing out over all the things the could happen when we dumped out.  Thus, the van became a place of brutal humor.  Who the hell picks on and makes fun of one another while driving into danger?  We found that lightening the atmosphere dissipated some stress.

I once watched one newer team member nearly blow up and lose his sh#*t as he sat
catatonically fretting the details about a shots-fired barricaded subject to which we were headed.  His eyes were bugged out and he had gone pale.  A quick distraction in the form of a personal jab and some laughter brought him back to readiness.  The van is not a cruise
ship–you have to get off at every port.

Amid the sounds of Velcro and straps being adjusted, the caustic banter would continue
as city lights streamed by and radio transmissions crackled.  The driver shouted out
turns like a vocal directional signal and bodies leaned and braced.  The circus on radials
would continue until we heard, “One minute out!”  It got real after that.

We had many vans, but the experiences in each were mostly the same.  Some vans
suffered…operational damage…and another caught fire (with us in it), but they got us
where we were needed.  No matter the exterior paint scheme, the same shenanigans
occurred within.  I will miss The Van.  I will surely miss The Guys more.

This entry was posted in Humor, SWAT. Bookmark the permalink.

2 Responses to In the SWAT Van