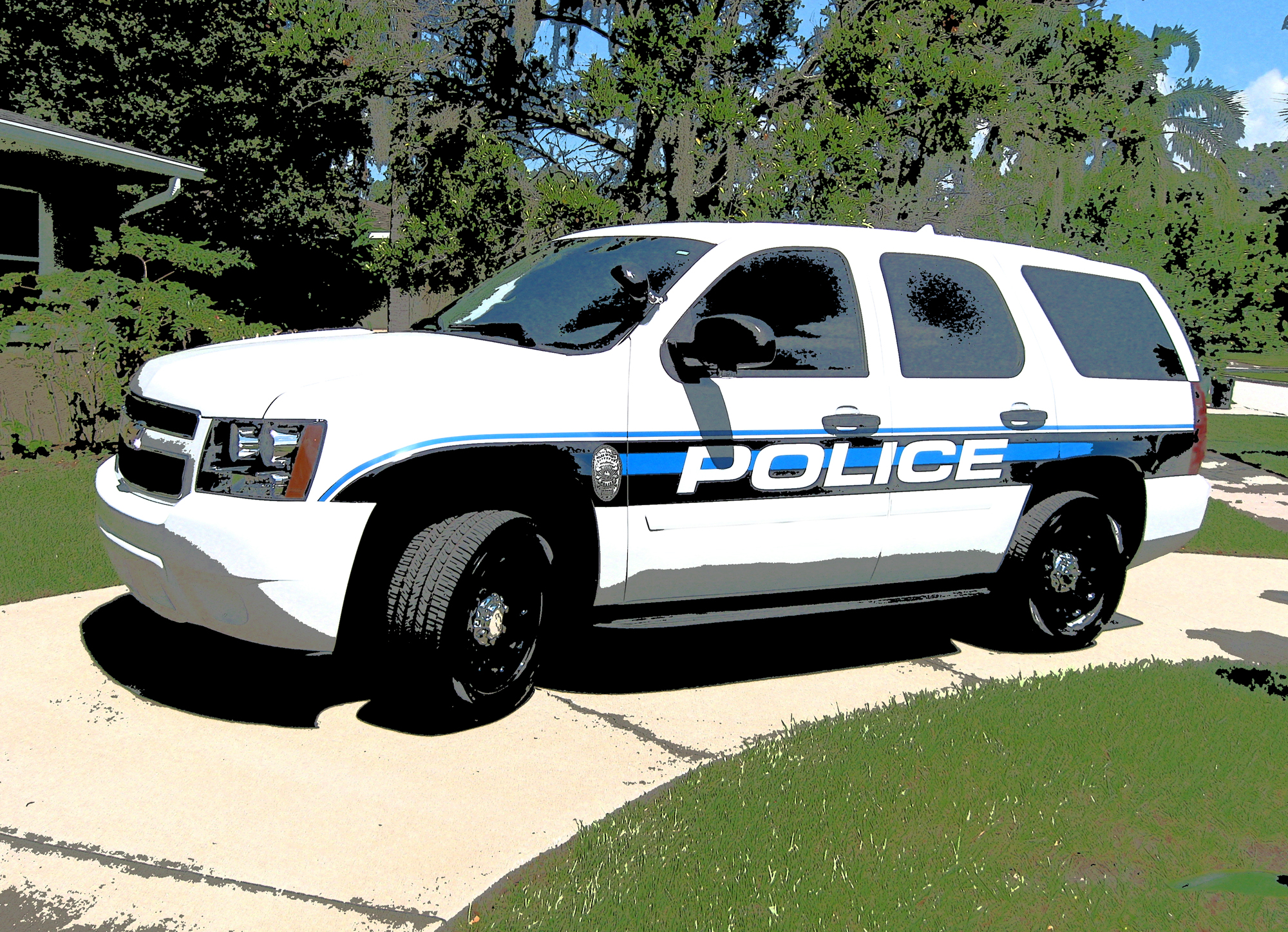 No, I’m not getting my Crown Vic back.  I am accepting an assignment in the Detective Bureau, overseeing Burglary/Pawn, Auto Theft, and Economic/Cyber Crimes.  It has been four years since I left DB for another stint on the street.  I will miss the K9 Unit, but this is an opportunity I did not think would come around.

Later in the week, I will hand over the keys and fobs for this 2013 Chevrolet Tahoe Police Pursuit Vehicle (PPV) to another sergeant.  I hope she enjoys it as much as my aging back did.  The upright seating and roominess alleviated the need for NSAIDs for the little while that I had it.

I thought the platform was stable at speed, very maneuverable, and not as truck-like as I would have thought.  The 2 wheel drive PPV got at least one high rate “blue light special” run (you guess the speed) while I was at the helm.  I was impressed.

With the Ford Crown Victoria Police Interceptor on the  soon-to-be-extinct species list, I think this police SUV will help pick up the slack.  With a generally comparable price and mileage, and a higher resale value than a Vic, it is a smart choice.  I think the larger truck is also safer for the officer/deputy.

So, just as the Chevy was winning me over with its talents, I will be relegated to a…Camry.  Dang it.

This entry was posted in Detectives, Humor, Misc. and tagged Chevrolet Tahoe PPV. Bookmark the permalink.

5 Responses to So long, Tahoe!