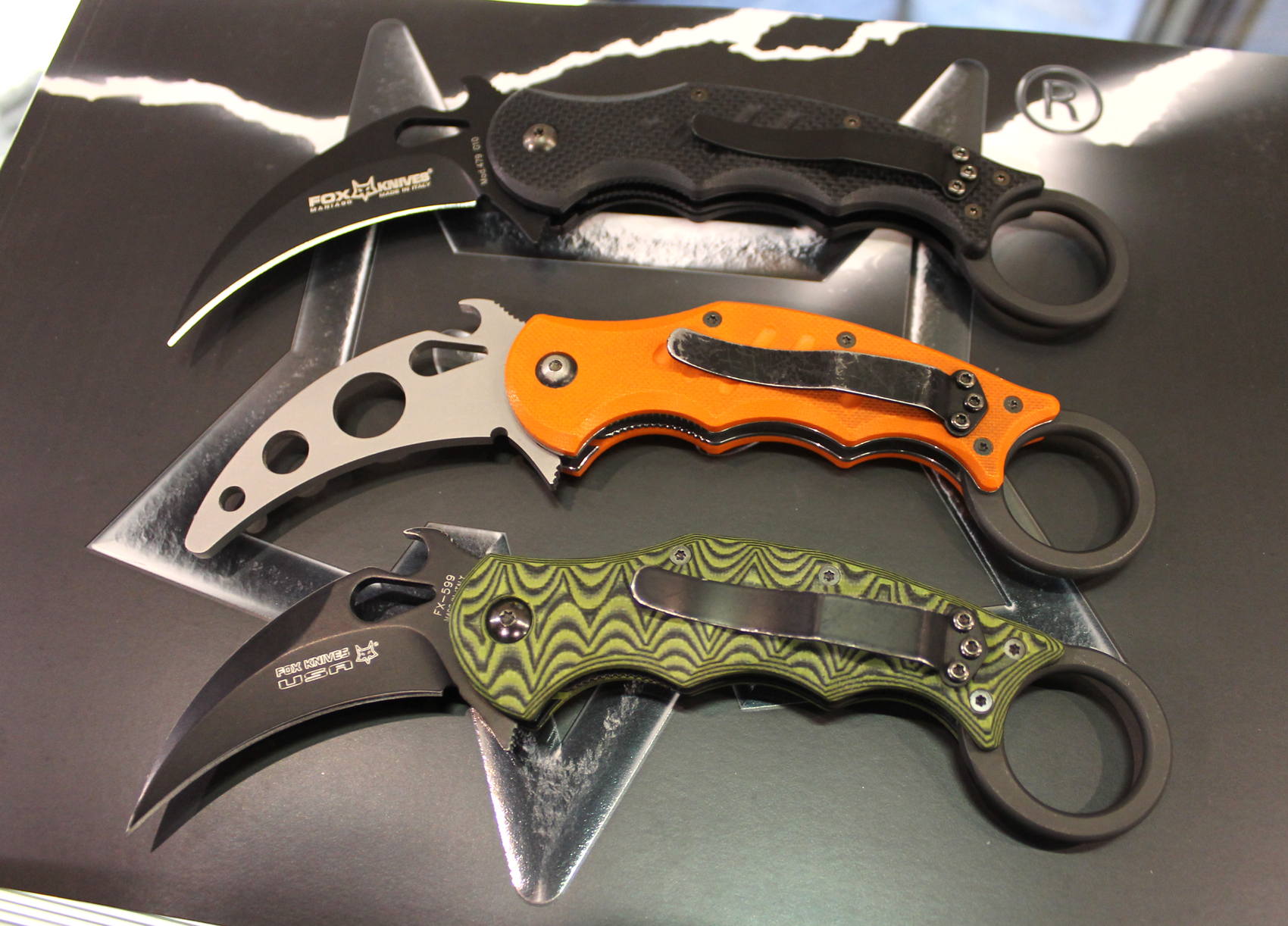 I love karambits.  Their extreme CQB capabilities are powerful when wielded with a knowing hand and mind.  In a clench, karambits’ fight stopping potential is off the charts.  I have a problem, though.  Most karambits don’t fit my hand.  I have small to medium mitts.  I loved the Emerson Combat Karambit I carried for a while, but in the end it was too large in the handle for me.

I met the frenetic Lad Mandiola, Development Manager for TheUltimateKnife.com, hucking his wares at the Fox Knives booth Blade Show 2013 booth.  He was on fire–snapping open his orange karambit trainer and talking at 1.6093 kilometers in a sixtieth of an hour.  He said he was, “Billy Mays without the cocaine!”  Wow.

Lad said he came up with the break-through idea of scaling down the Fox Knives 470/480 series of karambits into a smaller package that would still fit the hands of most users.  Hmmmm.  He demonstrated how the new FX-599 series karambit fit his rather large hand.  Lemme see that.  It fit my hand well, too.  I think he’s on to something! 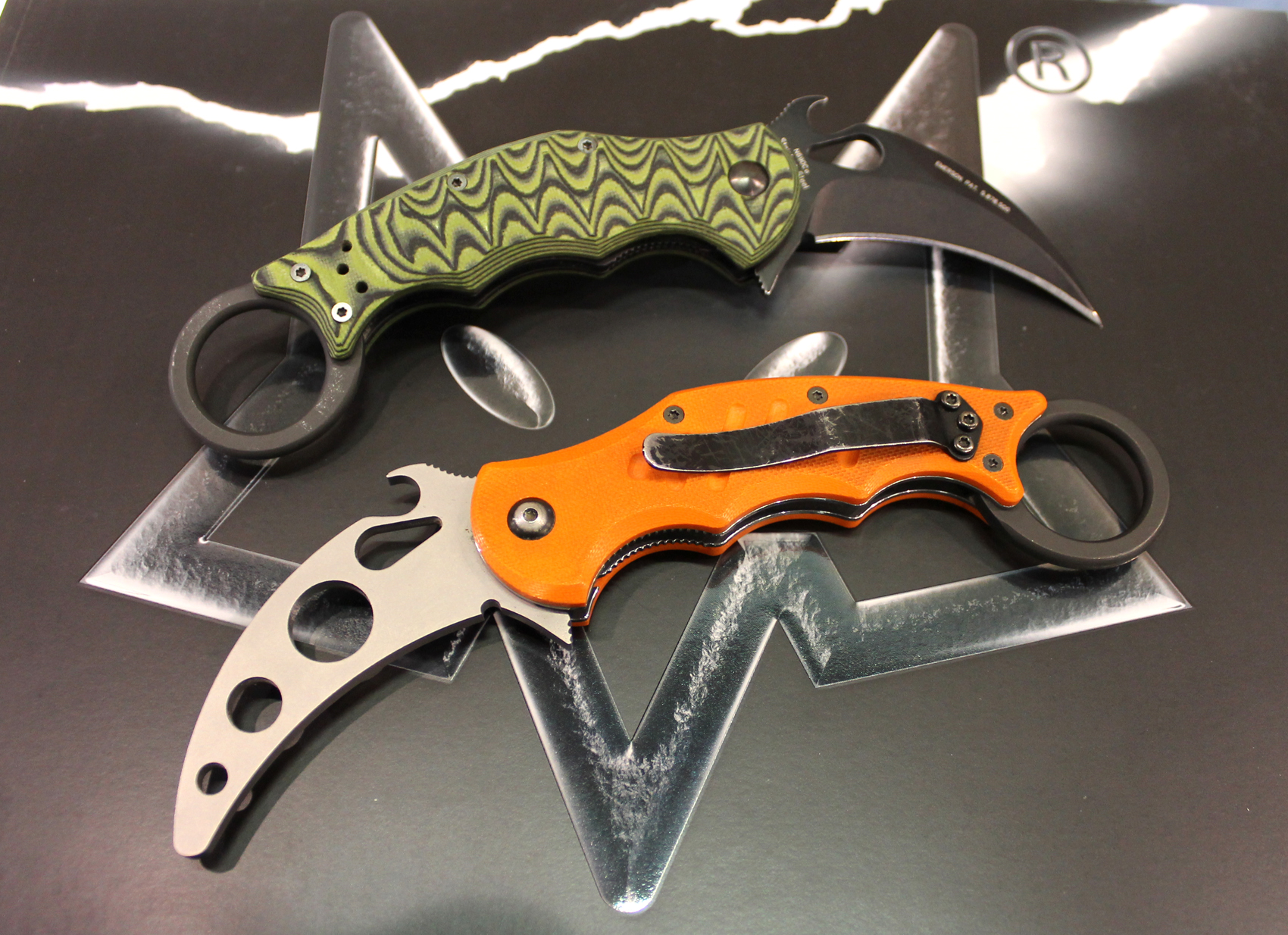 I saw that the FX-599 uses Ernest Emerson’s patented Wave Shaped Opening Feature or remote pocket opening system (“the Wave” is patented by Leatherman Tools for one of their products).  I find this pocket-hooking opener great for a small karambit.  By inserting my index finger from the pocket side of the ring while withdrawing the knife, the karambit rotates in the pocket and instinctively catches the fabric.  In this way, the karambit snaps open and is ready in the hand without the user thinking about his draw.  I’m a fan.

The black knife at the top is the production FX-599, the orange is Lad’s well-used trainer, and the green/black 599 is a custom scaled version that is Lad’s personal knife.  The black version is available at TheUltimateKnife.com for $129.00.  Sets with either the knife and trainer, or the knife, trainer, and instructional DVD are also available.  This is a terrific karambit for the price!