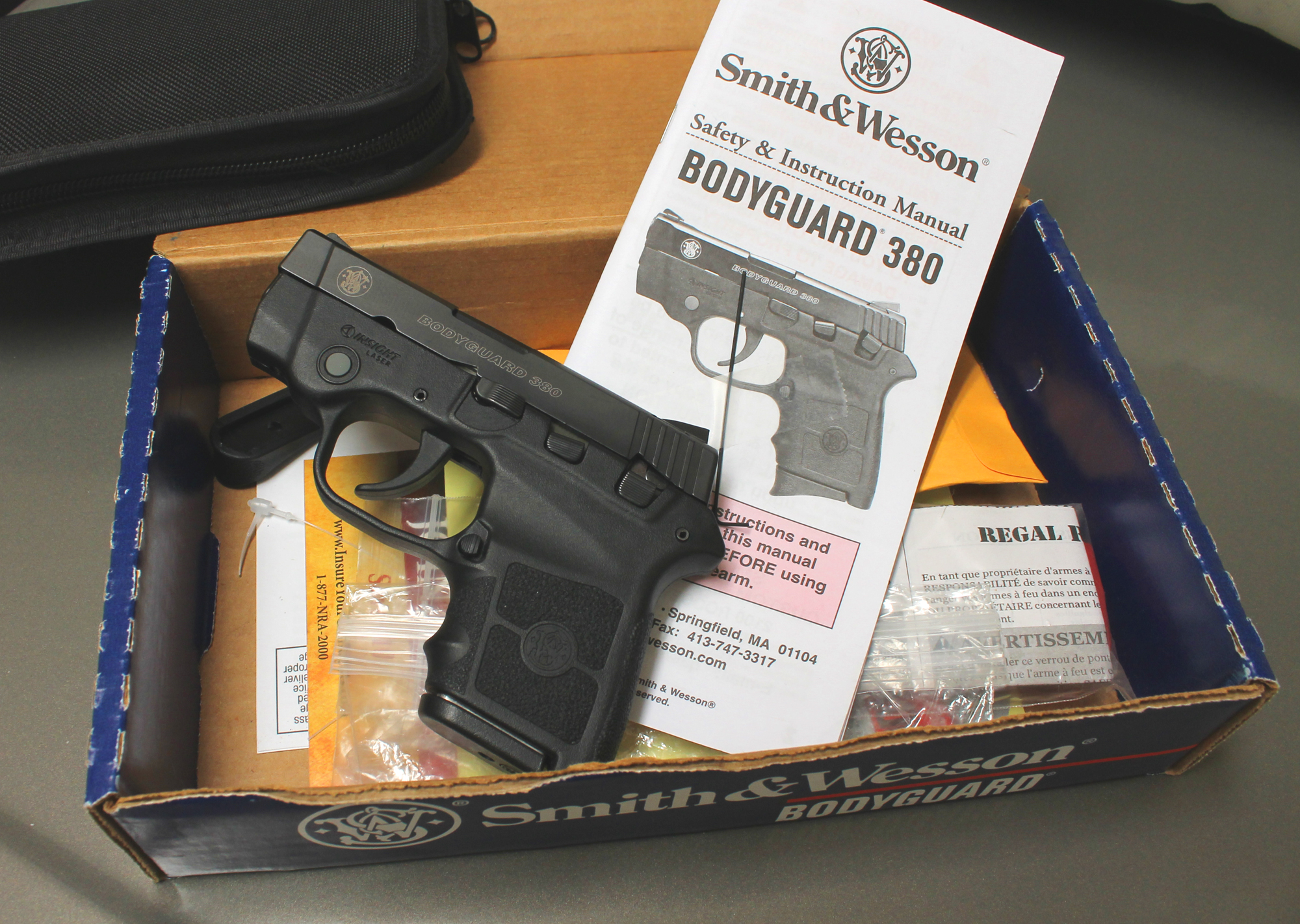 The Insight laser on my Smith & Wesson Bodyguard 380 fizzled out.  I have had the gun for several years now.  I function check the laser periodically, like most of my gear, since the Bodyguard is my often carried back-up gun on duty.  I turned the laser on and it produced a weak light.  Then it shut down entirely.  No problem.  Or so I thought.

I fetched my original S&W box and owner’s manual.  There is a tiny Allen wrench in the blue box.  I mean it is super small hex key.  It is nothing you would normally have on your workbench.  The key is specific to adjusting, and also removing, the Insight laser in the receiver of this gun.

After consulting the manual, I unloaded the firearm, field stripped it, and attacked the laser assembly.  There is a small set screw that holds the laser body down in the forward portion of the receiver.  The screw does not come out, which is nice since you will not lose it.  Run the screw out with the Allen wrench.  When it is sticking up a bit, use the firearm’s takedown lever to gently pry up the screw head.  This will pull the laser assembly up and out of the receiver. 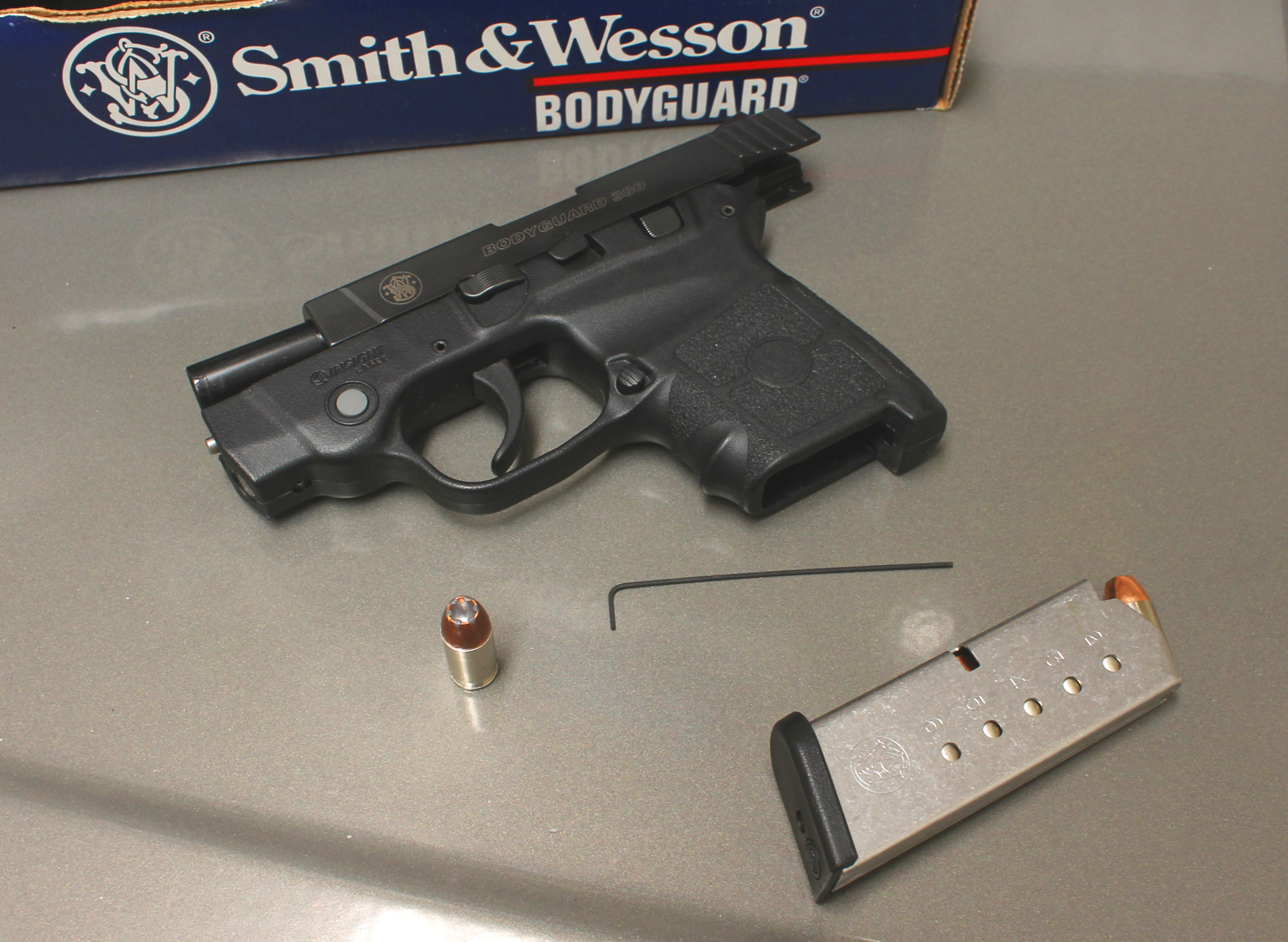 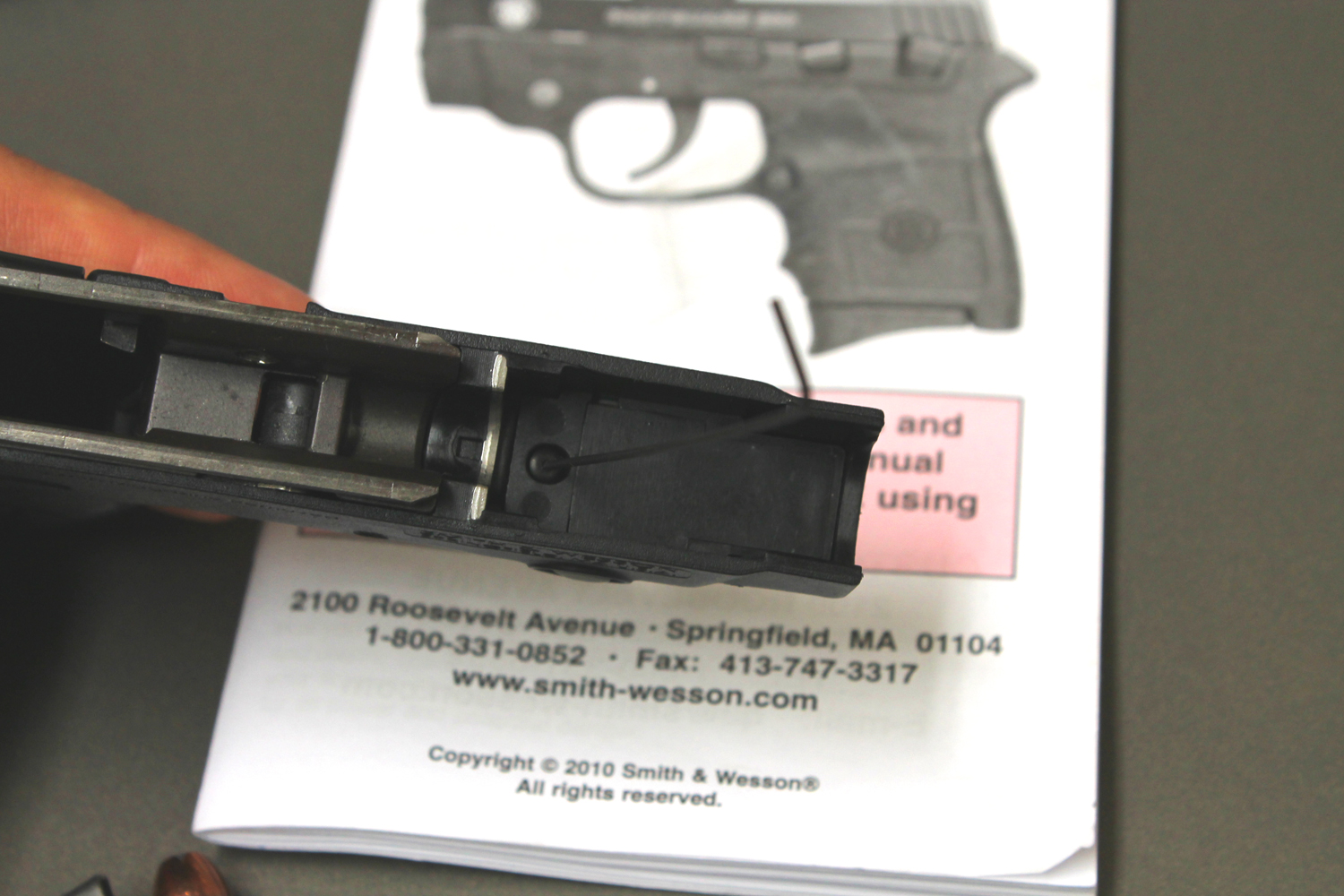 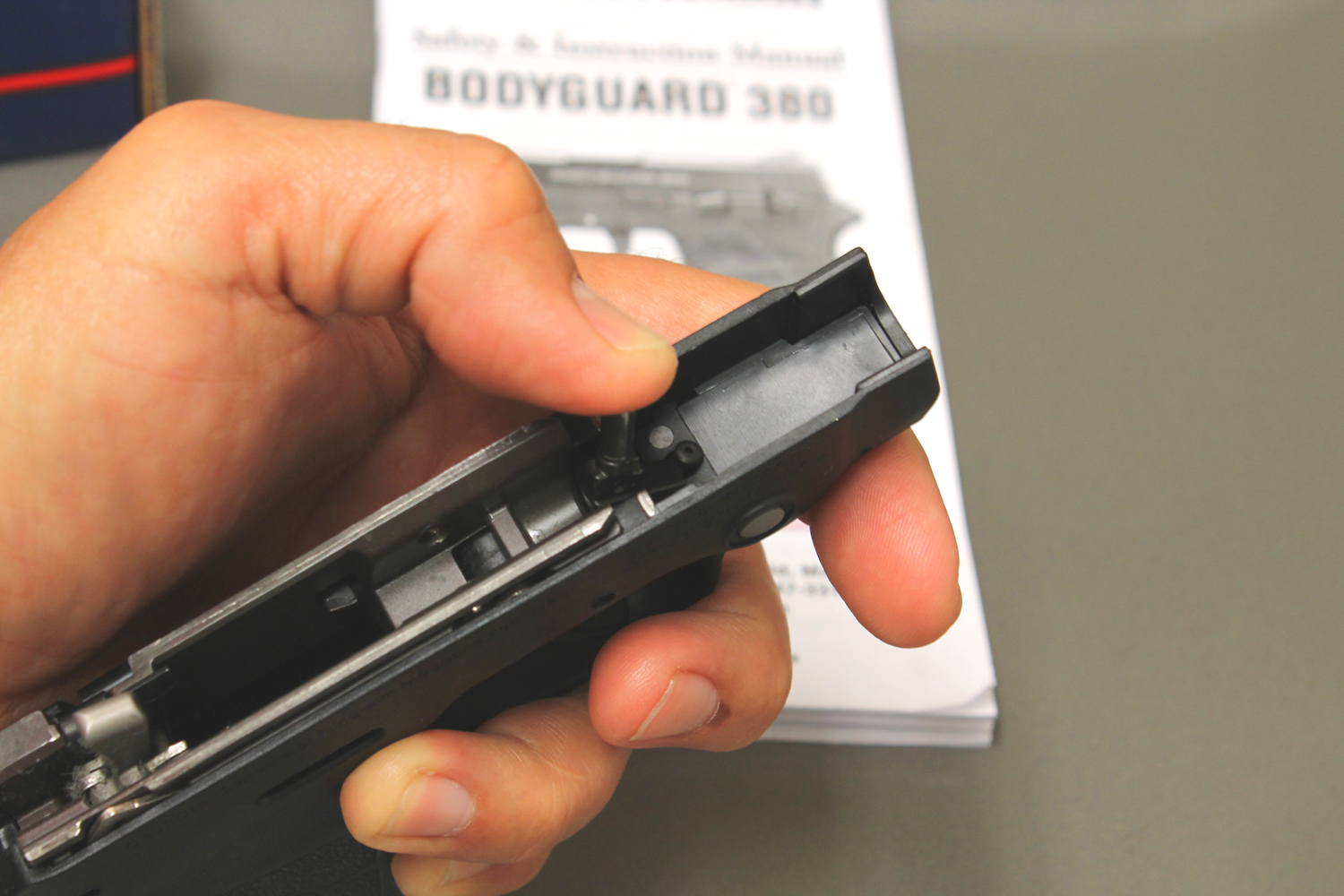 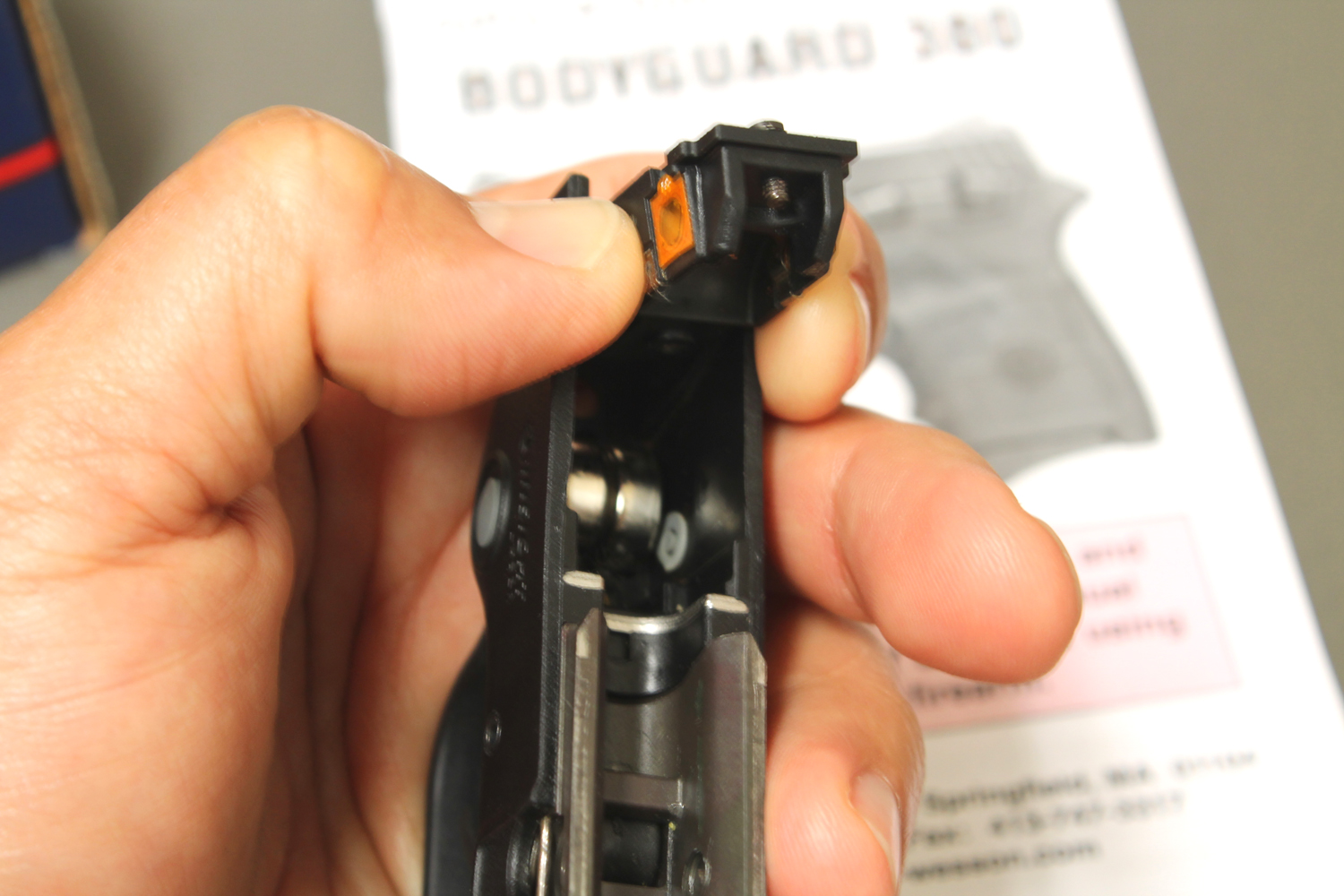 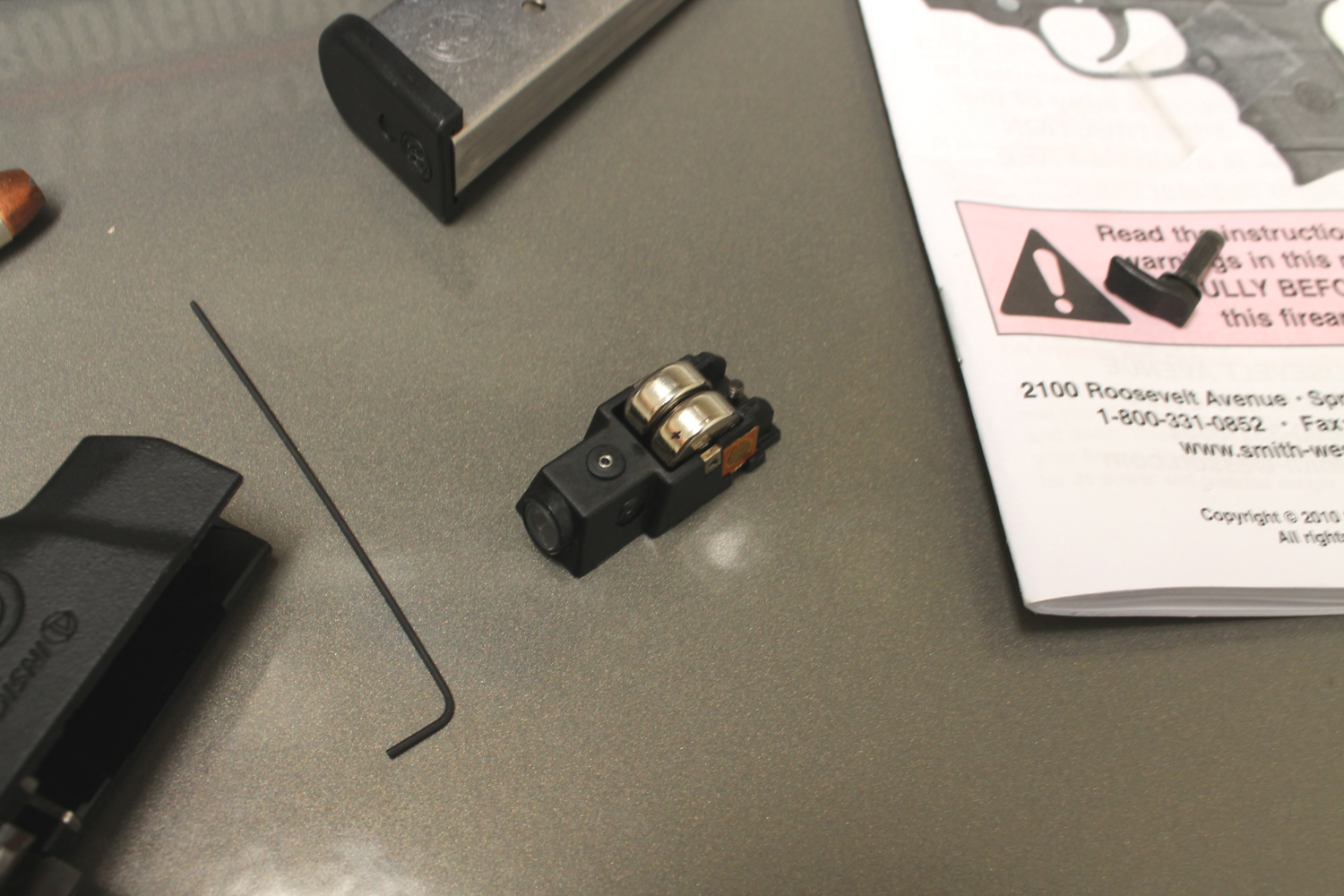 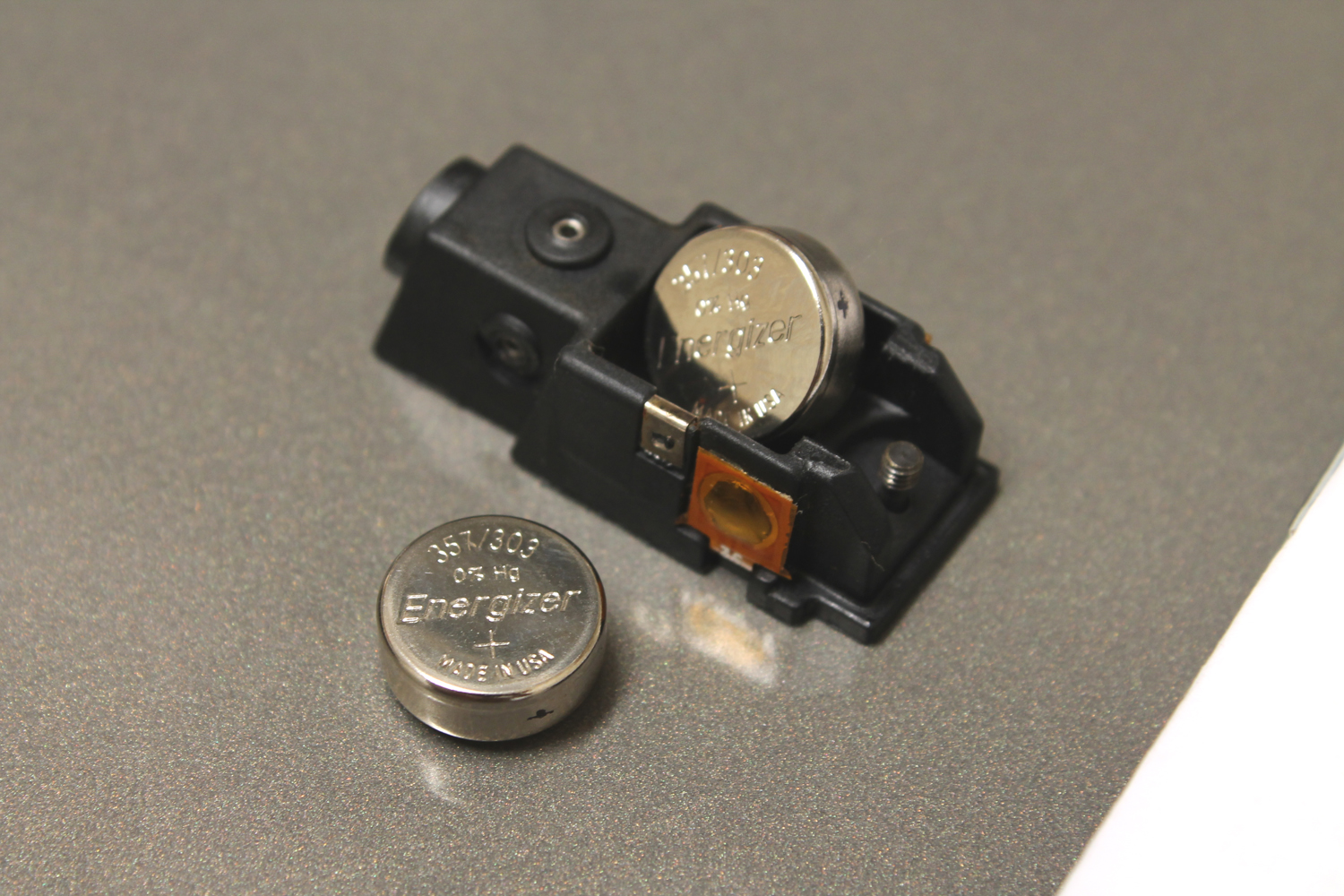 When I did this on my gun, I found that the batteries, battery tray, and entire laser were covered in wet red rust and battery acid!  Oh, shizz!  You know me, I’m really OCD about my gear.  I freaked out, thinking the Insight laser was toast.  It wasn’t.  I meticulously cleaned up the laser and receiver, installed two fresh Energizer 357’s, and the red light fired right up.  Whew.

I immediately went to check the batteries in the three Crimson Trace Lasergrips on my revolvers and the ArmaLaser TR1 on my Kel-Tec.  All were just fine.  While I had the Bodyguard 380 apart, I cleaned it (yeah, it was already clean) and lubed it.  I also adjusted the laser down just a quarter turn so it was again dead on at 7 yards.

I’ll tuck the Bodyguard 380 into the holster in my ballistic vest in about an hour when I go to work, happy in the knowledge that it is again ready for immediate action.