Looking for some NYC advice… 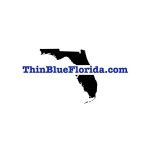 Hypothetically speaking, if I was in New York City for a few days (which I am), would I be in trouble if I showed up at La Guardia to check my firearm in luggage and had Speer Gold Dot hollow points in a manufacture’s container?

My cousin, who is a Jersey cop, said they got a bulletin telling their guys not to carry hi-cap mags with hollow point bullets into the City, because NYC changed the laws in February to make these mags and bullets illegal with no provisions for LEOSA carry.  I can’t seem to find anything on this online.

Of course this is a purely an intellectual exercise, but I would be curious if anyone knows if the Port Authority Police would try to arrest me at LGA with the aforementioned bad bullets. Maybe someone would have an answer before my flight departs tomorrow!

Update:  The Port Authority Officer was nice and checked me through without an issue.  I went back and reviewed the LEOSA amendments from 2010, so I felt sure about the HP bullets.  I had two six round mags, so the NY SAFE Act restricting mag capacity to seven wasn’t a concern to me.  I had thought about just giving my ammo to my cousin, but Nah! I was legal.  If I had gotten arrested, it would have just made for another article…

3 Responses to Looking for some NYC advice…