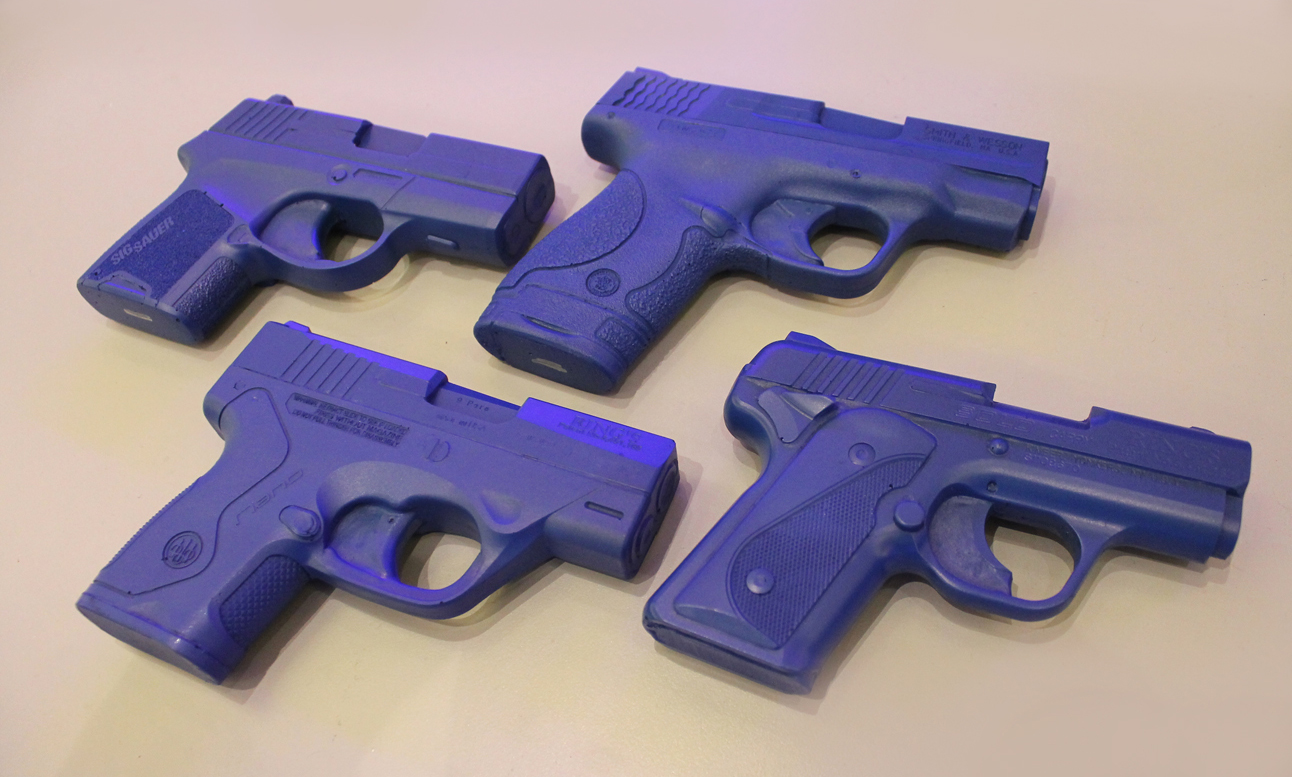 I was lucky to have a lengthy chat with John Ring, the owner of Blueguns, at SHOT Show.  He is a very interesting gentleman with an equally engaging story about his Melbourne, Florida company.  It seems that Mr. Ring was originally in the business of renting props to Hollywood.  Ring and his associates began making rubber guns and other items for movies.  As they progressed, the company began making the polyurethane blue guns that we now use in law enforcement training.  Mr. Ring said 5 to 10% of their business is still on the big screen.

In the photo at the top are four new blue guns for 2013:  a Sig Sauer P290, Smith & Wesson Shield, Beretta Nano, and Kimber Solo.  Mr. Ring said there will be additions to the FN line of guns as well as the above pistols available about now.

Below are a few rubber movie props, courtesy of Ring’s Manufacturing.  The movie props differ from Blueguns as they are painted in realistic colors, which would be unsafe in the training environment but perfect for actors to wield on set. 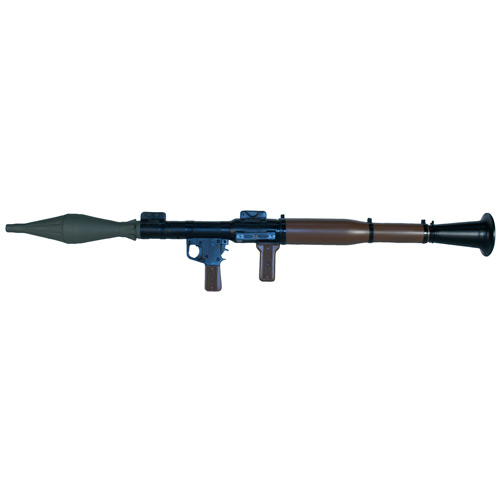 Blueguns makes literally hundreds of pistols, revolver, rifles, shotguns, magazines, flashlights, Tasers, and other useful accessories.  Mr. Ring said his polyurethane Blueguns are also popular with holster makers because of the exact dimensions of his products.  Whether used to wet form holsters in leather or thermoform holsters in kydex and like materials, Blueguns have found yet another niche.  Cool stuff.

One Response to Blueguns by Ring’s Manufacturing