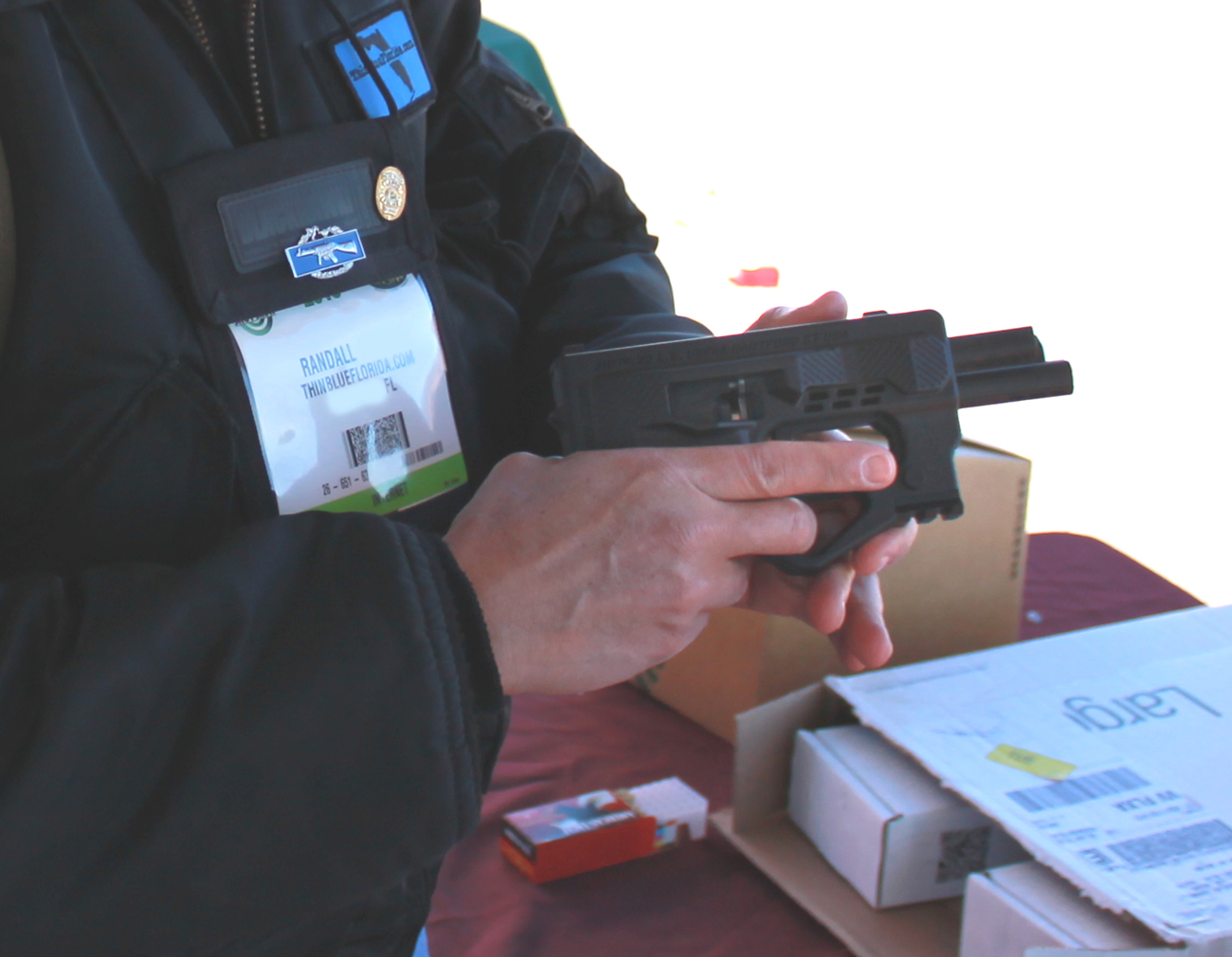 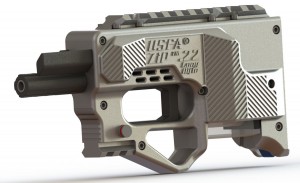 I wrote a quick article about the U.S. Fire Arms ZiP pistol back in December.  I met with Chris from U.S. Fire Arms at SHOT Show and had a chance to examine and shoot the ZiP.  The little gun, which loads .22 cal. long rifle ammunition from a Ruger rotary 10 round magazine, is made mainly for plinking.  It was cool and not nearly as ungainly in the hand as it looks in photos. 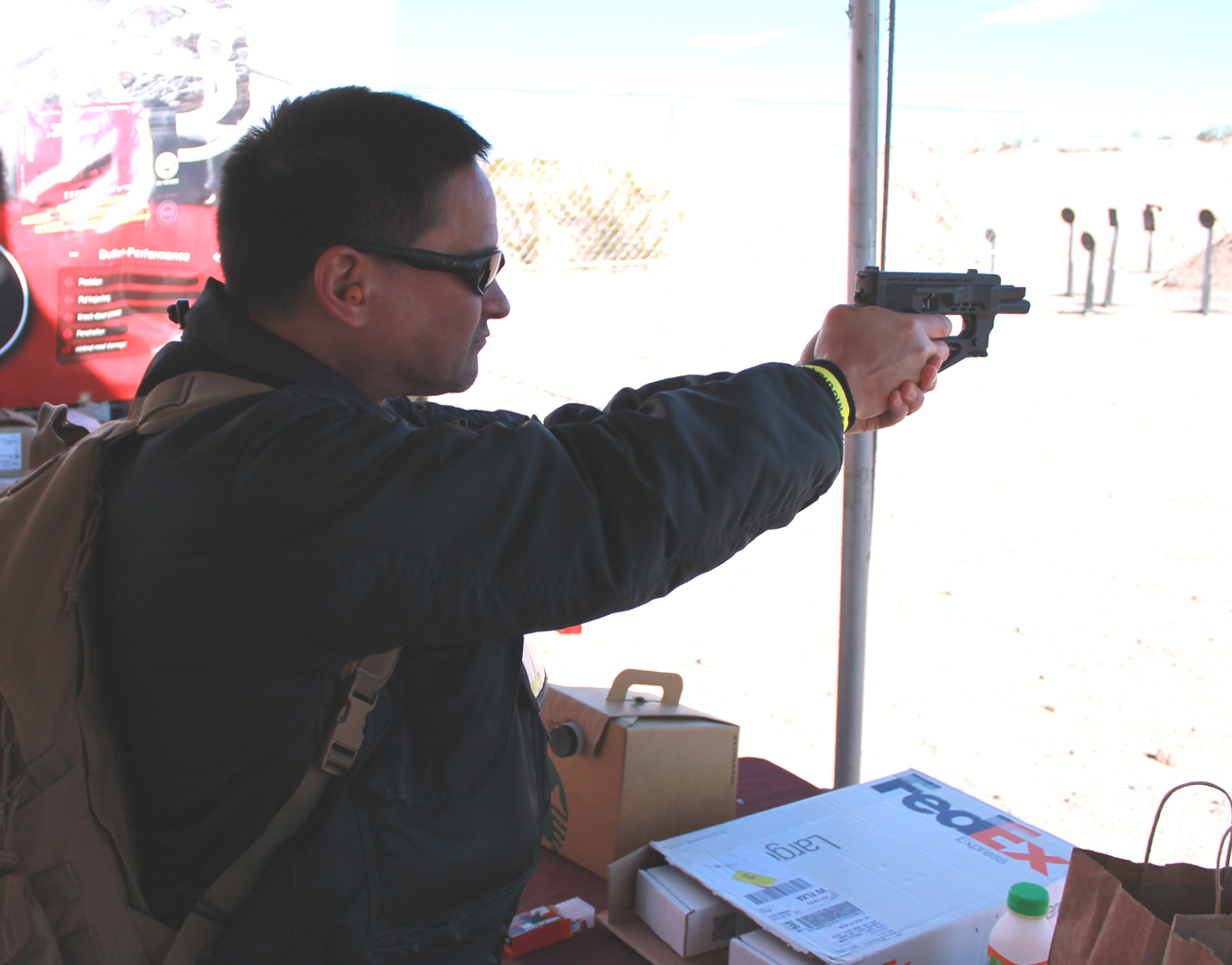 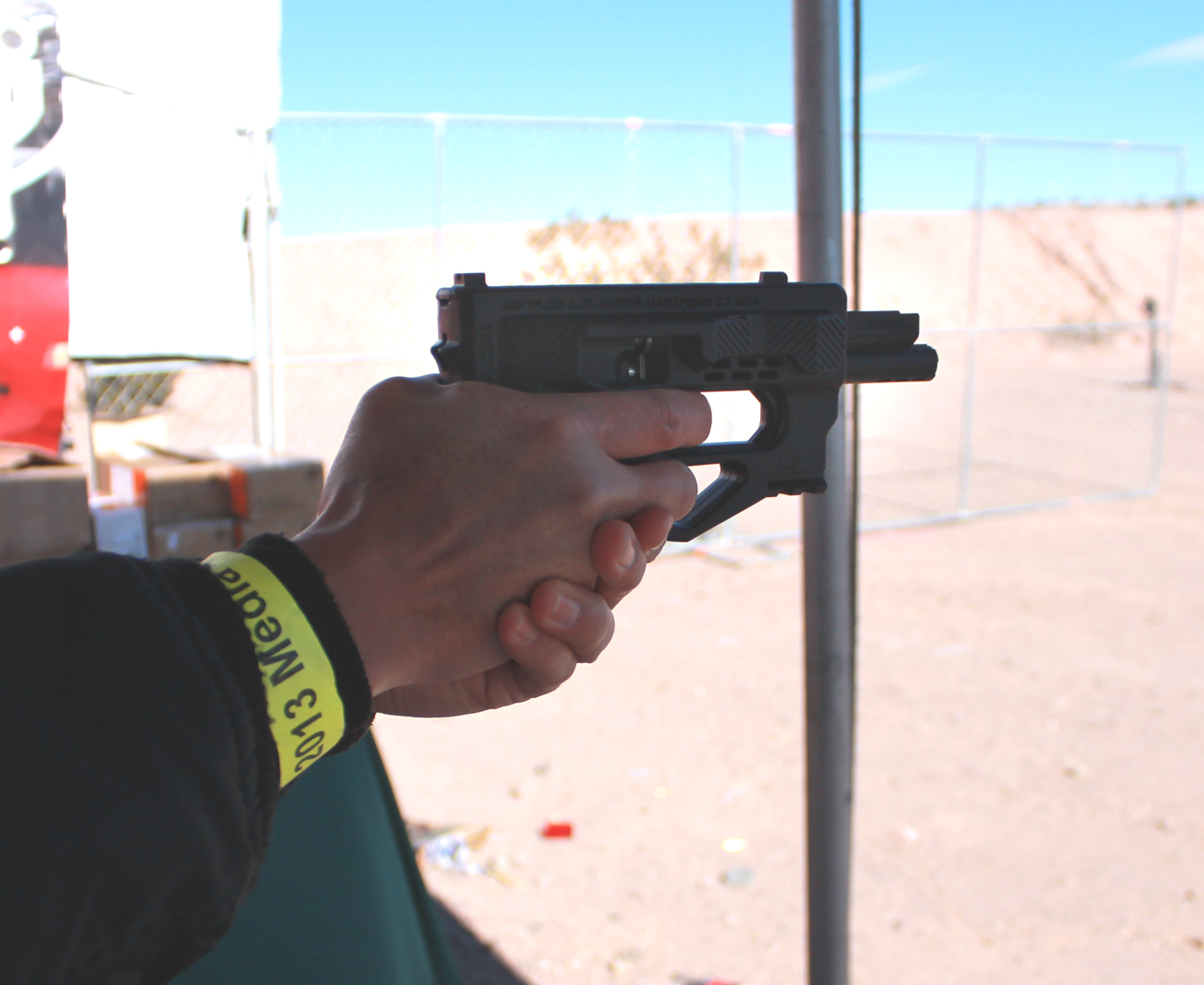 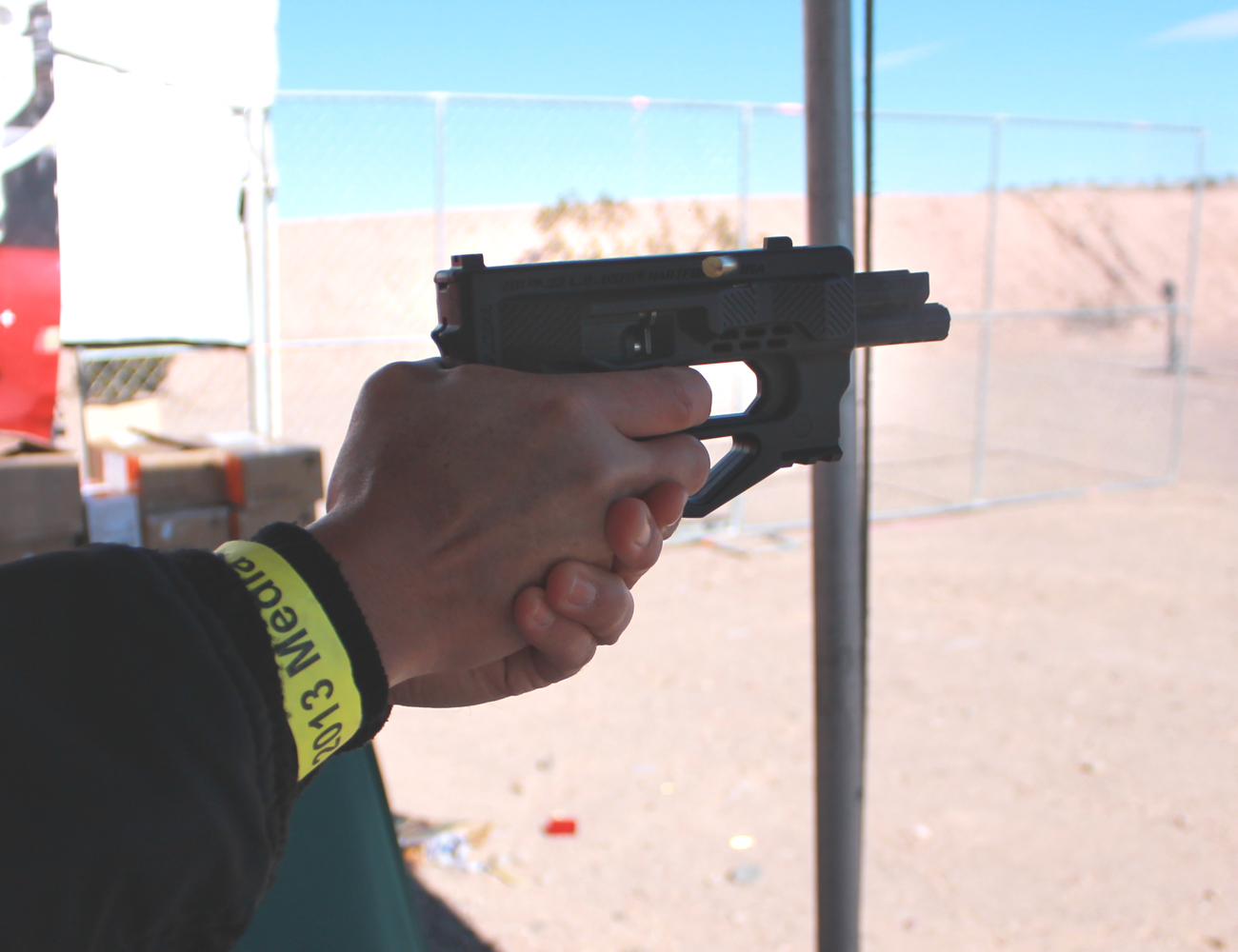 With your middle finger inserted in the hole below the trigger guard and using that for the base of your grip, the ZiP locks in.  Because there is minimal recoil from the .22 cal. rimfire poppers, the funky pistol does not move around in your hand.

The gun is mostly plastic.  So what?  It’s not a self defense piece, just something to make your friends scratch their heads over while you get in some cheap target practice.  That said I do have a criticism of the ZiP and that is in the load and re-strike rods are above and very near the barrel.  When charging the gun or clearing it, your hand gets mighty close to that hole where the bullet comes out.  Very careful manipulations are in order up front.

There have been some feeding problems noted with the ZiP gun.  From U.S. Fire Arms:

“The below procedure works in 99% of ZiP to resolve failure to eject and/or load.

(NOTE: ZiP’s Ejector is located on the magazine)

The gun can be easily “re-centered”. (Like cracking your back at the chiro.)

How to do this:
1st make sure the gun is clear of ammo and no magazine installed.

2nd, release the striker using the de-cock method described in the manual Pg.10

Now loosen barrel nut…..about half a turn and cycle action 3 to 5 times (really flick the action-do not walk the rods forward…) and re tighten nut. finger tight – then hand tight about 1/8 turn past finger tight – your all set.

Gun should have re-centered itself. This usually happens when someone -like a curious dealer- reassembles the ZiP incorrectly. Or if you change springs this can also happen. The action should never be gritty. No matter the spring weight.

This tip is on Page 41 of the ZiP Manual for reference.

Ammo is most important. If your recoil body is not going back far enough to eject or load… performing this re-centering is part of the solution and if this fails to resolve the issue, look for a better quality ammo to energize the recoil body rearward to fully operate the mechanism.

As to Ammo, CCI Blazer, 40 grain is the best Bulk .22LR for High Velocity.

We had a few failures to feed and eject with the range gun.  Chris said it was an ammo issue, since he had not brought the pistol’s preferred CCI bullets to Boulder City.  We were shooting with American Eagle.  I think the 28° temperatures also had an effect on the ZiP.  For some reason, the plastic just felt gummy in the cold.

I suggest using Ruger BX-1 magazines and U.S. Fire Arms factory-recommended CCI Blazer ammunition to get the gun started.  Once any problems are sorted out, then go out and find the higher capacity stick and drum mags.

I thought the ZiP was fun to shoot.  The outer design of the gun is workable, using extremely safe handling practices.  Some refinements to the ZiP’s firing mechanism may be in order to clear up its finicky ammo appetite.