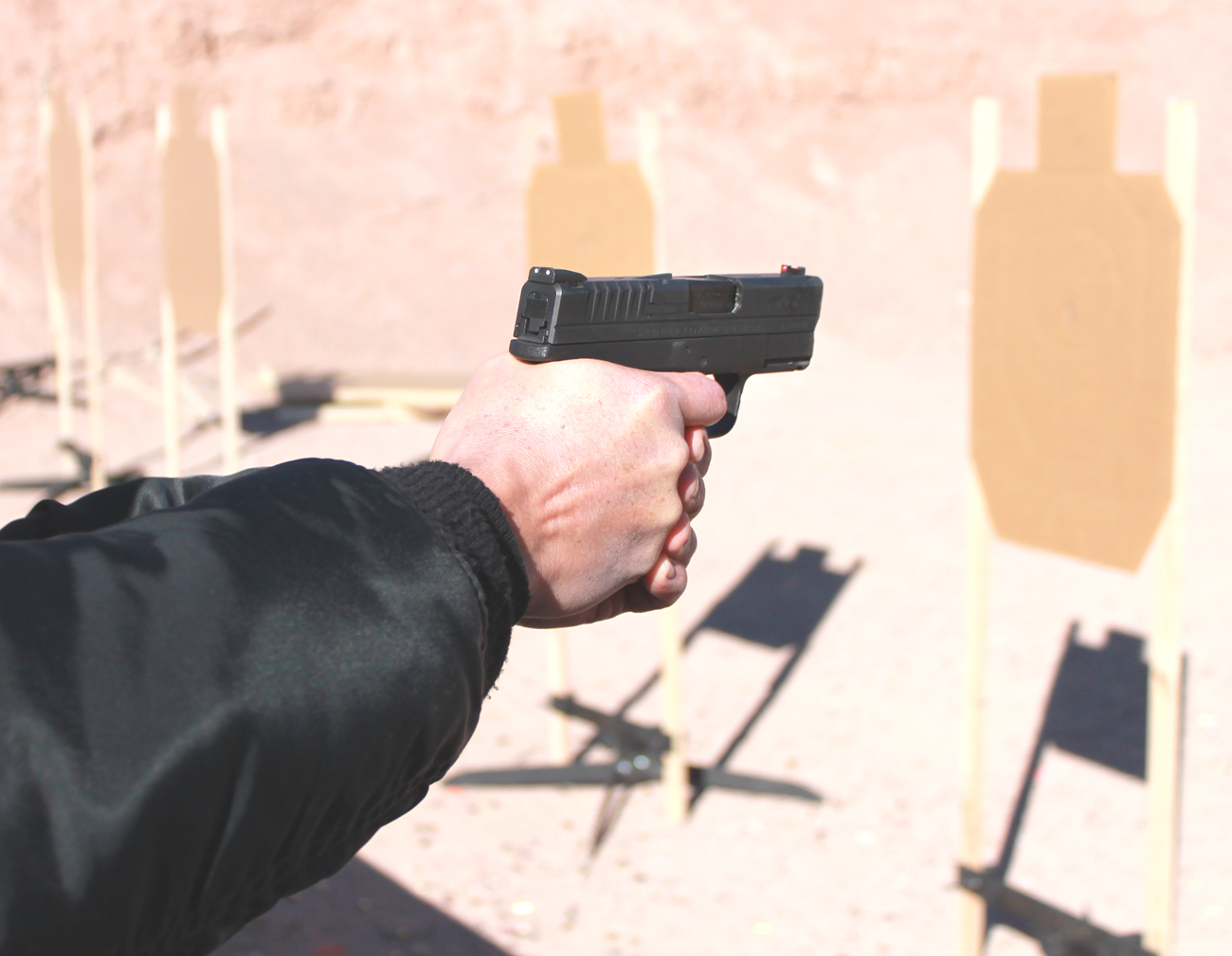 At last year’s SHOT Show, USPSA and IPSC championship shooter Rob Leatham showed me Springfield Armory’s new XD-S, a sub-compact single stack .45 ACP pistol.  I shot one and I was impressed with it.  For 2013, Mr. Leatham was running around at his normally frenetic pace giving media members a look and trigger time with SA’s new XD-S 9.

Mr. Leatham told me the new 9mm semi-auto has the same basic dimensions as the .45 XD-S, except for cartridge capacity, which increases to 7+1 in 9mm.  Springfield Armory’s XD and XD-M series have been very popular.  The XD-S single stack guns, at only 0.9” in slide width, are just that little bit more concealable. 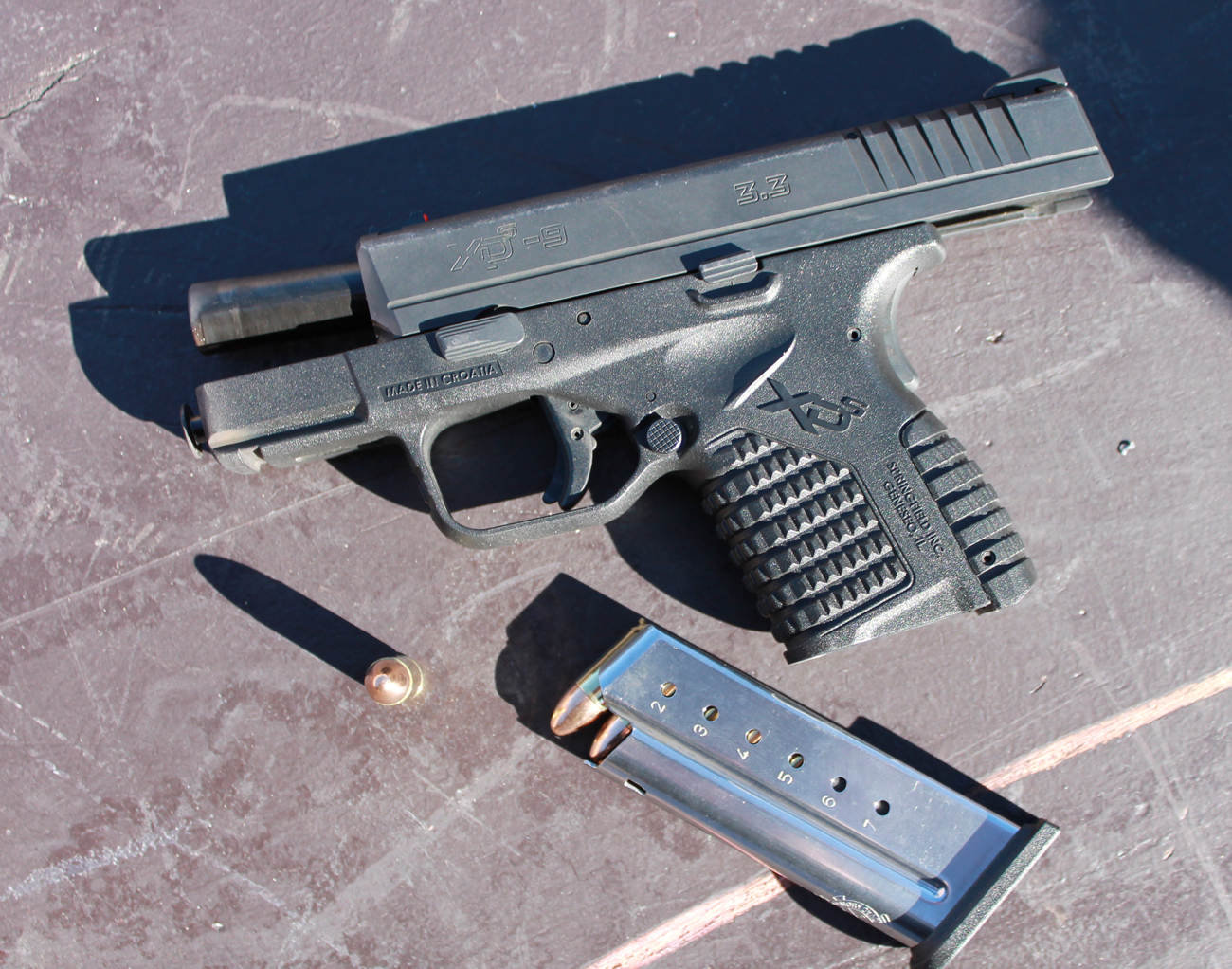 I put a couple magazines of 9mm hardball through one of the dusty, dirty XD-S 9’s on the range table.  While I had no issue with .45 ACP stoking last year’s gun, 2013’s XD-S in 9mm was downright comfortable to shoot, exhibiting minimal snappiness. 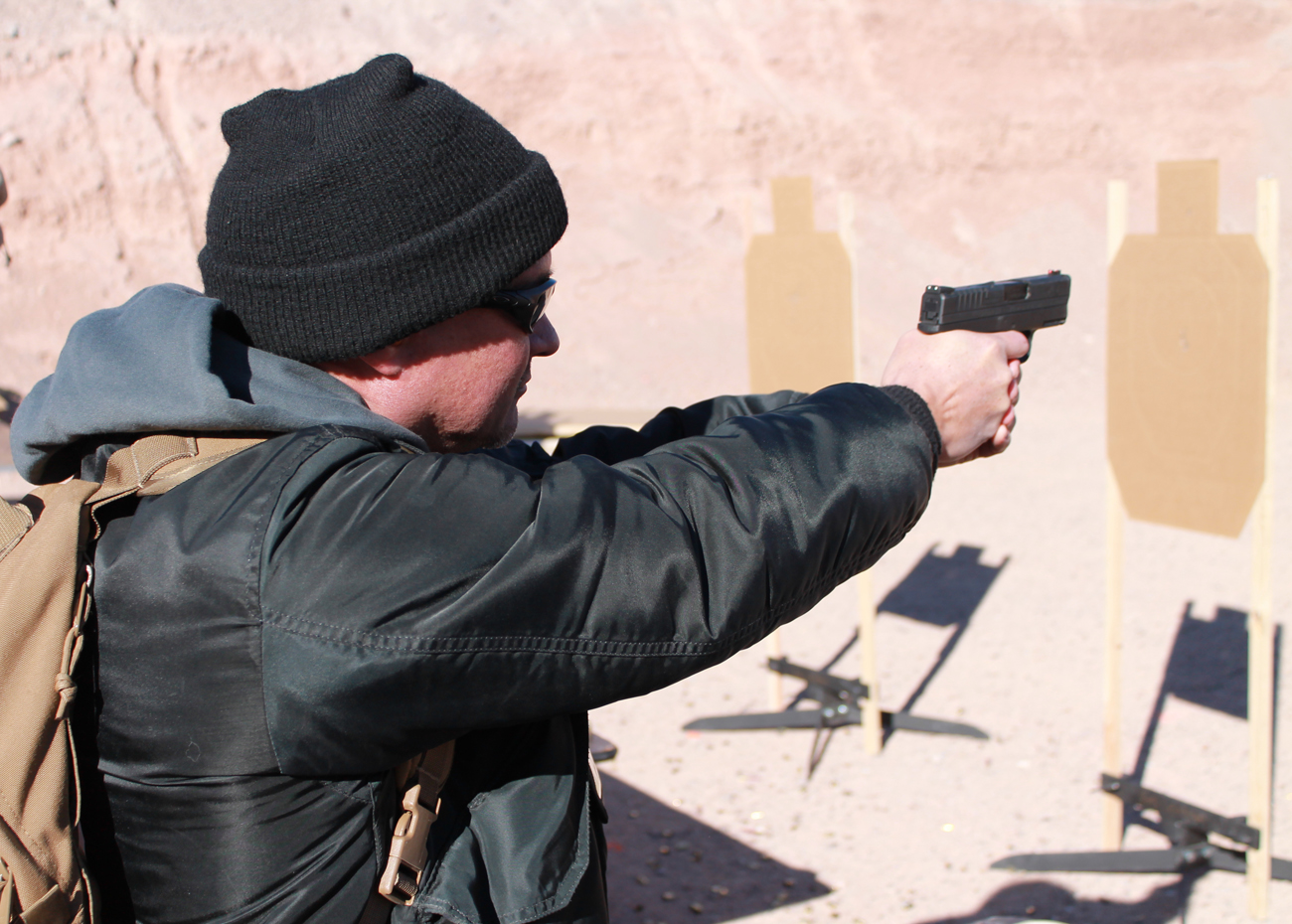 XD-S 9 is a striker-fired sub-compact with full features.  SA’s Ultra Safety Assurance (USA) prevents the trigger from moving unless there is direct rearward pressure.  The grip safety on the backstrap disconnects under the pressure of a firm hold.  A loaded chamber indicator rides atop the slide.

XD-S’s have easy to manipulate ambidextrous magazine releases.  A short length of picatinny rail will hold your light or laser, but may be too short for a pistol bayonet (sigh, you’ve seen them).   The red fiber optic front and white dot rear sights are quick to pick up.  Grenade-like texturing on the frame gives a positive feel, but does not abrade the palm. 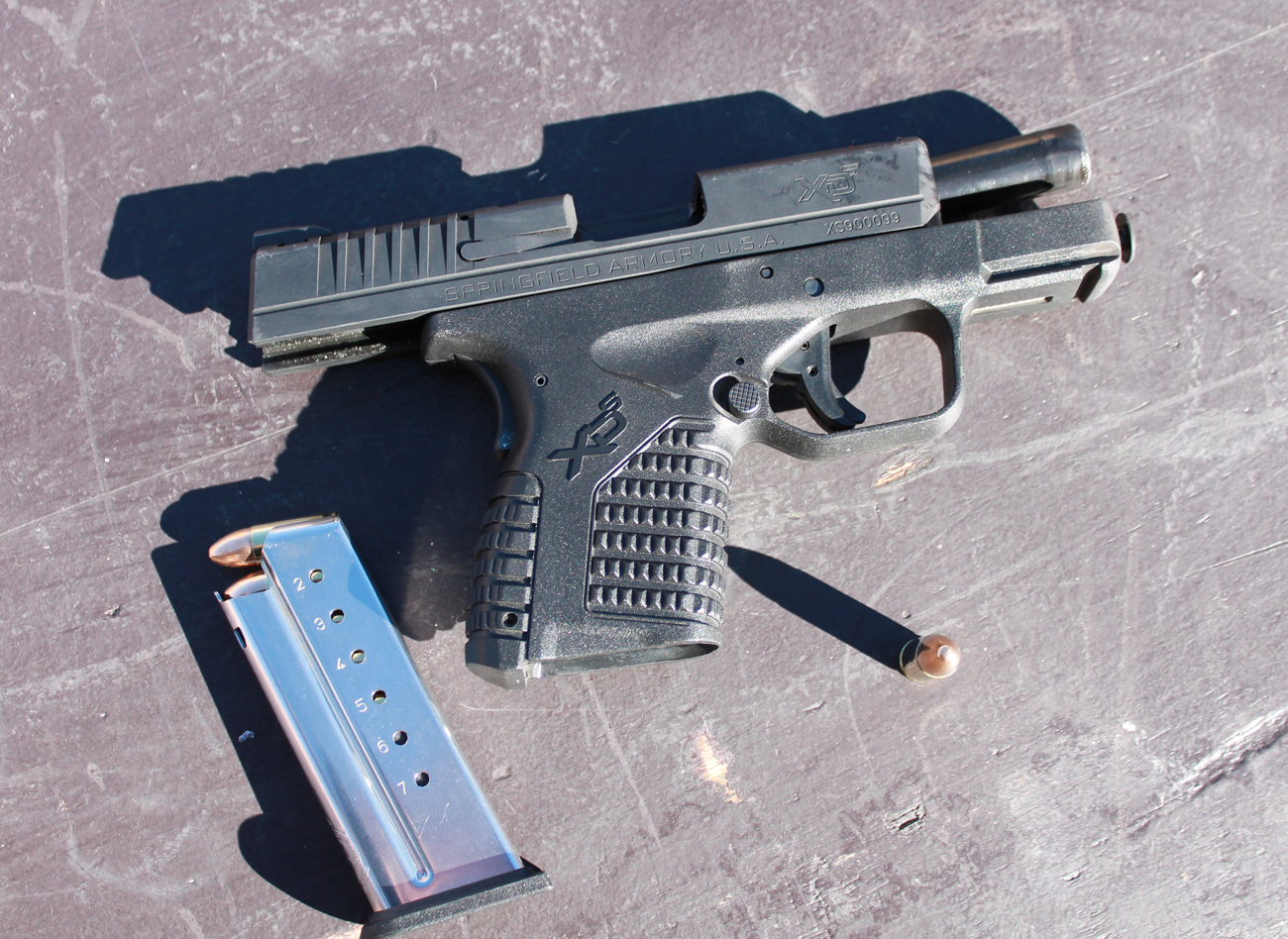 My right index finger likes the XD-S trigger.  It is optimized to travel just 0.5” before it breaks and its reset is very short.  Pull weight is between 5 and 7 pounds.  To me, the trigger rolls back smoothly to a snap when the striker launches.

The Springfield Armory XD-S 9 should be available in the second quarter of this year.  Its MSRP has not been announced, but, like its .45 cal. brother, you will probably be able to buy one for a little over $550.00 from various sellers. 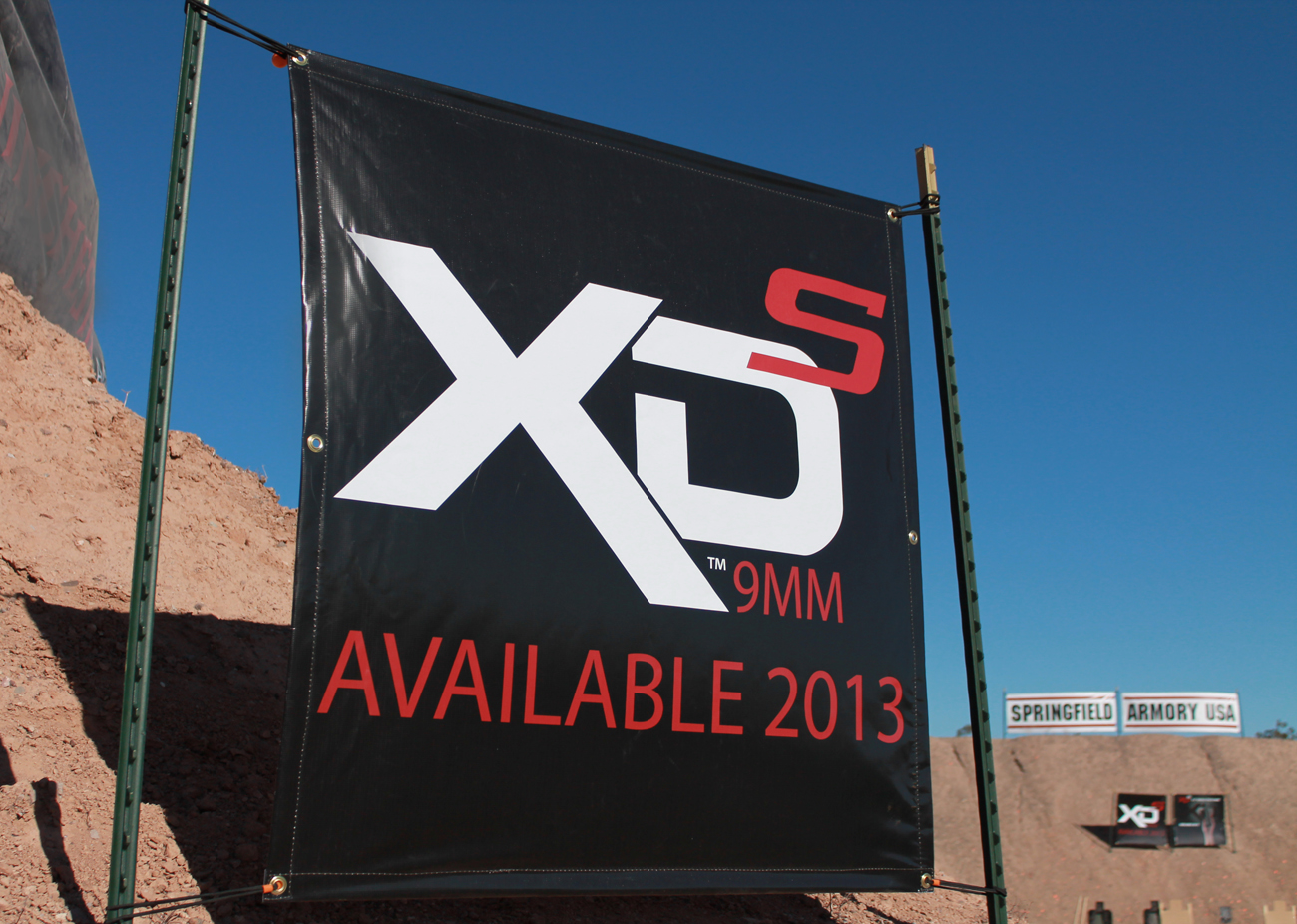 Springfield Armory believes a single stack sub-compact handgun in 9mm is a bankable product.  They have made a nice one.