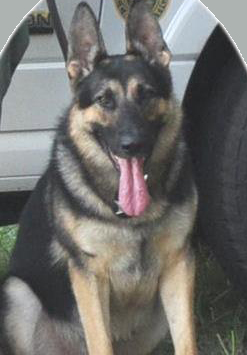 In an attempt to apprehend fleeing murder suspect Carlos Cespedes, Leon County Sheriff’s Office K9 Koda was shot and killed in the line of duty on 2/1/2013.

LCSO PIO Lt. James McQuaig reported that Deputy Ron McMullen, his partner K9 Koda, and Deputy Tyler Epstein confronted the suspect at the end of a vehicle pursuit.  Cespedes fired his gun at the deputies and K9 Koda was hit by a single bullet.

Dep’s McMullen and Epstein returned fire and the suspect was hit.  He is in the hospital with a gunshot wound to the head.  The deputies were uninjured.  Cespedes had active warrants from the Tallahassee Police for first degree murder, aggravated battery with a deadly weapon, and shooting from a vehicle.  New charges against Cespedes are pending.

K9 Koda is the first police K9 dog in the U.S. murdered this year.  Nationwide, eighteen K9’s were killed in the line of duty in 2012, according to the Officer Down Memorial Page.