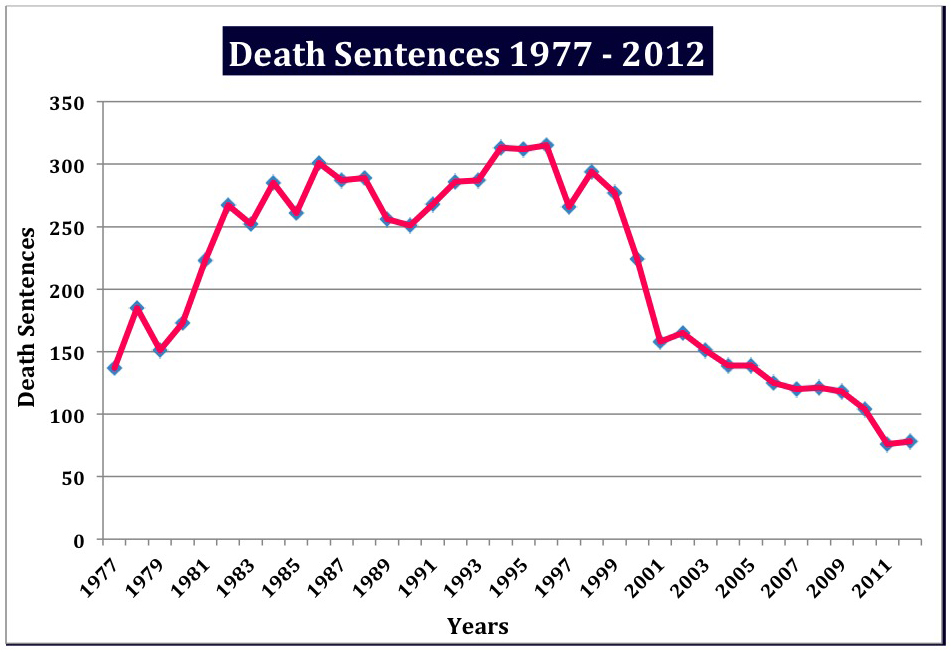 National Totals from the DPIC

The non-profit group Death Penalty Information Center published their 2012 report on December 18.  Florida had the most death sentences in the country for 2012 with 21 total.  California (14), Texas (9), and Pennsylvania (7), and Florida combined to serve 65% of the nation’s death sentences.  The projected nationwide total for 2012 will be 78, up from 76 in 2011.

As the use of the death penalty is at all time low since 1976, FBI UCR reports also show the 2011 murder rate of 4.7 per 100,00 at its lowest point since 2000 where the murder rate was 5.5 per 100,000.  The DPIC report cites a study by the National Research Council which indicates that 35 years of death penalty data show the deterrence factor to death sentencing as “fundamentally flawed.”

I have never bought into the belief that the existence of the death penalty prevents people from murdering others.  A death sentence and execution will, however, prevent that person from killing again.  A PDF of the DPIC report is linked above.  It contains some interesting facts.

This entry was posted in Legal, Politics and tagged Death Sentence. Bookmark the permalink.