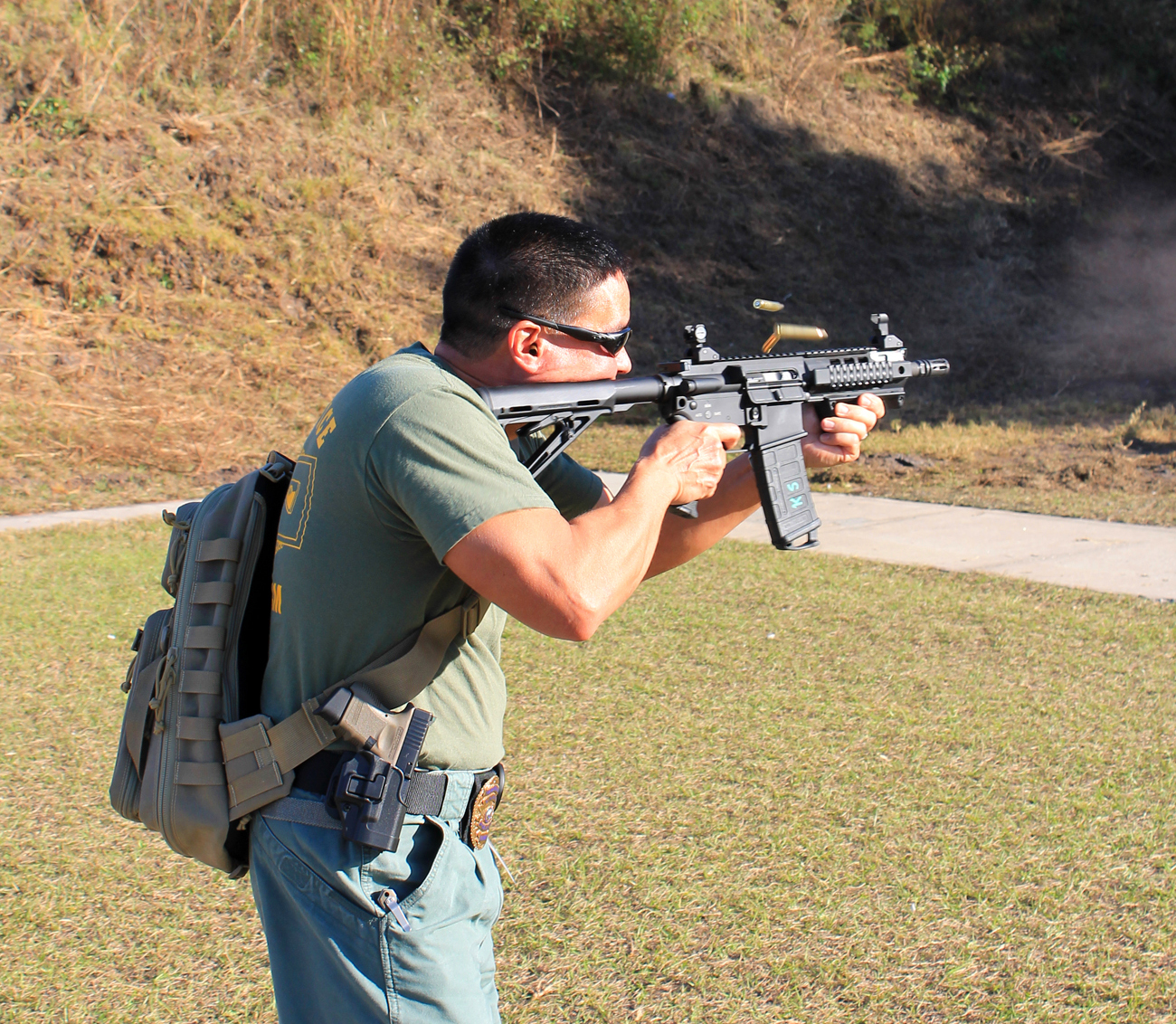 Half a day is not enough time to spend checking out the vendors at the SWAT Round-Up International.  I arrived at the Orange County Sheriff’s Office firearms range with two of my agency’s assistant team leaders.  Even during years we don’t attend, we try to make it over to the outdoor vendor row under the range roof.  In our line of work, it is important to stay abreast of new products and technologies–it can save lives.  The emphasis for this trip was to look at both vehicle and personal armor options and at replacement guns for the aging HK MP5’s in our arsenal. 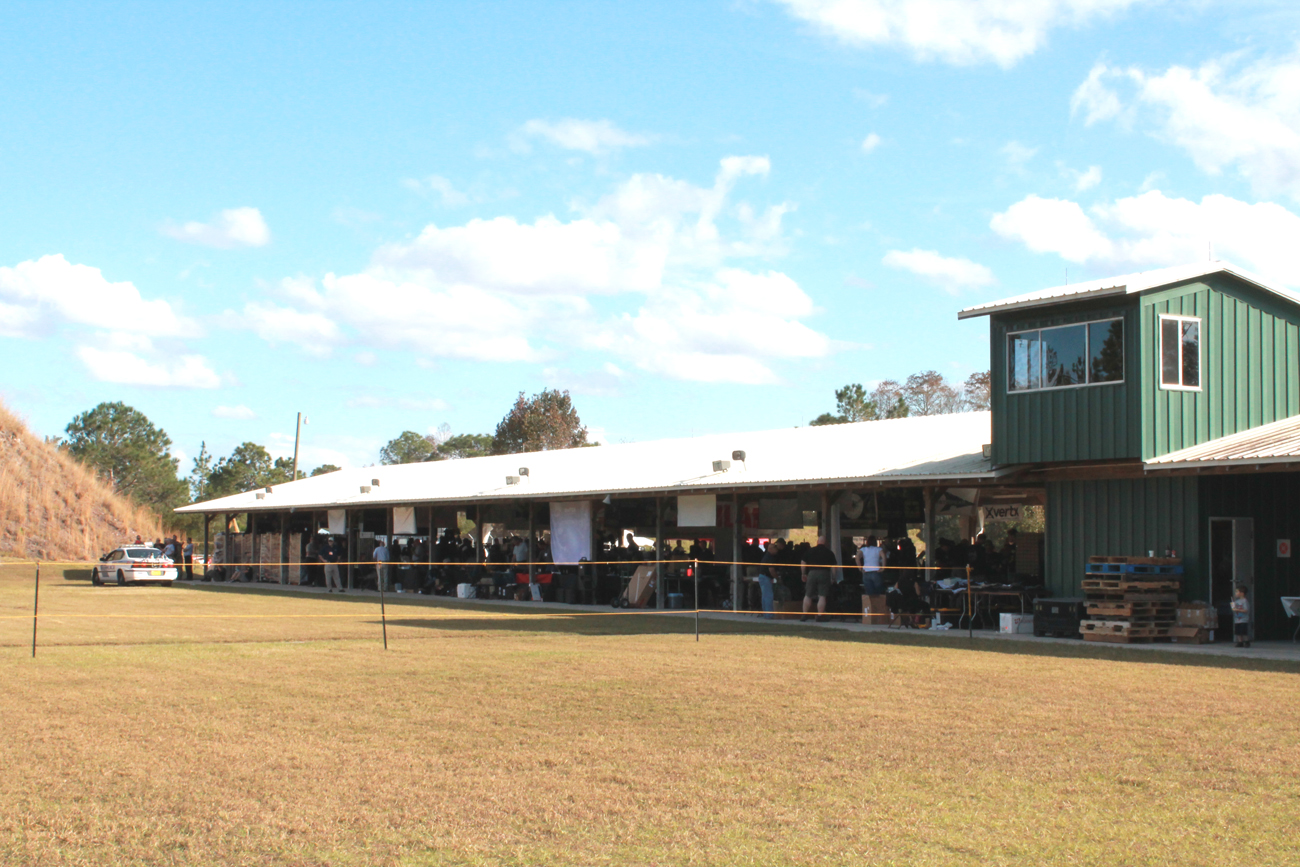 Half of the Vendor Row

I’m always surprised at how close the SWAT community is.  I regularly see at least a dozen or two familiar faces from different tactical teams, in addition to a number of specialty vendors that I have dealt with over the years.  I was especially happy to run into one of my academy-mates from a quarter century ago. Though time was short, I was lucky to spend a little time with all of them. 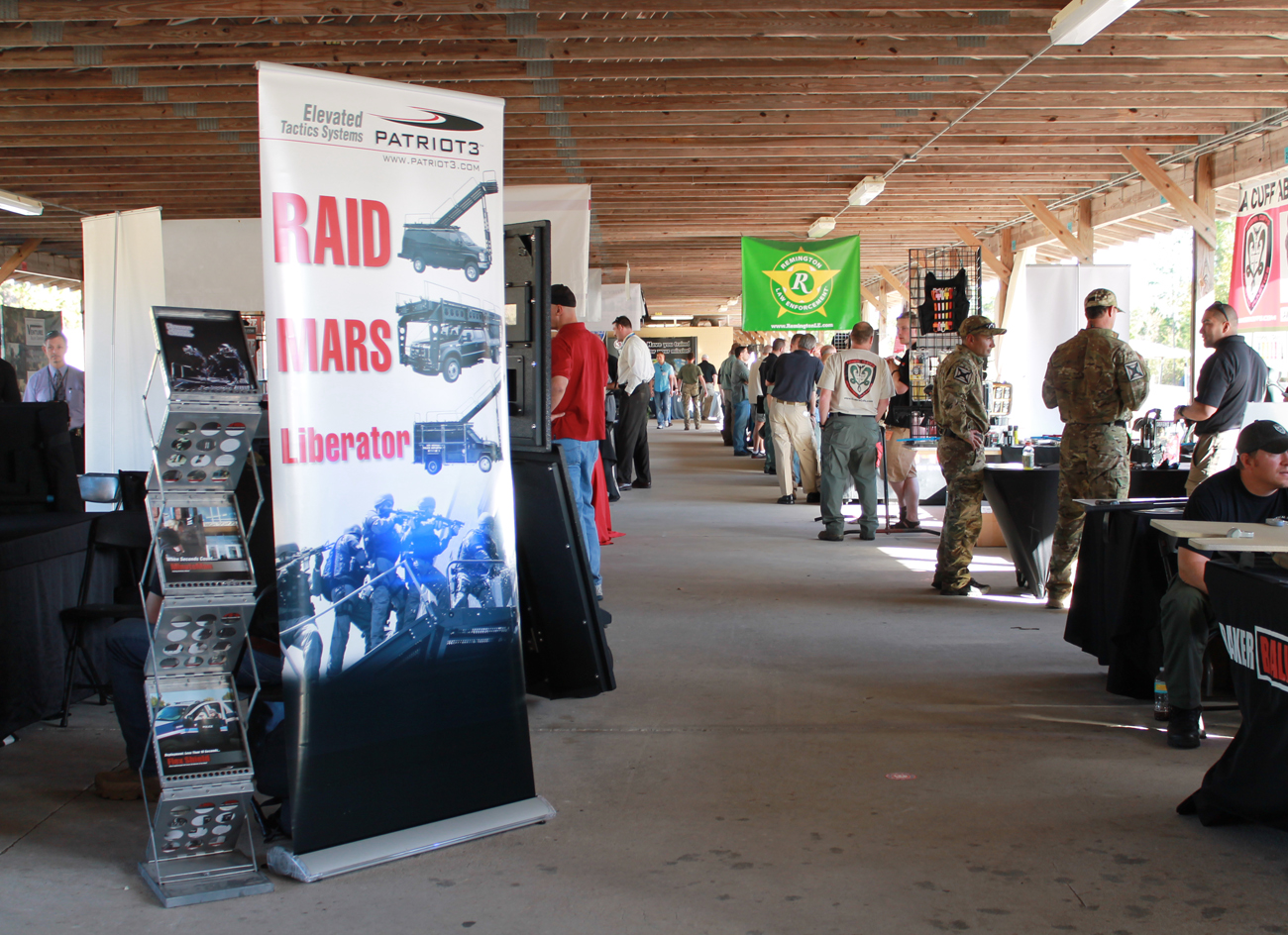 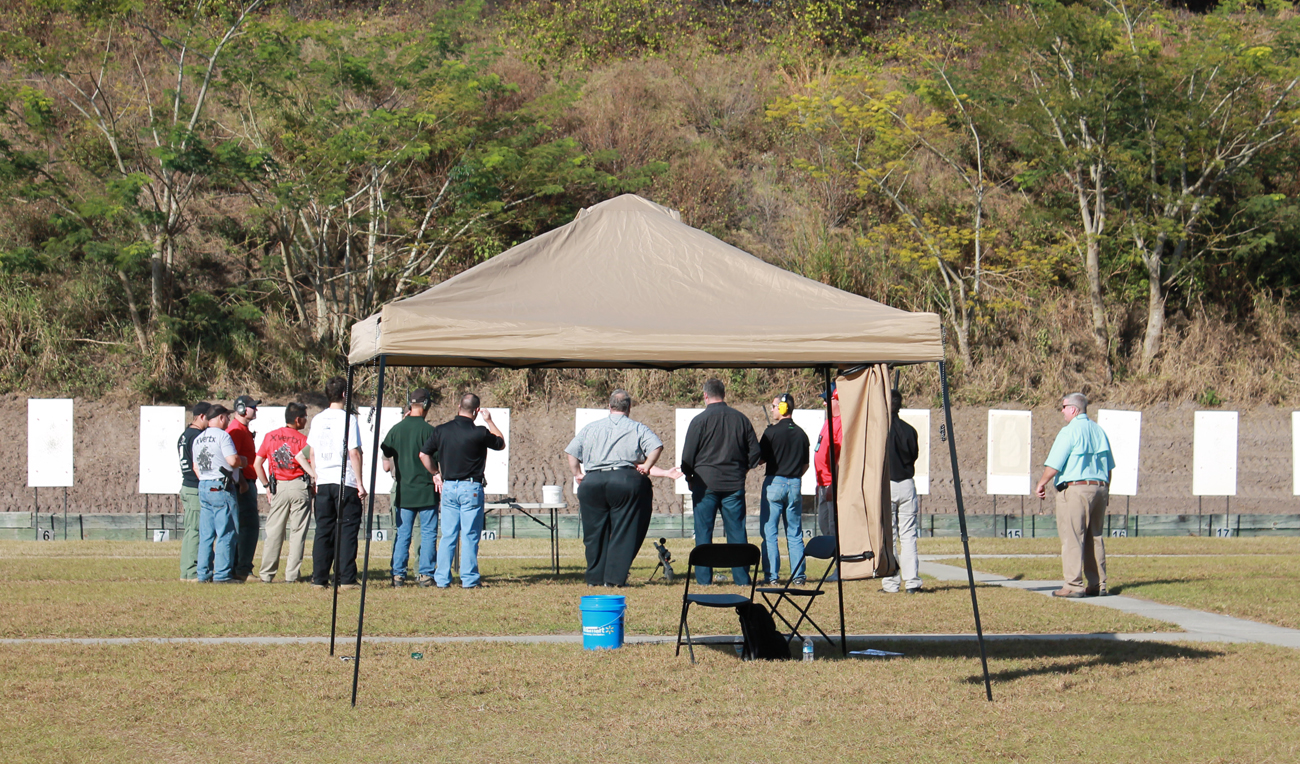 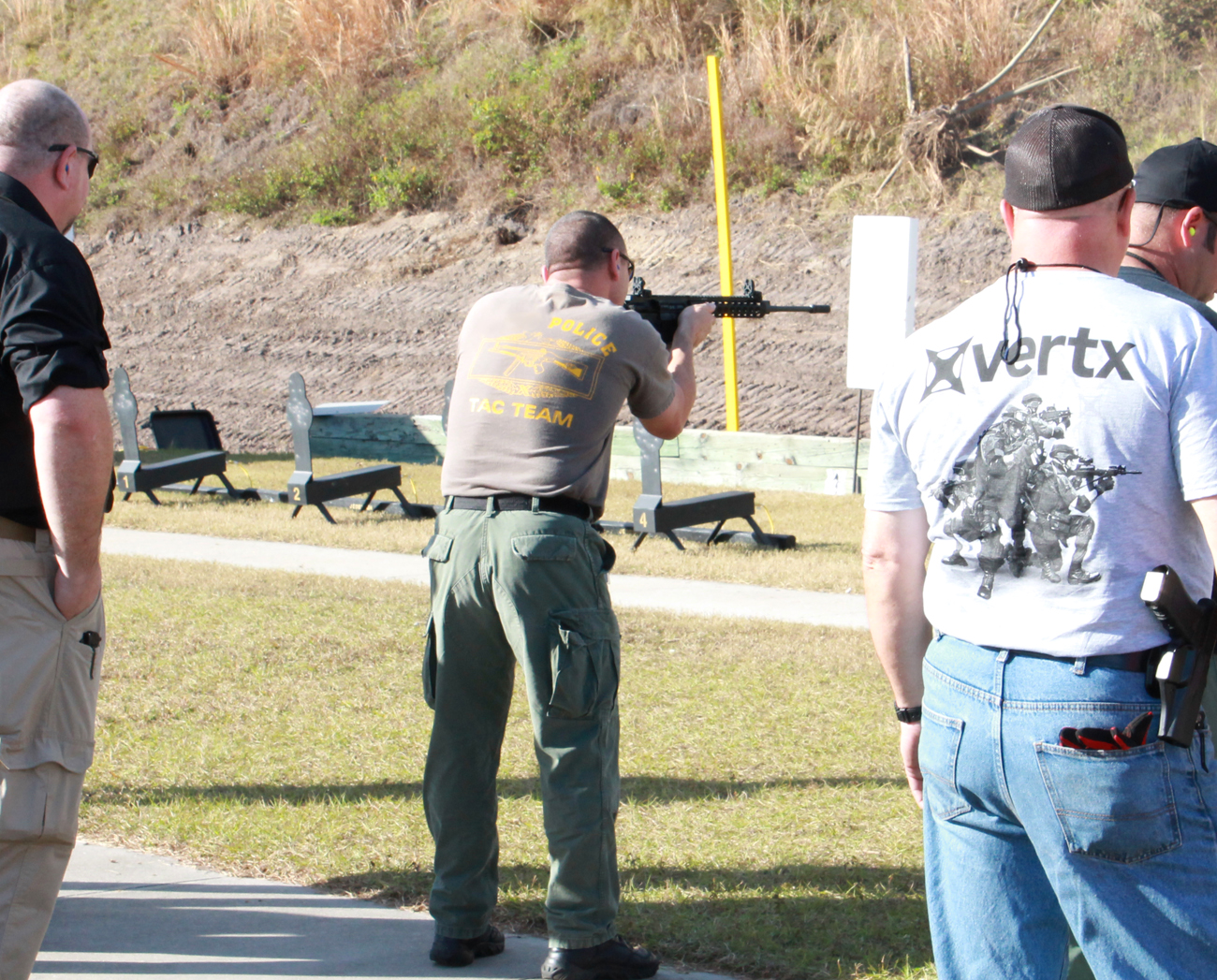 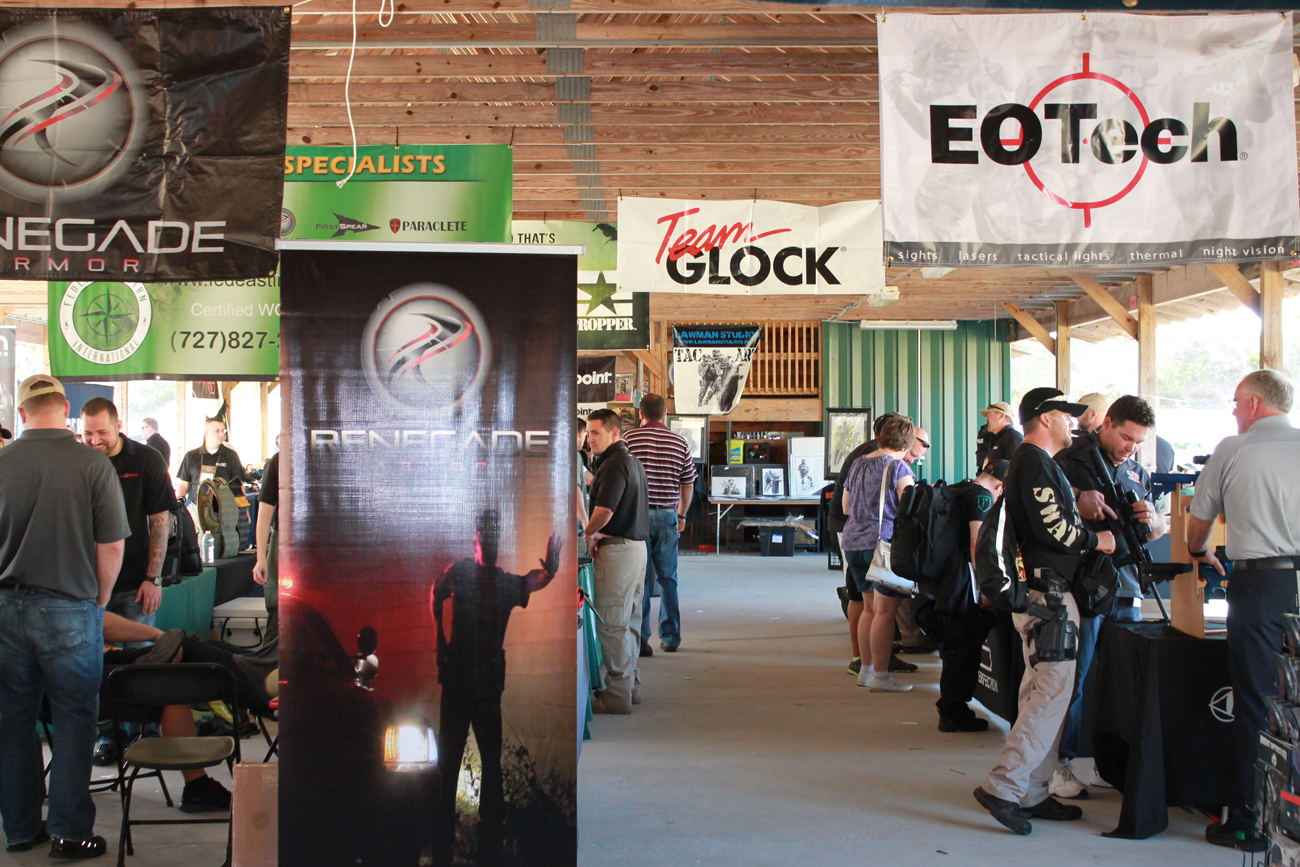 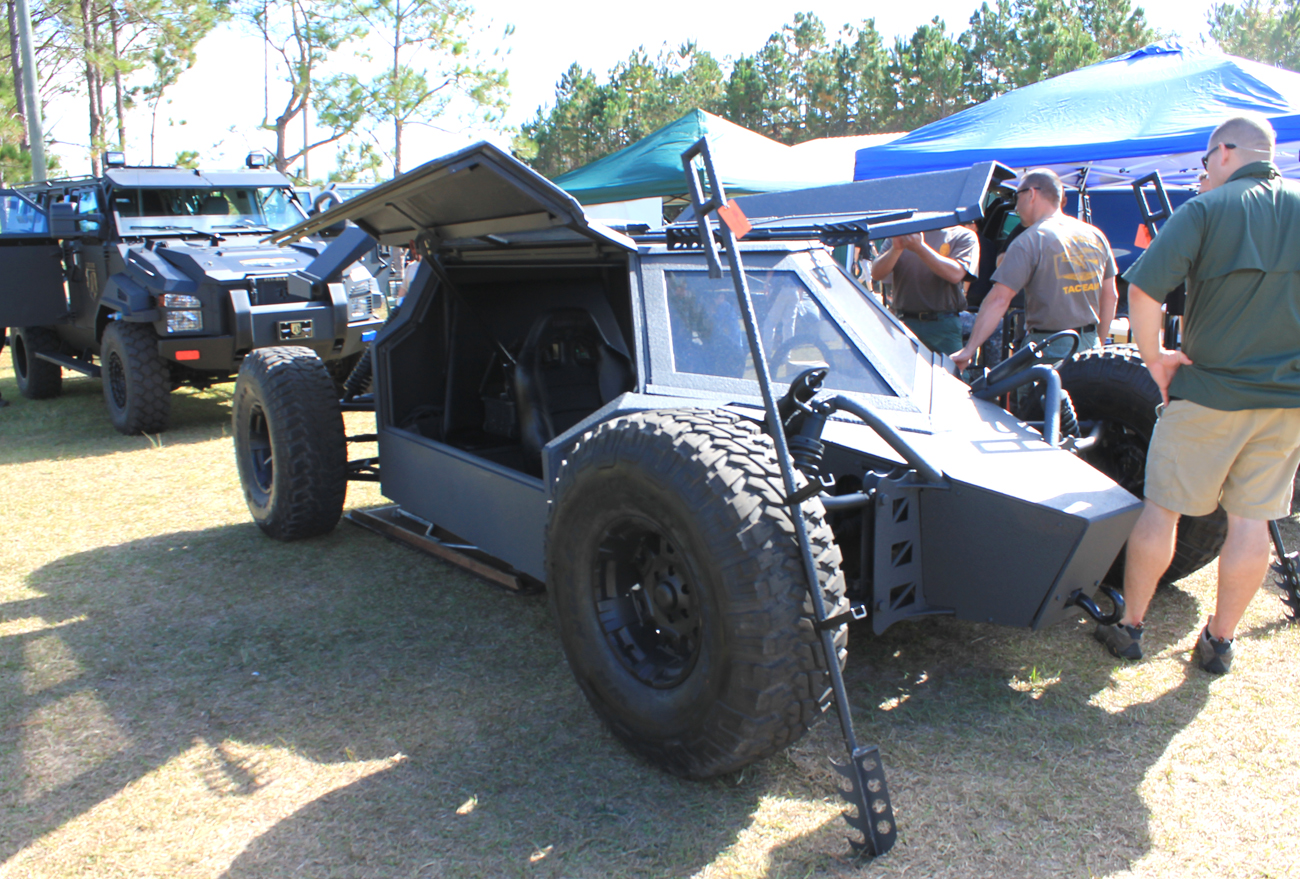 We made some good contacts and saw a few interesting products that I’ll write about in the near future. On the range, we shot a couple of rifles, to include a 5 pound AR with a proprietary receiver that was light as air. Sig Sauer was nice enough to golf cart us over to a separate range and let us shoot an SBR (they even provided the ammo). For those of you who follow USPCA, I was able to talk to former Army Marksmanship Unit shooter and present Glock Team Captain K.C. Eusebio for quite some time. He’s good people.

There are a lot of “blind” events for the shooters this year, as evidenced by the tarps blocking inquisitive eyes. It was a punch in the gut to have several competitors asking us, “Have you gone yet?” as we stood near some of the start areas. Argh.

Here’s hoping all the competitors, vendors, and staff travel home safely to their respective domestic and international destinations.