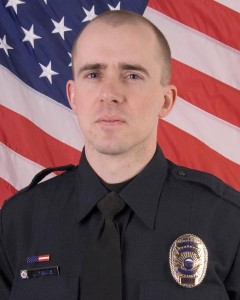 I read a CNN news report of a Blue-on-Blue shooting in Lakewood, CO yesterday where one officer accidentally killed another.  Lakewood officers had surrounded a house where shots were reportedly fired by a suspect.  After assisting in detaining three subjects on the front porch, Ofc. James Davies went to the backyard as a rear cover.  Another officer in an adjoining yard could see Davies through a fence, but in the dark did not visually identify him as a police officer.   After giving Davies commands to drop his gun, the other officer fired and killed Davies.

Ofc. Davies was in full uniform at the time of the shooting and apparently did not know that the other officer giving commands was addressing him.  It is a tragedy for the Lakewood community, Ofc. Davies’ family, and the officer who killed Davies.

Some years back on Midnight Shift, I responded to a violent domestic with a knife where multiple officer surrounded a duplex with little information other than the initial 911.  On our arrival, we did not know if the male suspect was still inside.  A buddy of mine at the other end of the duplex later told me he saw a dark figure sneaking around the east side of the building.  Knowing where each of us was, but unsure of the person’s identity, my buddy momentarily tracked the figure with the front sight of his pistol.  The figure moved into a lit area.  It was our Shift Lieutenant, who had not called on scene over the radio.

We suffer from a lack of real-time information at most critical scenes.  Because of this we have to rely on our own observations and training to be able to take decisive action in those circumstances.  Proper threat assessment is absolutely necessary before an officer discharges his or her service weapon.

An officer I know at a neighboring agency shot his firearm at a fleeing suspect who was running on the other side of a wooden privacy fence.  It had been reported the suspect may be armed.  He wasn’t.  Fortunately, the officer missed, but he was, of course, disciplined for his life-threatening negligence.

Critical incidents are best handled with good communication between the responding officers and good judgment on the ground by each individual officer.  Because we follow these precepts for officer safety, occurrences like the one that befell Ofc. Davies are rare.

I hate reading about tragedies like this one in Lakewood.  The wife and two children of Ofc. Davies are no doubt devastated at the loss, and the officer who mistakenly fired the fatal bullet will certainly never be the same.