I am no longer an active Field Training 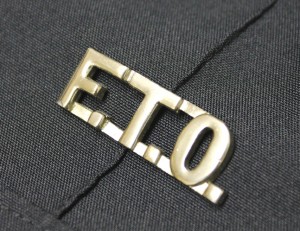 Officer, but I am now in charge of them on my shift.  As an FTO supervisor, I had the duty this week of accepting the resignation of one of our recruit officers.  It’s part of our natural selection.

For the last twenty-plus years, I have been involved in this drill in one capacity or another.  We hire a nice kid, see him/her through the Academy, mold them further during department familiarization, then introduce them to the real job in a field training car.  Percentages vary class by class, but generally anywhere from 10-50% of our recruits do not make it to being solo police officers.

This recruit’s job performance was clearly substandard in many areas.  In a conference room, we talked to him at length about Daily Observation Reports, Standard Evaluation Guidelines, Officer Safety, Investigative Techniques, Report Writing, and even Punctuality.  Along with me, a lieutenant and captain were present in the room.  Long ago, I had been one of the LT’s training officers and he had, in turn, trained the Cap.

Like many rookies, this one had problems multitasking under “stress.”  It would lead him to “blanking out” on calls and being unable to think about what to do next.  Bad during normal service delivery, deadly in a critical situation.

Unfortunately for him (or maybe fortunately), this recruit had not even been under serious stress on the street to this point in his training.  Vapor locking during a routine traffic stop and freezing up at the question of “why did you pull me over, officer?” is a sure sign that this type of public interaction is not in your future.

Confronted with his documented performance thus far, the recruit came to the conclusion that it would be better to “excuse himself” from the training program.  We concurred.  Foremost in our minds was safety:  for the recruit, for his fellow officers, and for the citizens.  It was an emotional moment for the young man.

I was reminded of something one of our old chiefs used to say about the field training program.  He said that FTO’s were the gatekeepers to the profession, allowing in those worthy and denying access to ones not up to the challenge.  While that may be an embellished way to describe an FTO program, in a profession where you have the authority to take a person’s freedom or even his life, there must be a viable screening process.

The kid came in yesterday to turn in the rest of his gear.  Of course, it was awkward as he had been with us for several months.  When he was ready to leave, I shook his hand and sincerely wished him well.  I will probably never see him again.  Walking back into the police building, I felt like our field training program had ended his dream, but potentially saved his life.