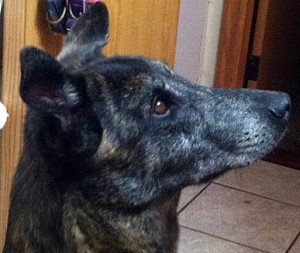 I am absolutely sickened by this story in the Atlanta Journal-Constitution about Warwick, GA Police K9 Sasha, who died of neglect in her Chevrolet Tahoe while her “handler” was on a three day vacation.

K9 Sasha, a 10 year old Dutch Shepherd, had been given to the Warwick PD by the Miami, FL Police Department about two years ago.  She was a trained narcotics detector dog with many finds both in Florida and in Georgia.

Click the link above if you want to read the details of her death.  I really do not feel like printing them here.

As a former Police K9 Handler, I had nothing but outrage in reading the story.  I sincerely hope that the horrific death of this animal did not come about as described.  I have had friends who lost their partners to faulty A/C and heat alarm units, but never something as criminally neglectful as forgetting a K9 dog in a car for three days.

The articles quotes the Warwick police chief’s report as saying, “(the ‘handler’) stated that Sasha must have let herself inside the vehicle over the weekend while he was out of town.”  Wha?

I know, I know.  I’m the first one to go after the mainstream media for their agenda-driven reporting, but I will acknowledge that there is always at least some small measure of truth, no matter how distorted the media’s ultimate message.  Maybe this story comes to the wrong conclusion.  Maybe.

The Warwick PD and Worth County Sheriff’s Office, the jurisdiction in which the “handler” lived, need to fully investigate the death, which occurred on Sept. 3 but was not reported until Sept. 14.  The Georgia Humane Society plans to perform a necropsy and give K9 Sasha a proper burial.  The “handler” resigned, but a valuable piece of department equipment and  living animal was lost.  This is shameful.