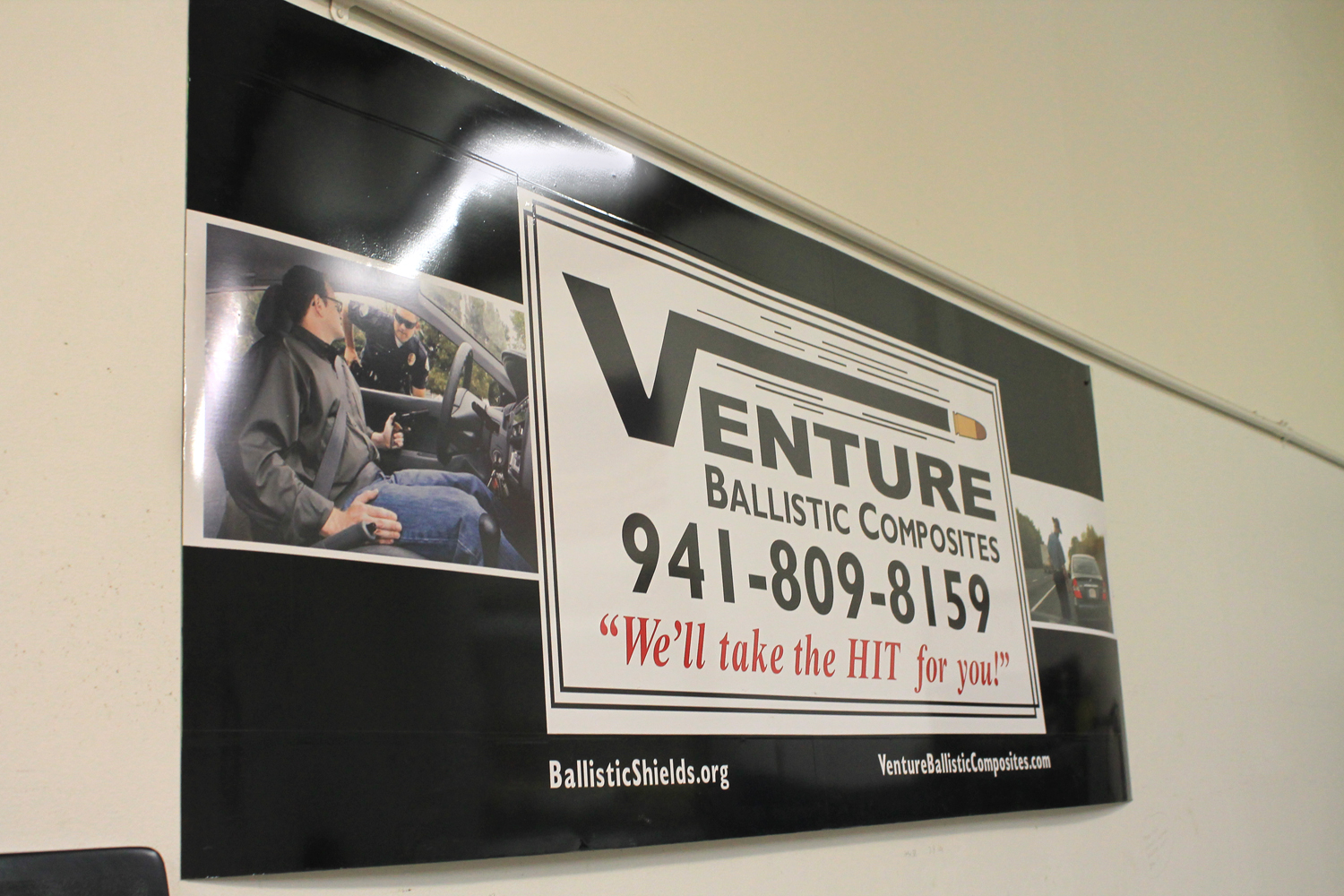 I was in Pinellas County yesterday to visit the manufacturing plant for Venture Ballistic Composites, Inc., a maker of  bullet-resistant shields for law enforcement and the Military.  Venture’s President Todd Garrett talked shop and showed me their proprietary method for building ballistic shields.  He even demonstrated this by building one from the ground up while I was there.  Very cool!  No photos, please–trade secrets.

Venture Ballistics is a strongly anchored Florida company that uses American made products and buys from vendors within 50 miles of the shop.  Garrett said their aim is to produce shields which exceed NIJ standards for protection, are lightweight, and are affordable.  In the first year and a half of operation, they have sold over 1,400 shields, mostly to Florida law enforcement agencies.  Not one has been returned.

Garrett said a core principle of his operation is the use of “value engineering” to maximize the functionality of their products, while maintaining a focus on cost efficiency.  Because Garrett and his staff came to shield-making from other industries, he said they have an outside-the-box approach that has led to their aerospace construction techniques and innovative design touches.  Garrett possesses a considerable understanding of firearms ballistics, a must in his position.

Affixed to the wall of the office is an array of shot up shields.  It serves as a reminder of why they do business.  Garrett, an 82nd Airborne vet, took some of the samples down and showed me the ballistic capabilities of his work.  Though hit with multiple rounds of either Level IIIa or III-rated projectiles, each shield survived without being penetrated. 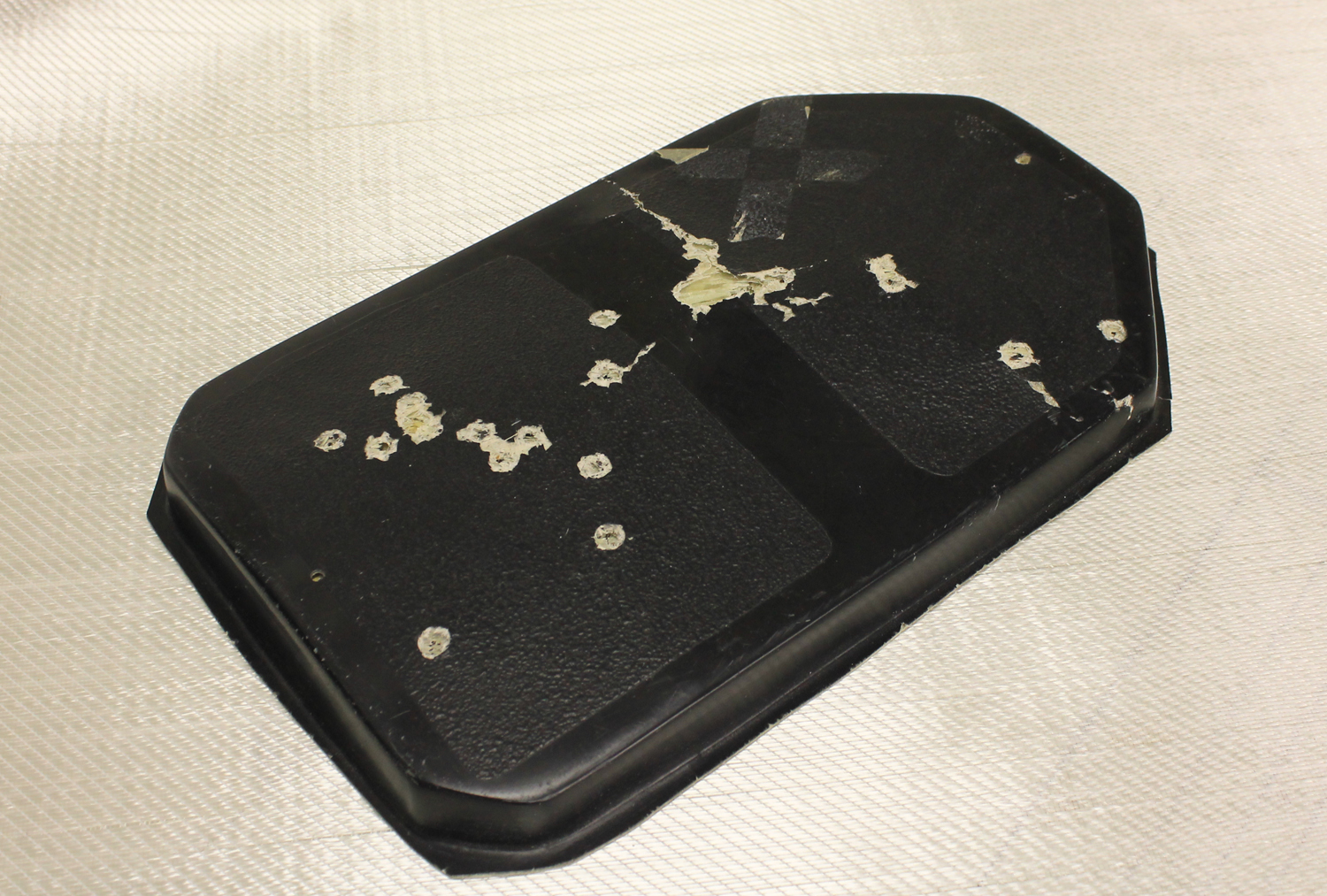 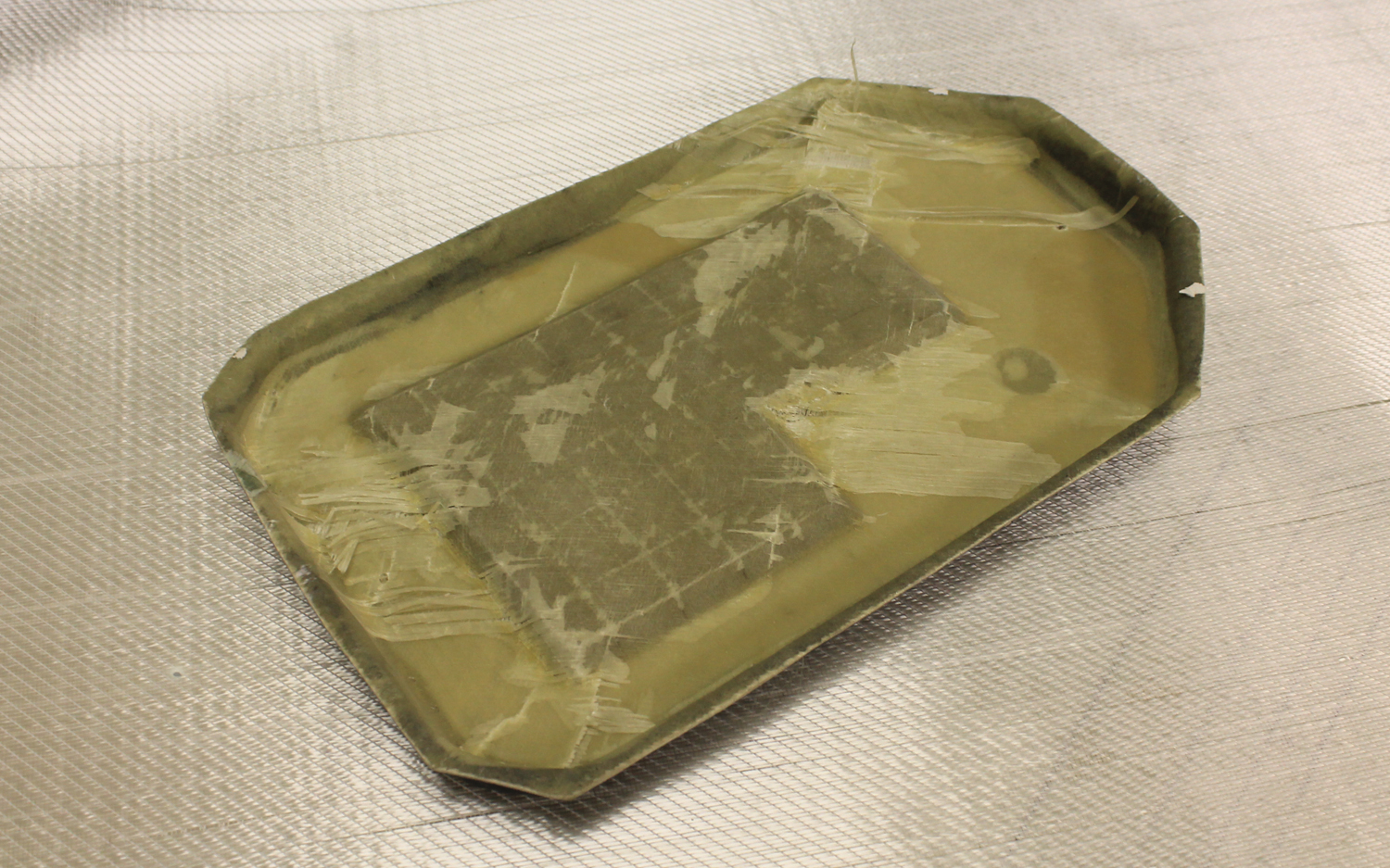 The above shield is an unfinished Level IIIa test core shot up with over 25 pistol bullets and at least one shotgun slug for good measure.  It remained undefeated, even in areas where several bullets impacted on nearly the same spot.

I was loaned several sample shields in Level IIIa and III for T&E, so I will be writing more about Venture Ballistics’ products in the near future.  I really like the build  and features of their work.  Venture constructs shields from a small Level IIIa, called the Traffic Stop, all the way up to a four-wheeled Level III, the MALL Assault Carrier. 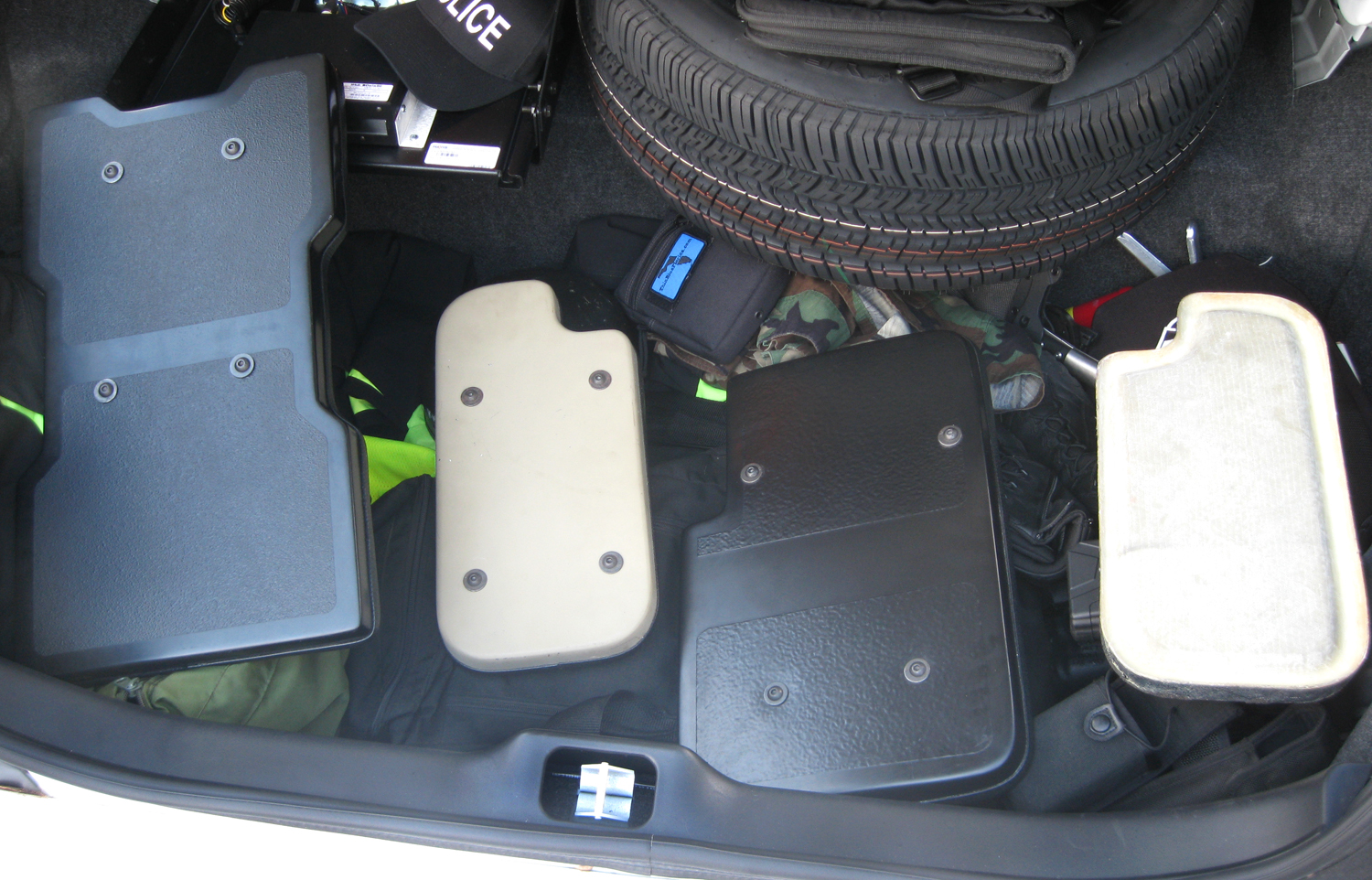 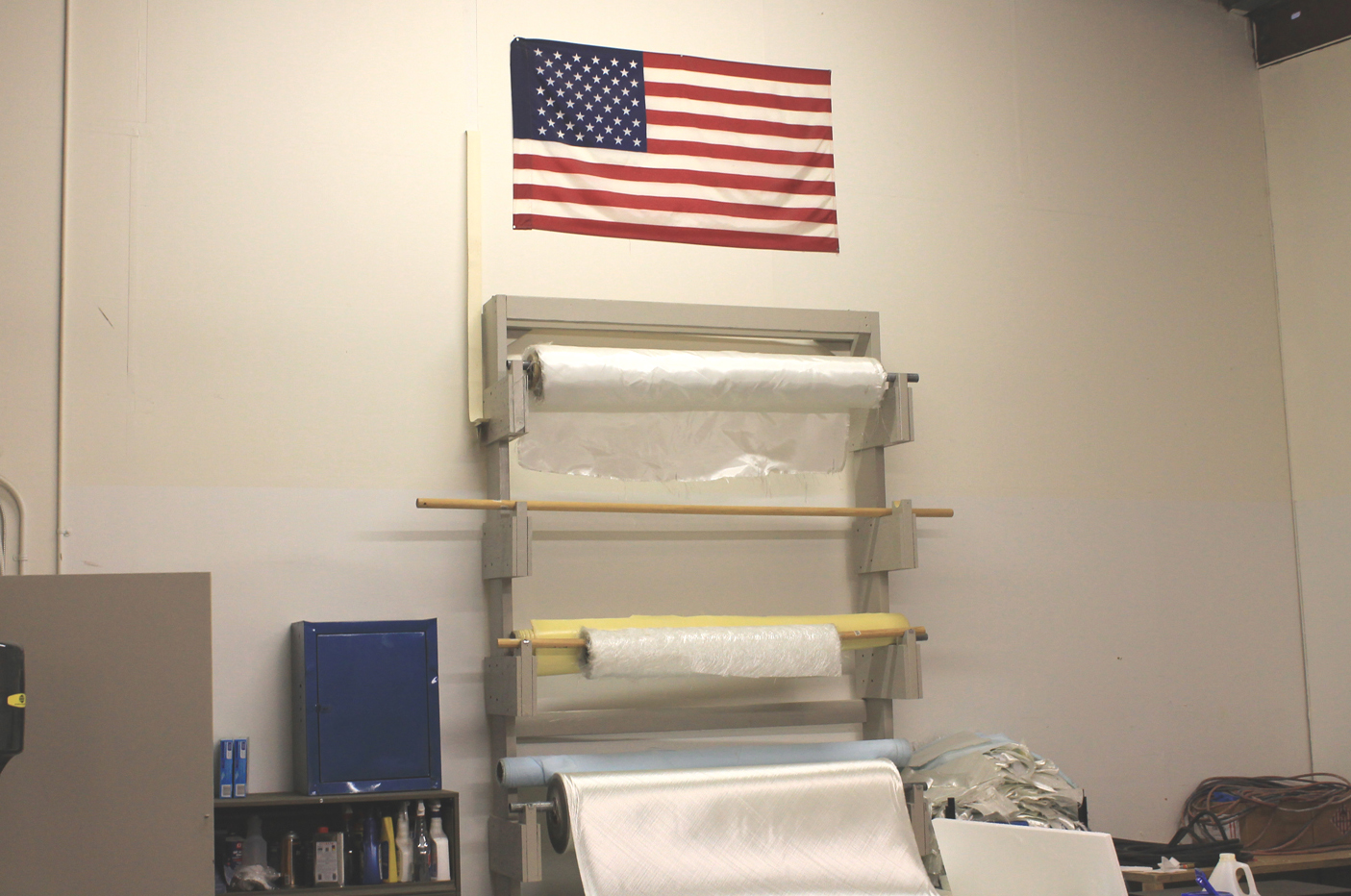 Quality Control and Shipping Manager Adam Lynch captured the enthusiasm I found at Venture Ballistics when he said he was extremely proud to help make American Made shields that not only saves officers’ lives, but their families as well.