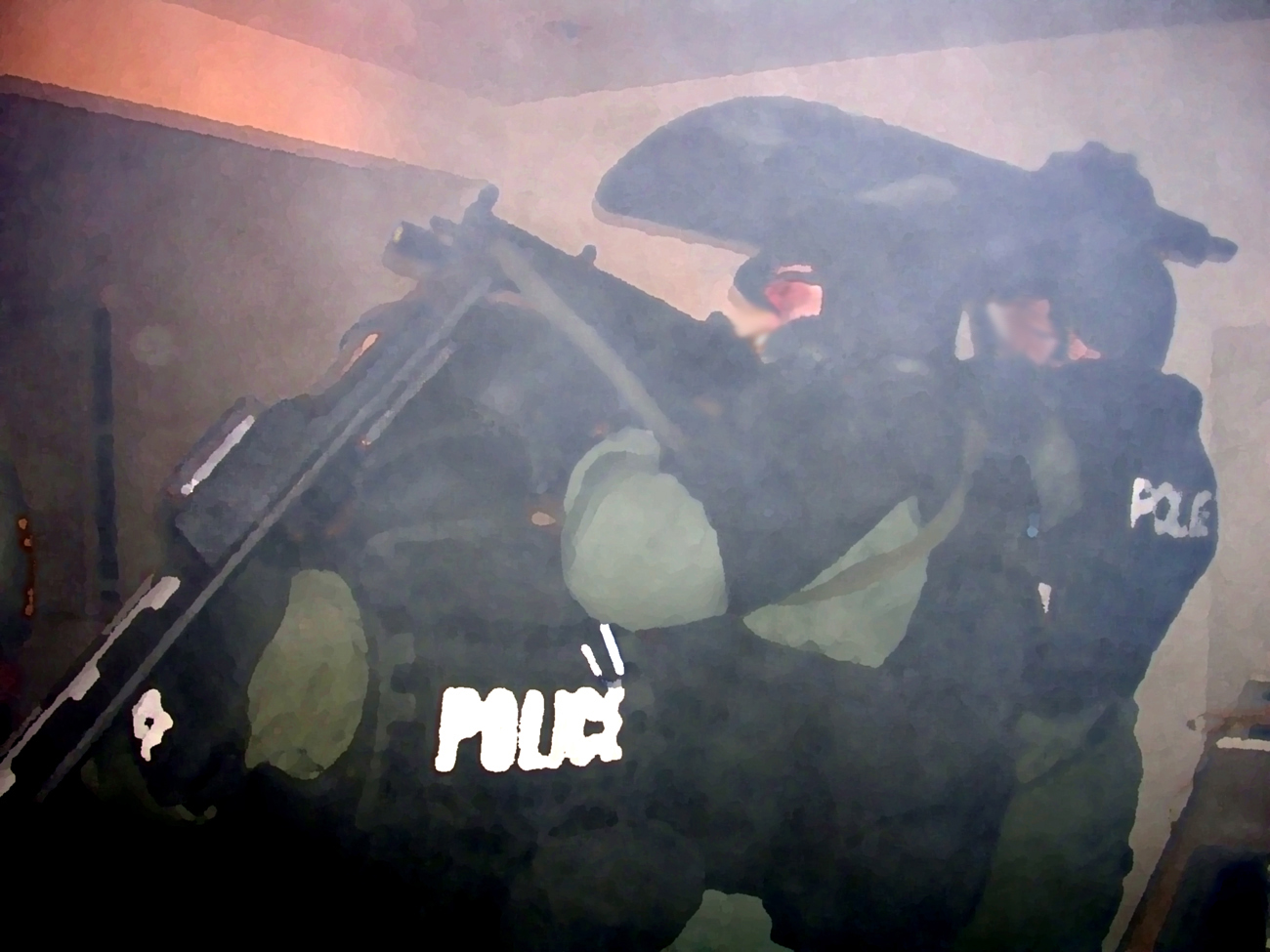 I’m a big fan of Robb Allen over at the blog Sharp as a Marble.  He’s from my neck of the woods and is passionate about the Second Amendment.  Heck, I even put him on my Blogroll.  But I’m annoyed at a recent post about SWATting.

In his entry, he condemns the militarization of the police, and its abuses, which include the practice of sending the police to a fake critical incident (SWATting).  His post was prompted by the SWATting of blogger Patrick Frey.  However, Allen and others assert that apparently SWAT is part of the problem:

“This entire episode has been enabled by the constant militarization of the police force.

SWAT teams should be rarer than hen’s teeth. Instead, every Mayberry has given Barney Fife fully automatic rifles, a tear gas grenade launcher, an APC to drive around town, and riot gear to wear as their daily uniform. Oh, and they get a nice PDF on how to use it all, and use it they must (otherwise they lose their budgets!).

This is a recipe for the exact thing these leftists are dreaming of – A full on police state where anyone who goes against them can be bullied into silence or, barring that, murdered.”

“Instead of trying to figure out whodunnit, why not make SWATting impossible to perform in the first place? Demilitarize the police and this tactic cannot happen. We don’t need our police force looking like some Third World Shithole Army and the ‘need’ for these teams is greatly overstated.”

In one of his responses in the comments section Mr. Allen goes on to state:

“Don’t get me wrong – again, I want cops to show up when they get a phone call saying someone has murdered someone, but I want cops and not soldiers. I also want cops trained to NOT use their guns as their first line of action. As said above, Deputy Jane’s 9mm will kill you just as dead as Specialist Johnson’s Tactical AR (only it will probably take a few more punctures).”

“From my perspective, the “militarization” of the citizenry and its abuses has prompted the increase in training and specialization for police departments. You would not have SWAT teams without the SLA, Black Panthers, White Supremacists, Sovereign Citizens or a host of other unlawful threats to America that cannot by law be handled on U.S. soil by the U.S. Military.

‘Deputy Jane and her 9mm’ did respond to the North Hollywood bank robbery. Thankfully so did SWAT trained officers.”

SWATting is a dangerous prank, though it is rare.  I am not able to find any deaths or injuries attributed to fake 911 calls and the deployment of SWAT.  In blogger Frey’s “SWATting” incident, a SWAT Team was not even sent–patrol deputies were!

So from the seldom practiced event of making a fake 911 call, to an inaccurately reported blogger’s unfortunate incident, some would have us return our law enforcement agencies to pre-1975 levels of effectiveness in the stark realities of 2012.  Sad.

I strongly support the Second Amendment.  In a perfect world, no police or tactical teams should be necessary.  What I can’t abide is homicidal and sociopathic behavior that preys on the good people of the United States of America.

I am obviously partisan in this discussion (or argument, if you consider blood pressure the barometer of which one).  I can only speak to my professional experience, and not what other citizens have “read in the newspaper.”

I was a SWAT operator for over 20 years.  We used our teamwork, training, and tactics to solve several hundred critical incidents.  Our team has only taken two suspects’ lives.  Those lives were forfeited by virtue of their owners’ actions.

SWAT members function in leadership and tactical roles on the street, where most incidents are taken to a safe conclusion without the activation of their team.

I am proud to have been thanked by hostages released from mortal fear, to have carried children from extreme dangers caused by the criminal acts of their parents, and to have protected our citizens from violent, rampaging individuals.  I did not read about these events in the media.

I am certain SWAT’s existence is necessary.  So do victims.  I am thankful there are those who have not needed us, but I don’t think anyone has the right to speak out on behalf of those who have.

This entry was posted in SWAT and tagged Militarization of the Police, SWAT Teams, SWATting. Bookmark the permalink.