A K9 Team is Born 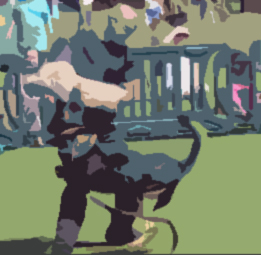 A new K9 Handler and dog are preparing to hit the street next week.  Their graduation ceremony from K9 school is upon us and I could not be happier for the Unit’s junior member.

It has been two decades since I was in his shoes, but I still remember the excitement and trepidation I had on leaving the known rigors of school for the uncertainty of success on the road.

Because of the nature of the job, the learning curve can be steep and dangerous.  As I write this, I learned of a Palm Beach County K9 Team involved in a shoot-out this morning where a lieutenant and a police dog were hit.  Both had serious but survivable injuries.  The suspect was killed by return fire from the lieutenant and the K9 Handler.  Such is the job for which we volunteer.

Due to our Handler and dog both being “green,” it will take them the better part of the first year before they start functioning as a true team.  This aspect takes patience.  Since dogs learn through repetition and timely praise and correction, it will take many months of copying calls until the dog will begin to understand what is expected of him.

Crucial at my agency is urban tracking.  With nearly our entire city limits paved over in residential and commercial properties, the Handler will have to learn to read his dog in this terrain and motivate him to search for odor.  And do these while minding his own officer safety.

Tactically deploying the dog in tracking, building search, and criminal apprehension can be a complicated exercise involving all of an officer’s physical and mental skills.  Because he and the dog will work alone for the most part, the K9 Handler must be self-sufficient and decisive.

A good K9 Handler will learn to hunt bad guys using not only his dog’s nose, but his own knowledge of human behavior.  One of the best K9 Handlers with whom I worked was a master at thinking like a criminal.  He seemed to be able to place himself and the dog right where they needed to be to make the catch.

I have no doubt that our new Handler is up to the challenge.  He will have many exciting adventures and frustrating moments in his chosen specialty, but I’m certain he will look back at K9 as the proudest time in his career.