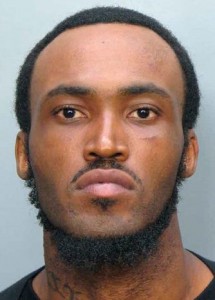 I can’t help but to introduce a few thoughts about the “Man Fatally Shot Chewing on Another Man’s Face” story out of Miami.  I wrote an article last month about alternative drugs causing aggressive behavior in suspects.  The Miami officer-involved shooting last Saturday is an extreme example, and a now-viral reminder, of just how dangerously people can act in a mind altered state.

Deceased offender Rudy Eugene did not appear to have been diagnosed with a mental illness, according to acquaintances.  The president of the Miami FOP said Eugene was under the influence of “bath salts,” another alternative drug much like the incense derivatives.  Either substance is cooked up in a lab with no concern for the safety of its human ingestion, which is the intended purpose.

The incenses, like K2, are classified as Synthetic Cannabinoids (marijuana or THC).  Bath salts are labeled Synthetic Cathinones, which can chemically simulate Ecstasy or cocaine.  Florida has outlawed the production of either substance, but certain chemicals must be present in them for them to be illegal.  Because the “chemists” change their formulations, enforcement is problematic.

In its worst case scenario, partakers of these dangerous drugs hallucinate violently and suffer symptoms of excited delirium.  Body temperature increase and disrobing are seen in excited delirium episodes.  Eugene was naked in broad daylight during the attack.

In fact, Ronald Poppo, the victim, was also found naked.  Both men were reportedly homeless.  Both men had criminal histories with multiple arrests.  Thus far, no one has come forward as an eyewitness to what transpired prior to the rather gruesome altercation.  Full autopsy and toxicology results from the Miami-Dade County Medical Examiner’s Office will be more than a few weeks away.

No amount of investigating will ever reveal exactly what the deranged Rudy Eugene was seeing or experiencing Saturday on the MacArthur Causeway on-ramp.  The victim is left struggling to physically recover, on our dime.

The only good that can potentially come from this incident is public outrage over the legal sale and use of these deadly alternative drugs, but I fear that all that will really result is the short-term rubbernecking already displayed for this “Zombie slaying.”  Yeah, I’m that pessimistic.  Please stay safe and back each other up.