I have carried many, many knives on duty.  It seems I am always trying to find one better than the last.  My uniform pockets have contained uncounted blades unleashed by nail nicks, thumb studs, opening holes, coil springs, leaf springs, and even centrifugal force (yes, a Bali-song).  I recently decided to try something completely different:  mechanical fabric resistance! 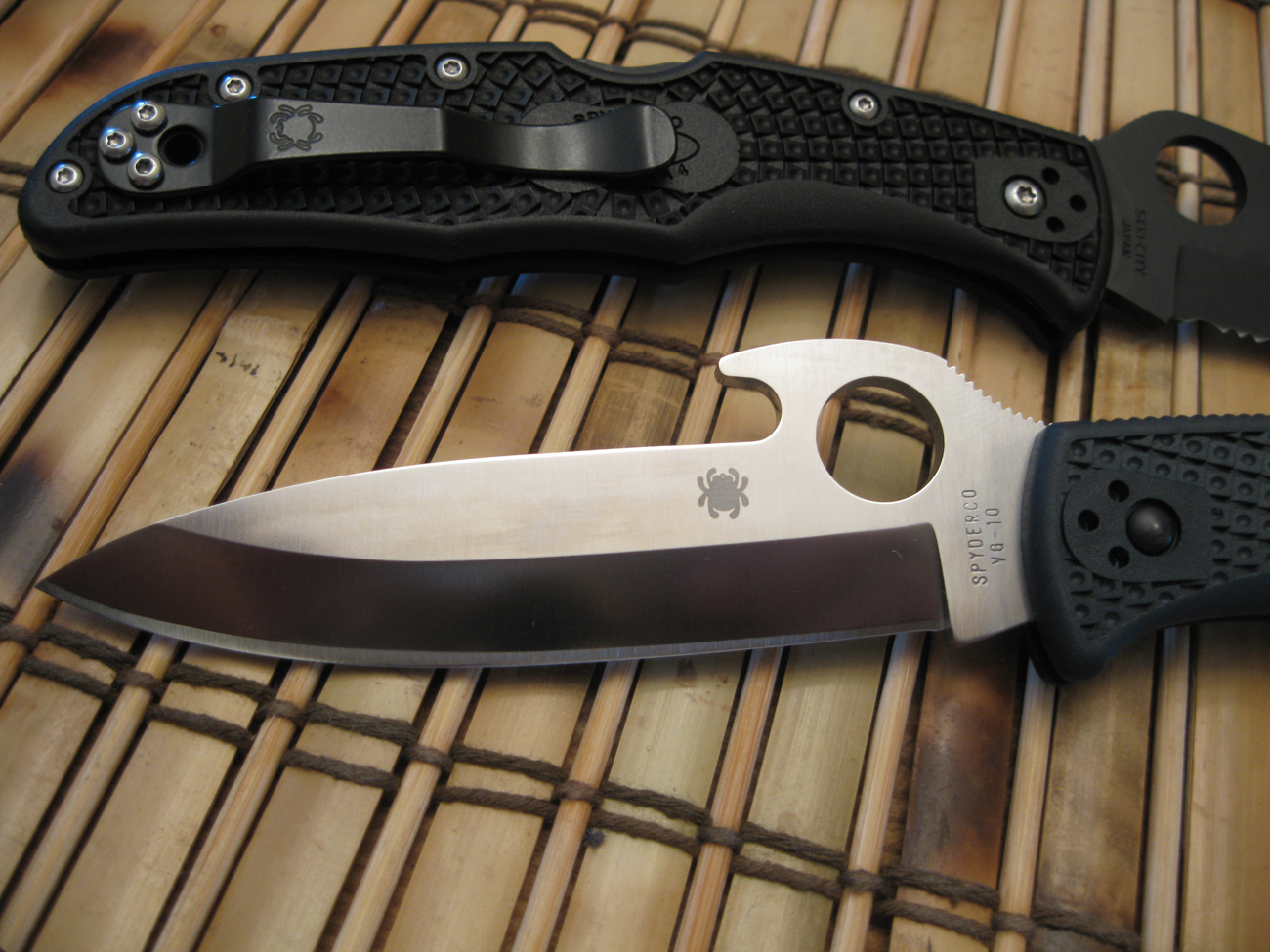 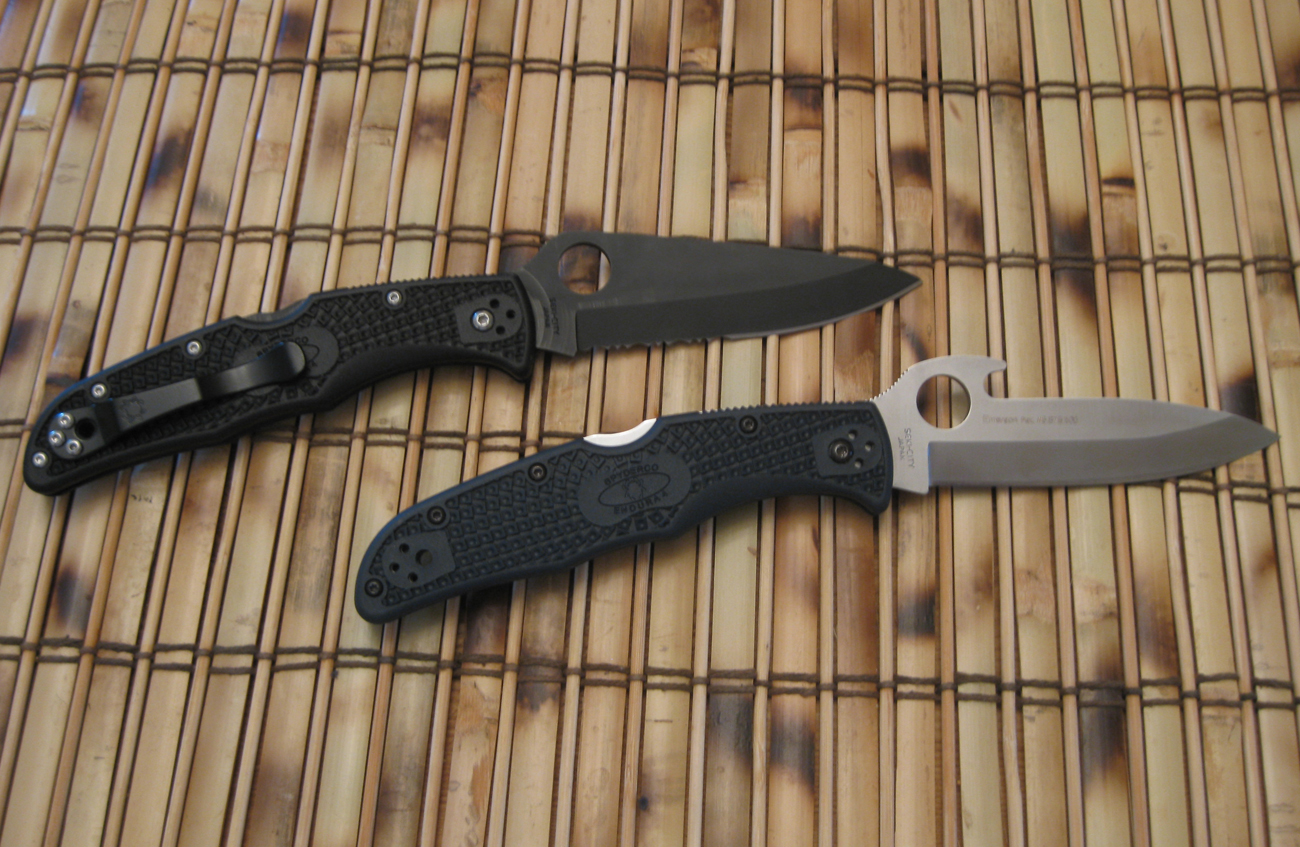 In the 1990’s, custom knifemaker Ernest Emerson patented an interesting design he originally called The Wave.  The folding knife’s blade has a “hook” at the top that catches the edge of the pants pocket and pulls the blade open as the knife itself is withdrawn. 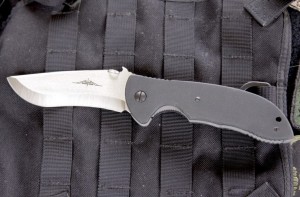 The Wave was first envisioned as a “blade catcher” on the folding Emerson ES1-M, which was a purpose-built knife made for the U.S. Army S.E.R.E (Survival, Evasion, Resistance, Escape) program at Ft. Bragg.  The ES1-M was later adopted by the U.S. Naval Special Warfare Command’s SEALs in 1996.  This knife, in ¾ scale, became Emerson’s Commander in 1998 and is still in production today.

While The Wave is now called the Emerson Opening Feature in Spyderco’s recent catalog, the marriage of The Wave and the Endura4 has resulted in an outstanding defensive/utility folding knife.

I purchased a Spyderco Endura4 with the Emerson Opening Feature from an on-line retailer for $78.10.  MSRP is $124.95.  The knife is only available in a plain edge.  It was previously made with part serrated or fully serrated blades.  The handle is gray, but has always looked dark blue to my aging eyes.

The pivot point and screws on the Waved Endura are bright stainless.  I wanted a more subdued look, so I cannibalized a black Endura4 for its stealthy bits.  Cautionary disclaimer:  taking apart your own knife and swapping parts may void its warranty. 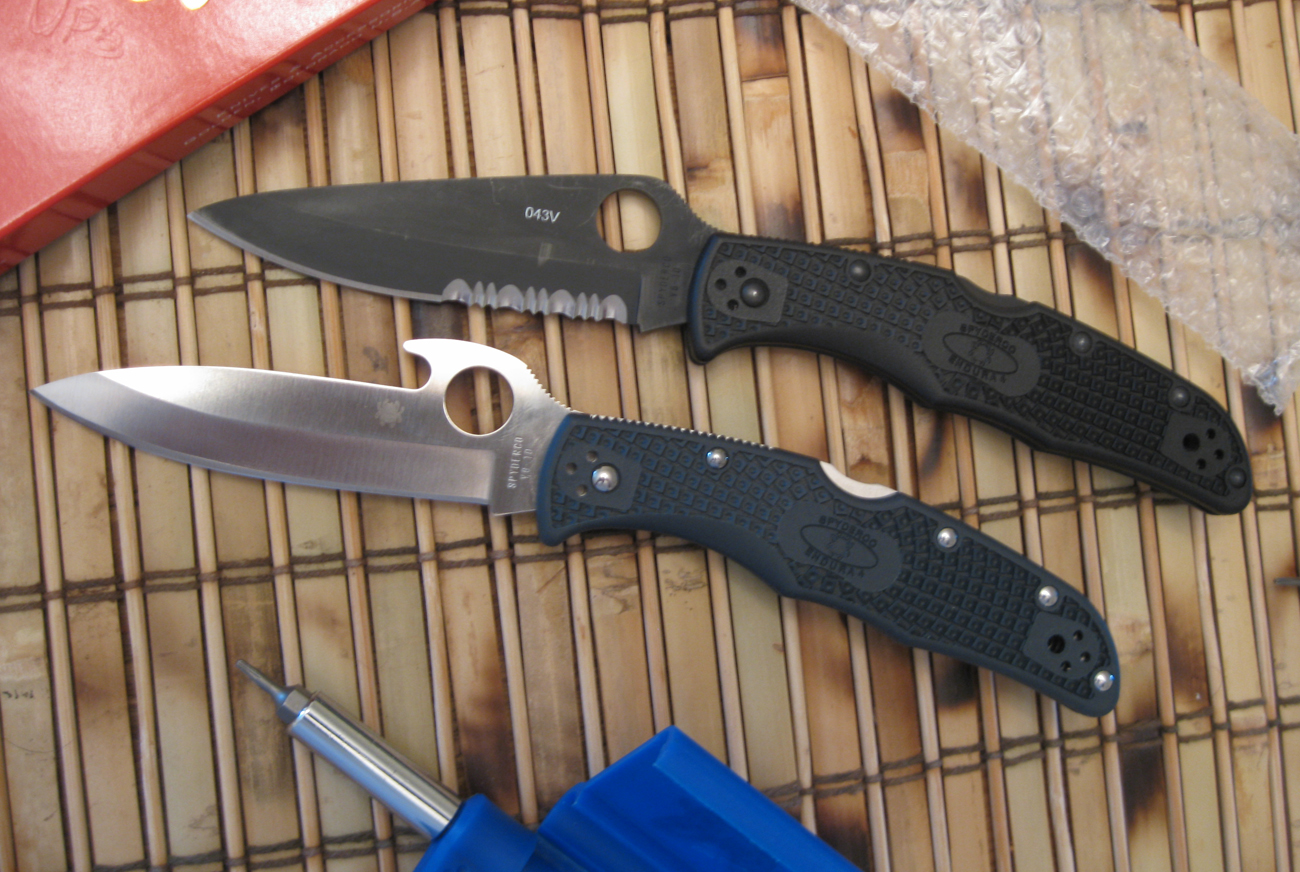 There are several on-line videos that can show you the process for taking apart an Endura.  The key is knowing how to disassemble and reassemble the rocker bar pivot point.  I did it hands-on only.  Some videos suggest a zip tie to act as an extra hand. 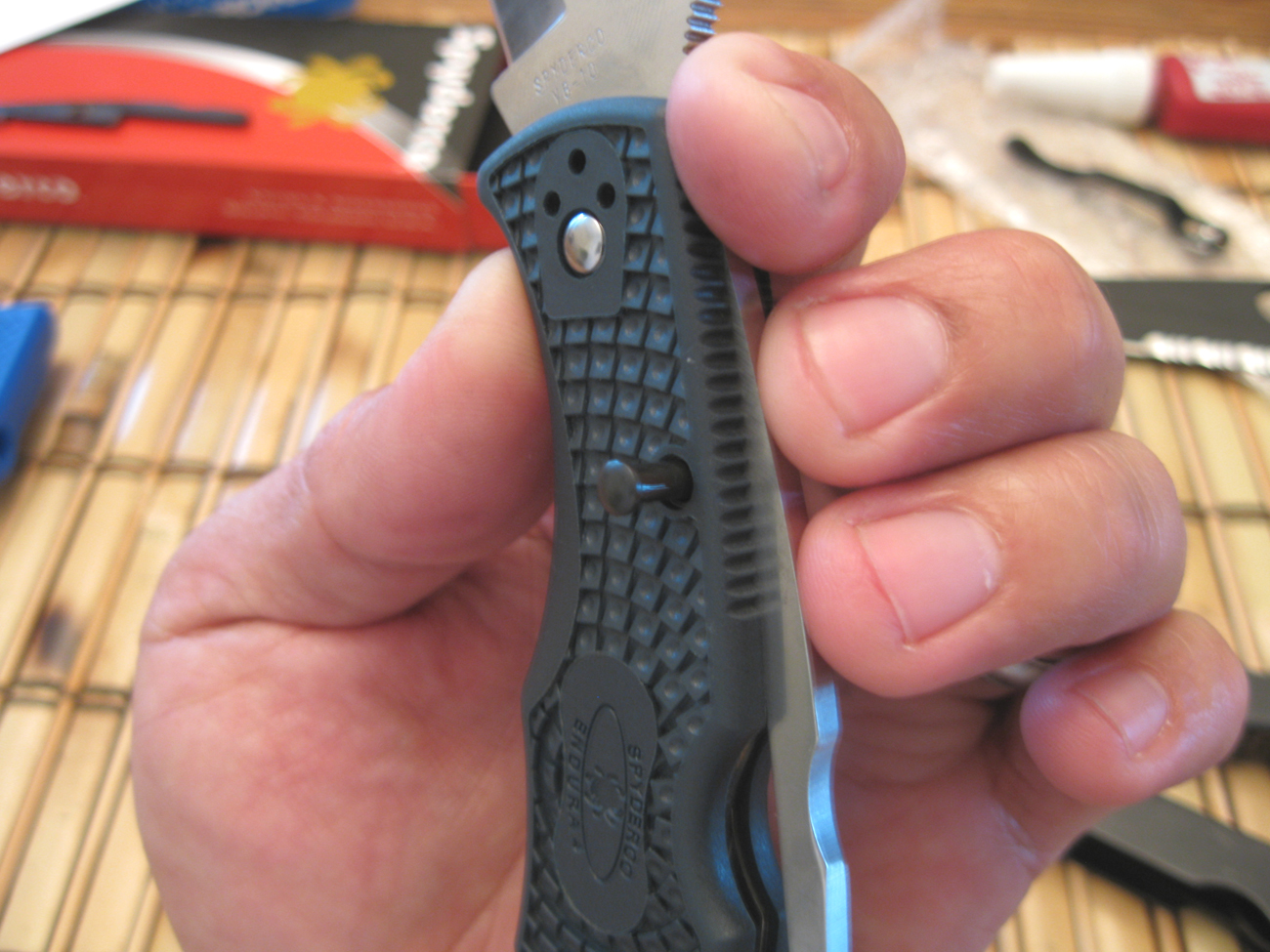 I strongly recommend keeping the rocker bar with its mated blade.  As you can see from the photo, there can be differences rocker bars.  Each blade and bar junction is fitted to provide secure lock-up.  For fun, I tried mixing the stainless blade and black rocker bar.  Danger! They did not engage properly and would not securely lock the knife blade in the open position. 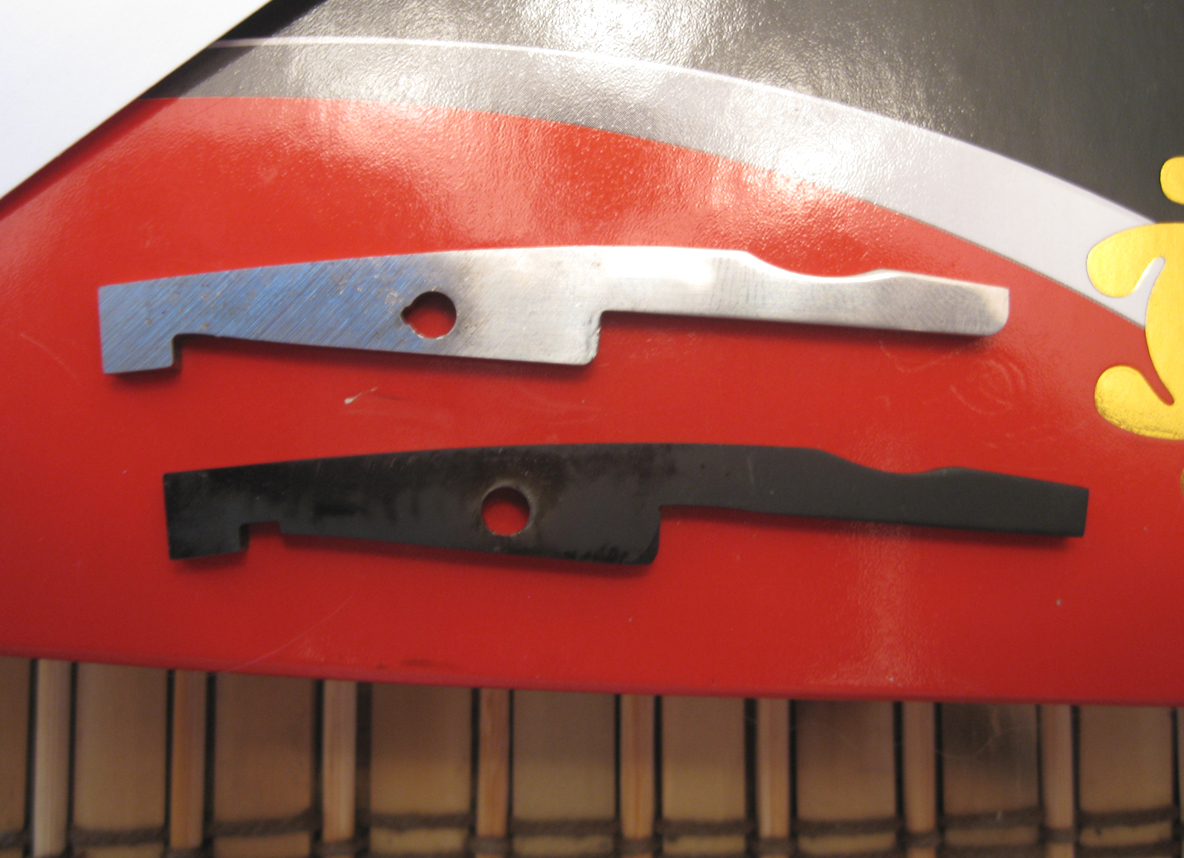 Differences in the Rocker Bars 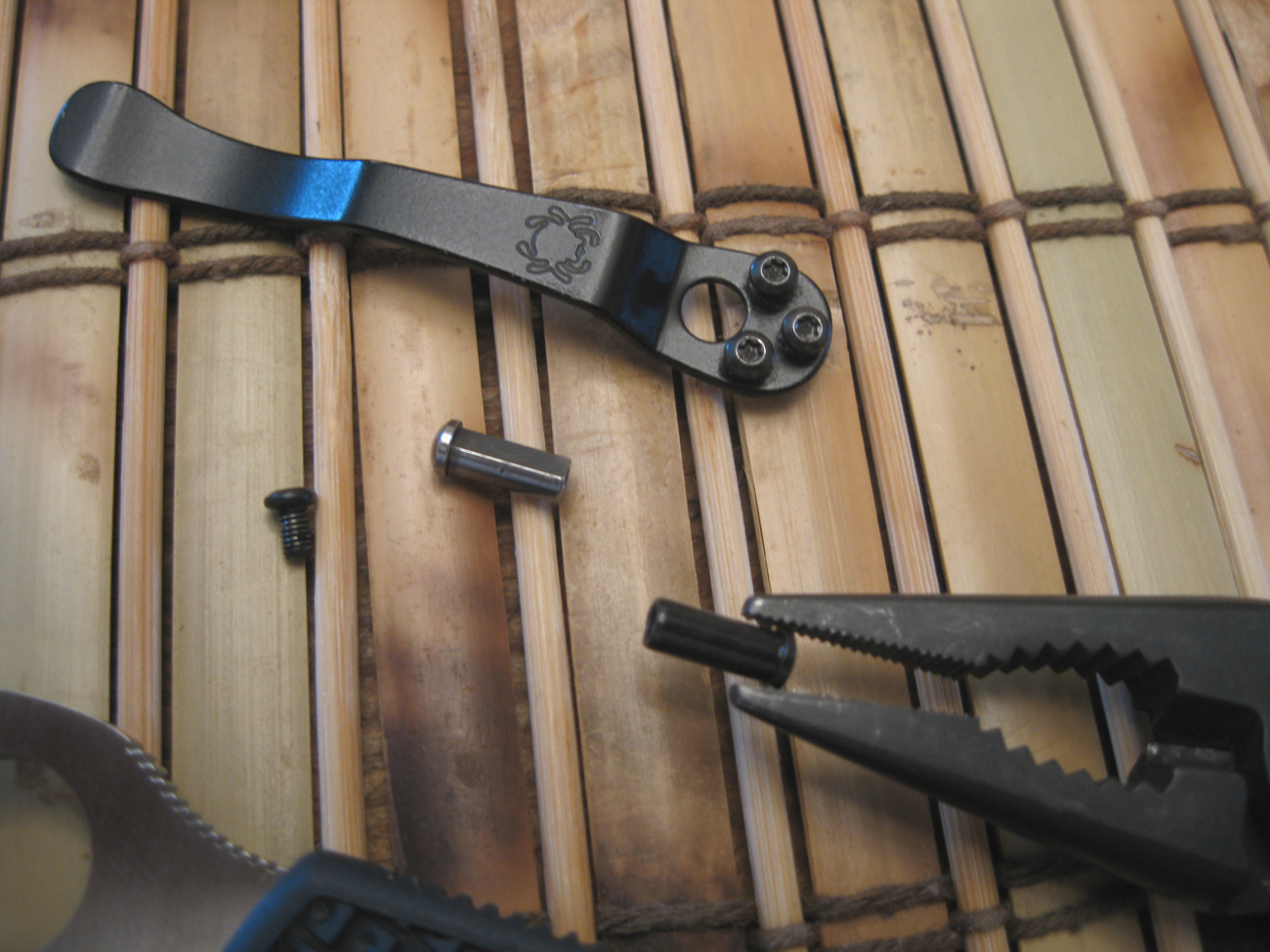 Lots of small parts to lose...

Having swapped out the darker baubles, I thought the blue-gray handle and black hardware looked very nice.  I would like to see a black-coated blade and subdued handle on a future Waved Endura4.  That would levitate the credit card from my wallet!

I mounted the pocket clip on the left side of the knife so I could carry it in my non-dominant side uniform front pants pocket.  With a smart rearward drawing motion, the waved blade snaps open cleanly.  It opens best if the handle is positioned almost horizontally when pulled to the rear. 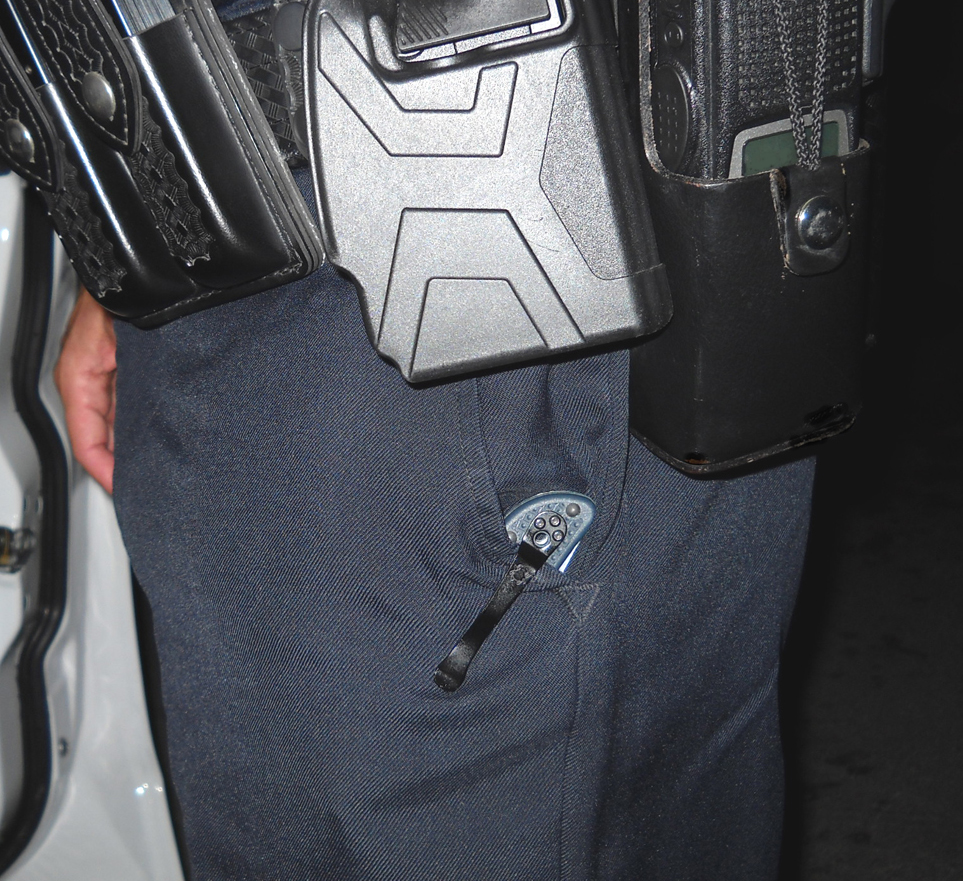 I have carried the knife on duty and I am very pleased with the opening function of the Wave.  A standard thumb stud or opening hole cause one extra motion to extract the blade from the handle.  I am also just a bit wary of assisted openers or automatic knives because of the possibility of them firing in your pocket.  When these knives have a safety lock to prevent firing, it is yet another feature you have to defeat to bring the knife into play.

I am going to experiment a bit with this style of opening, but so far I really like it.  The blade will not prematurely deploy, but a quick, determined draw gives you a ready edge when needed.  There are no switches or buttons to find when using the knife, which is a definite plus in a critical situation. 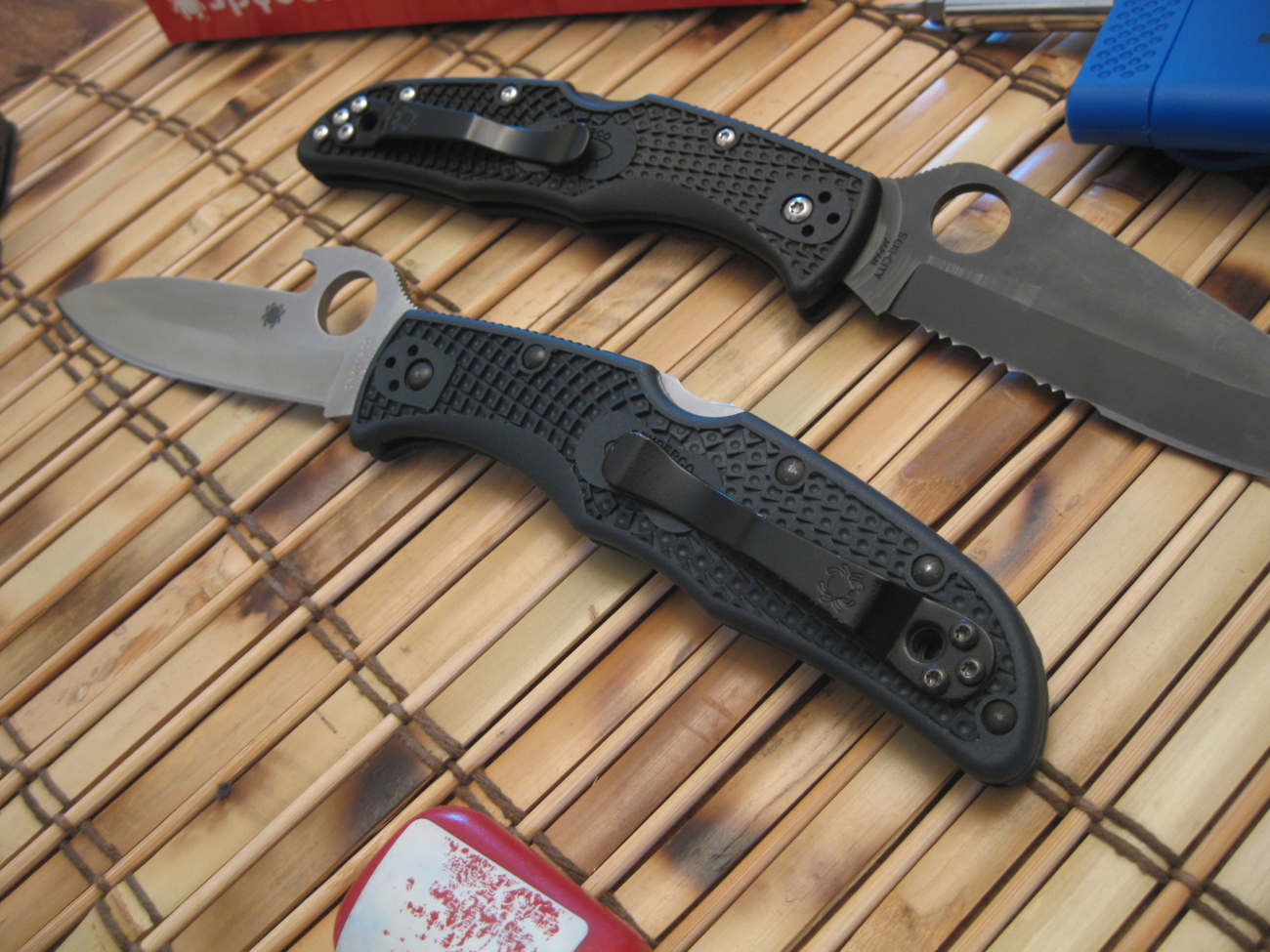 I may have found my Holy Grail of Duty Folders.  But, I’m fickle, so a calendar will be the ultimate judge of this most recent selection.