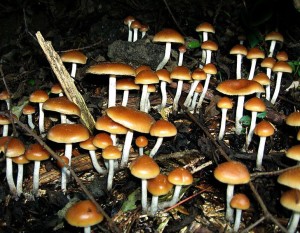 On several calls in the last few months, our officers have had to fight people who were out of control on hallucinogenic substances.  These drugs are a serious cause for concern for law enforcement.

In one instance, an officer rolled up on an unknown situation in the middle of a large intersection.  A Good Samaritan was trying to hold down an out-of-control girl who was screaming “Kill me!” over and over again at the top of her lungs.

The officer and citizen managed to keep the 90 lbs. girl on the ground.  Another officer arrived to replace the citizen.  Now with two officers trying to handcuff her, the girl began to fight and actually began pushing up off the pavement with them on her back.

The first officer unloaded a can of OC into the girl’s face.  It had no effect and she pretty much drank it like a Slurpee.  Whirling around, she kicked the female officer in the groin.  The crazed girl was finally subdued and taken for medical treatment.

At the hospital, she became lucid and told officers she had ingested three “mushrooms.”  She asked what had happened to her.  She did not recall the fight in the intersection.

The next night officers responded to a local McDonald’s for a man running around the parking lot shouting that people were chasing him and trying to kill him.  In his paranoid state, he did not believe the uniformed officers were really the police.

As in the previous case, the fight was on when the officers tried to take him into custody for psychiatric evaluation.  Unfortunately, this guy was well over 300 lbs.  The officers used good tactics and took him to the ground immediately and decisively, preventing anyone from getting seriously injured.

At the scene, the man began to struggle on the ambulance gurney and tore out an IV in his arm, sending blood spurting.  A clip on the IV tube cut one of the officers on the wrist and that officer also went to the hospital for an exposure evaluation.  The suspect’s blood tested negative in an exposure screen. 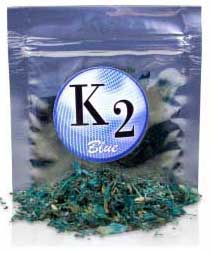 After being sedated at the ER, this man said he had smoked synthetic marijuana sold as “K2.”  Hospital records showed he had been in the ER before for erratic behavior after smoking this same substance.

Last Friday, we checked out with another male smoking K2.  He was irrational and aggressive toward LEO’s.  His brother said, “He’s never acted like this when he smoked K2 before.”  Yeah, quality control isn’t what is used to be at the potpourri factory.

Whether they are on psilocybin mushrooms, synthetic marijuana, or any hallucination-producing mood modifier, the suspects’ violent and unpredictable behavior is dangerous to police officers and deputies.

For some reason we are seeing more of the psilocybin mushrooms in my area.  We had an impaired driver in our holding cell on a DUI charge.  He suddenly lost it and began ramming his body into the reinforced glass wall.  He started screaming for us to help him, but he displayed aggressive actions toward us.  We fought him onto a stretcher and took him to the ER.  They heavily sedated him to put him out of his hallucinogenic “shroom rage.”  It was probably the best thing for him.

In the old days, we fought with bad guys on phencyclidine, called PCP or angel dust, which had powerful hallucinogenic effects.  The drug was said to give people superhuman strength and resistance to pain.

Suspects on any of these hallucinogenic drugs do have a heightened resistance to pain compliance, mainly because the drugs dull any physical sensations.  Along the same line, they seem to display uncanny strength, but they can exert maximum physical effort because they do not feel fatigue, lactic acid build-up, or pain associated with broken body parts.

The most dangerous side effect of hallucinogens is their distortion of a person’s reality.  They may be reacting to what they perceive as a life-threatening situation to them.  Because of this, normal moral inhibitions do not come into play.  They may be totally committed to murdering you to save themselves from the “monsters.”

Another deadly consideration for our routine day at the office.