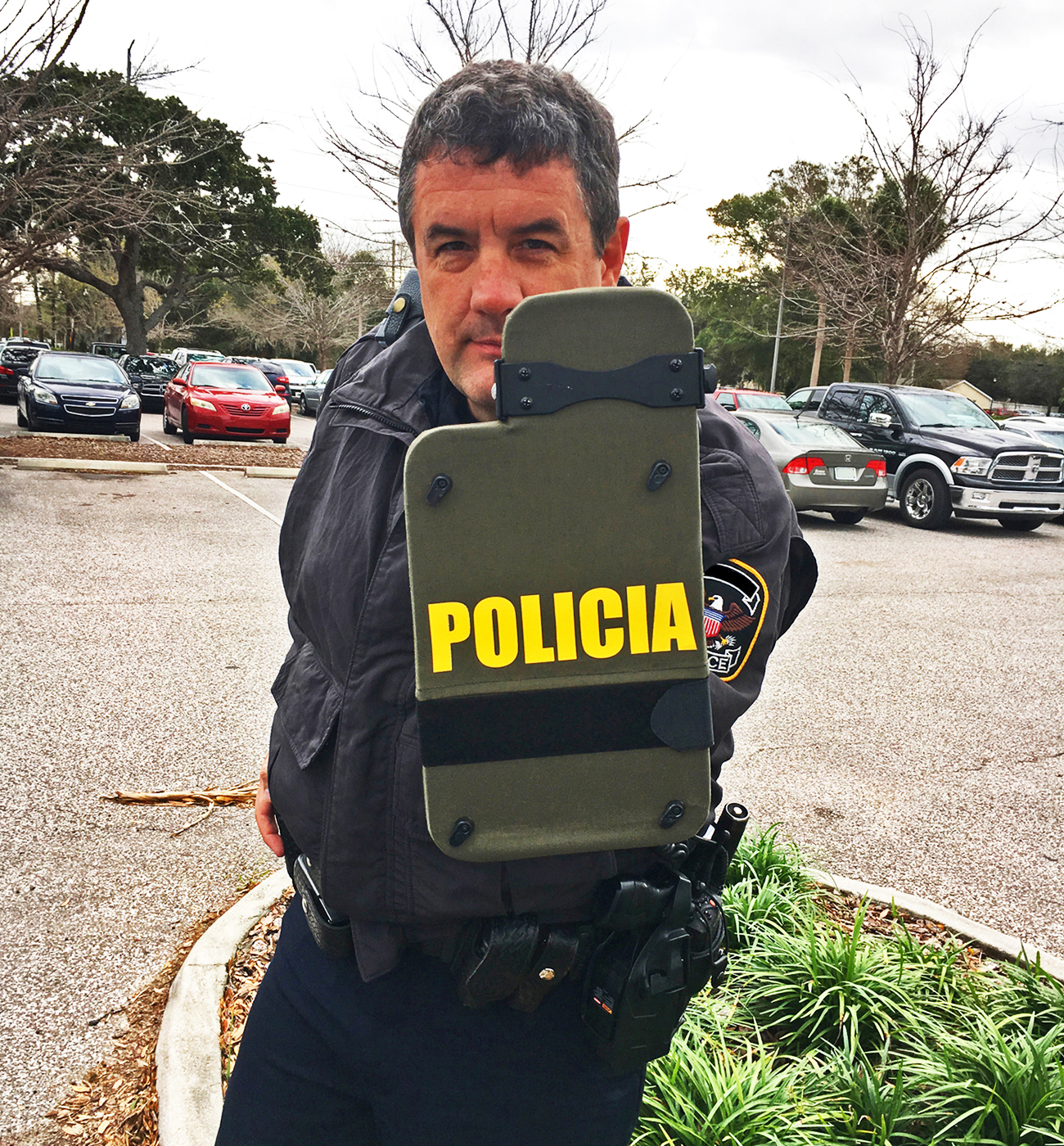 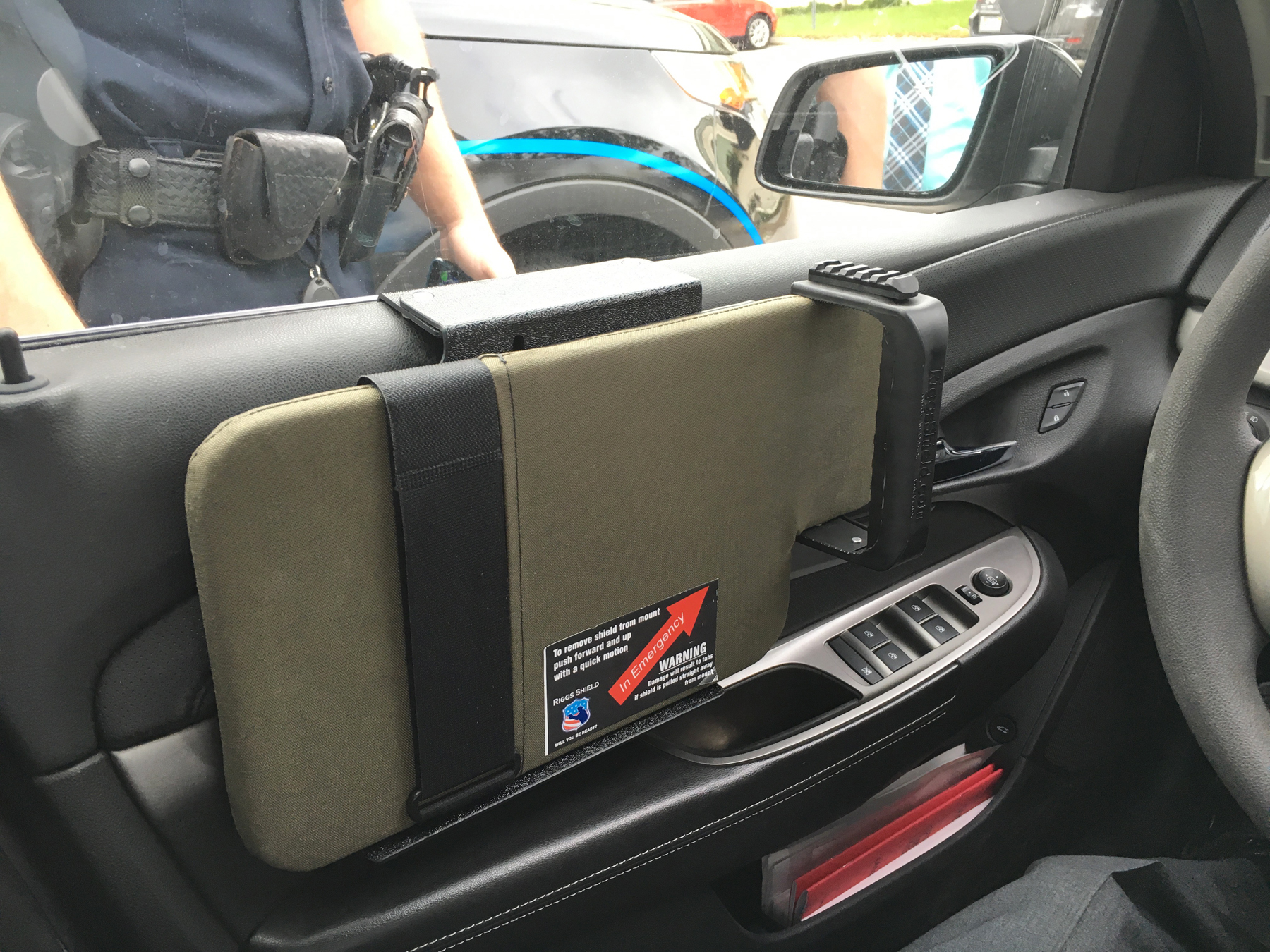 After examining the test and evaluation model, we took it outside to check its fit in some of our police cruisers.  It fit just fine in a “nearly extinct” Ford Crown Vic, a Ford Police Interceptor SUV, and a Chevrolet Tahoe (with a special Riggs mount).  The Riggs Shield was a bit tight in a Chevy Caprice, with the forward part of the shield obscuring the seat adjustment buttons, but it would work, nevertheless.  Though we did not have them handy, a Dodge Charger and Chevrolet Expedition will readily accept a Riggs Shield. 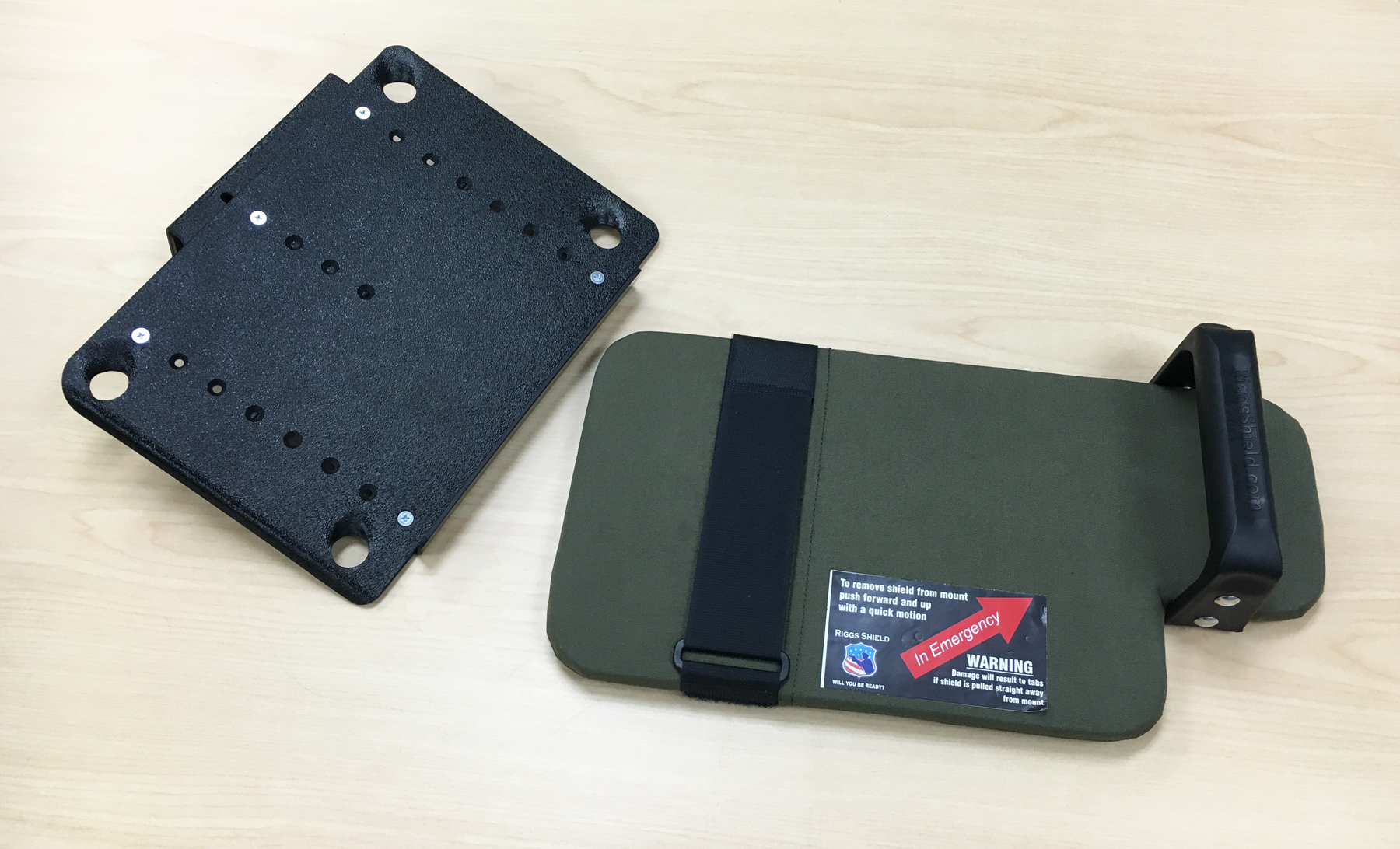 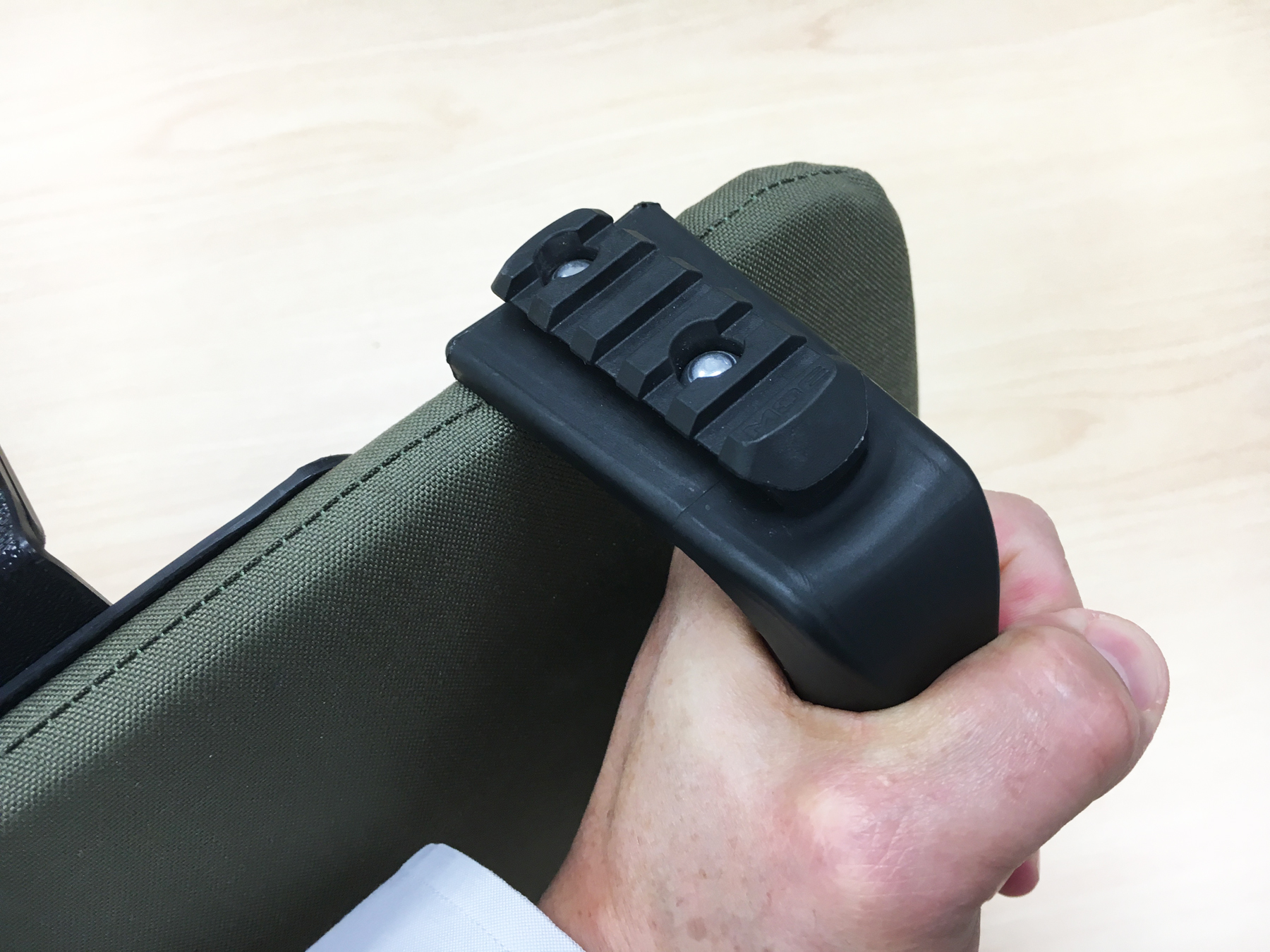 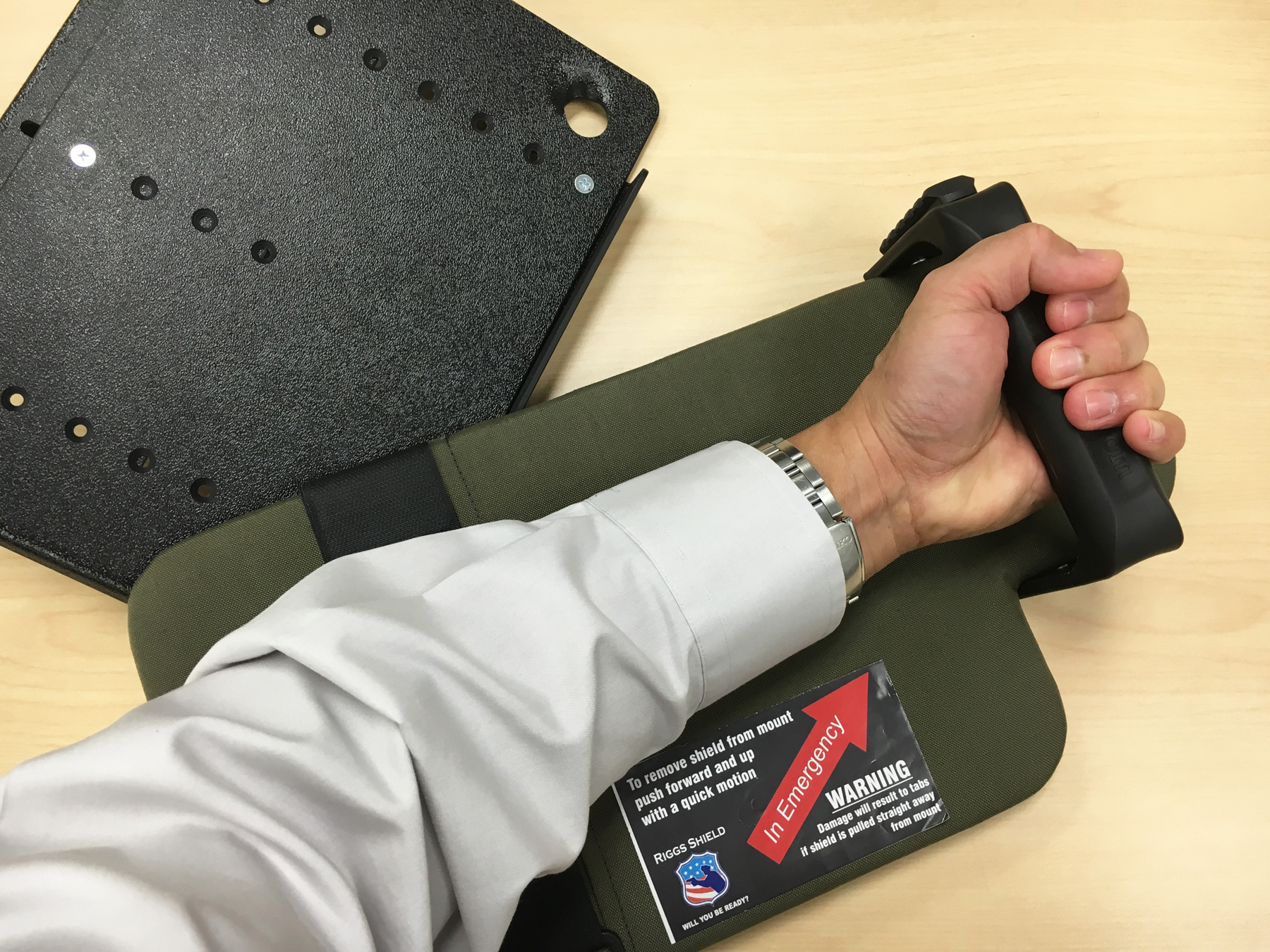 In manipulating the Riggs Shield, we felt it would give good protection to an officer’s head and neck area and fill some of the gap in the side of a ballistic vest if held in that way.  We are taught to square up to a threat to maximize the coverage to our torsos by our vests, but that is not always feasible either in a confined space or when moving.  This small shield would be helpful in that respect.

Aside from ambush protection, everyone had ideas for the Riggs Shield’s employment in felony or high-risk traffic stops, building searches, active shooter calls, and other instances when a little extra armor is not a bad thing.  On their website, I found a Riggs Shield can be ordered that fits on the passenger side for two-person units.  Most of the guys said they would like one in their car, mounted or not.

The Riggs Shield is Made in the USA and sold only to law enforcement and the Military.  It can be bought in a variety of colors and markings, with custom logos available.  Ours was a T&E model destined for a South American national police agency, thus the Policia lettering.  The Riggs Shield has a cost of $299.00.  That, to me, is a reasonable price to pay for this versatile piece of safety.